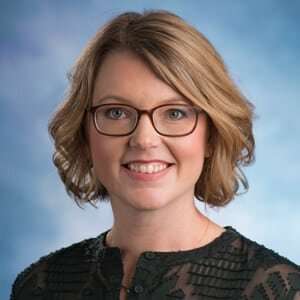 New HIV infections in the United States could be substantially reduced by up to 67 percent by 2030 if ambitious goals for HIV care and treatment are met and targeted prevention interventions for people at risk for HIV are rapidly scaled up, according to a study by Georgia State University and the University at Albany-SUNY.

The federal administration recently announced a goal to reduce new HIV infections by 90 percent in the next 10 years during the 2019 State of the Union address. This study shows the goal is unlikely to be achieved, but that it is possible to substantially reduce new HIV infections in the next decade with innovative models for delivering HIV care and prevention interventions and sufficient investments to bring them to scale.

The researchers analyzed the latest HIV surveillance data from the Centers for Disease Control and Prevention (CDC) and estimated how many new HIV infections could be averted through ambitious, but attainable, national HIV prevention goals.

They predict that meeting internationally accepted targets for HIV diagnosis and care by 2025 and preventing an additional 20 percent of transmissions through targeted interventions such as pre-exposure prophylaxis (PrEP) for people with HIV risk would enable the U.S. to reduce new HIV infections by 67 percent in the next decade.

Achieving this goal would require the percentage of people diagnosed with HIV who are receiving care to increase from under 70 percent to 95 percent in six years and 40 percent PrEP coverage among people at risk for HIV, levels that are unprecedented in the U.S. epidemic. The results are published in the journal AIDS and Behavior.

“It is important to set HIV prevention goals that are ambitious, but realistic,” said Dr. Heather Bradley, lead author of the study and assistant professor in the School of Public Health at Georgia State. “We know that treating people living with HIV greatly improves health and also prevents transmission of HIV infection to others. However, treating enough people to meaningfully reduce new HIV infections will require us to confront issues like poverty, unstable housing and mental health conditions that keep people living with HIV from accessing care.”

Progress to reduce HIV infections in the U.S., particularly among key minority and risk groups, has been relatively stagnant, and a new national HIV strategy with achievable targets is critically needed.