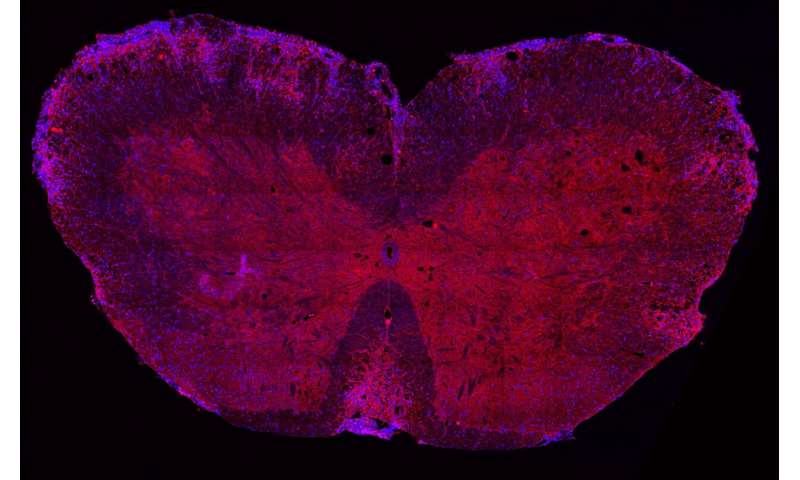 Scientists affiliated with the Center for Research on Inflammatory Diseases (CRID), hosted by the University of São Paulo (USP) in Brazil, have discovered that an enzyme involved in key metabolic processes also plays a role in immune cell differentiation and hence in the development of autoimmune diseases. The finding could contribute to the future development of new treatments and more cost-effective and resolutive medications for this kind of disease.

The study is reported in the Journal of Experimental Medicine. The article describes the role of PKM2 (pyruvate kinase M2), the enzyme responsible for the final step of glycolysis, in the development and maintenance of the exacerbated inflammation typical of autoimmune diseases. Glycolysis is the breakdown of glucose to extract energy for cellular metabolism.

“We demonstrated in the study that there’s a link between cellular metabolism and the immune system. It’s increasingly clear that enzymes and other metabolic molecules are important not just to cellular metabolism but also to other functions such as immune response. In this particular case we found that the enzyme PKM2 acts in parallel with the differentiation of Th17, a lymphocyte subtype that triggers experimental autoimmune encephalomyelitis, an animal model of multiple sclerosis,” said José Carlos Farias Alves Filho, a researcher at CRID, which is one of several Research, Innovation and Dissemination Centers (RIDCs) supported by São Paulo Research Foundation—FAPESP. CRID is hosted by USP’s Ribeirão Preto Medical School (FMRP-USP).

The study was conducted during the master’s research of Luis Eduardo Alves Damasceno, with a scholarship from FAPESP and supervision by Alves Filho.

In order to neutralize different pathogens specifically, immune cells called T lymphocytes differentiate into an array of subtypes, including T helper type 17 cells (Th17). These are associated with the development and maintenance of inflammation common to autoimmune diseases.

For poorly understood reasons, in autoimmune diseases such as multiple sclerosis, arthritis and psoriasis, the immune response can spiral out of control and lead T lymphocytes to attack their own organism as if it were a pathogen.

For his project, Damasceno used the model known as experimental immune encephalomyelitis, an inflammatory demyelinating disease of the central nervous system that causes loss of the myelin sheath protecting nerve fibers and allowing electrical impulses to transmit quickly and efficiently along them. The experimental model closely resembles the condition of patients with multiple sclerosis.

Th17 cells have long been known to play a key role in mediating the development of autoimmune disease and progression of the neuroinflammation typical of several autoimmune disorders. The initial auto-reactive response that triggers the disease occurs when Th17 cells mistake antigens present in the central nervous system for a threat, releasing large amounts of a pro-inflammatory protein called interleukin 17 (IL-17) into spinal cord and brain tissue lesions.

When PKM2 specific to T cells was excluded in vitro, Th17 differentiation was impaired and symptoms of the disease were attenuated, reducing the inflammation and demyelination mediated by Th17. “In the tests involving mice modified not to express the enzyme, development of the disease was reduced by over 50%,” Alves Filho said.The researchers also analyzed the use of commercial drugs that inhibit PKM2. “We used a drug that inhibits nuclear translocation of PKM2 so that the enzyme doesn’t reach the cell nucleus. The lymphocytes express the enzyme, but it doesn’t influence the development of the disease. It’s reduced because Th17 differentiation decreases,” he said.

Costs and benefits of treatment

The discovery of PKM2’s role in autoimmune diseases paves the way for the development of novel strategies to treat them. The immunosuppressants currently available on the market treat these diseases by inhibiting the cytokines that help activate and differentiate the various lymphocyte subtypes.

“An estimated 40% of patients don’t respond well to these drugs for one reason or another,” Alves Filho said. “They could be put on immunobiological drugs, which are highly beneficial but extremely expensive and unaffordable for many patients.”

The enzyme is part of CRID’s drug discovery platform. “In the study we used a commercial drug that targets an allosteric site of PKM2, blocking the enzyme’s ability to translocate to the Th17 cell nucleus,” he said. A new study has begun, in collaboration with the Bioscience National Laboratory (LNBio) at the Brazilian Center for Research in Energy and Materials (CNPEM) in Campinas, state of São Paulo, to develop drugs that target translocation of the enzyme.