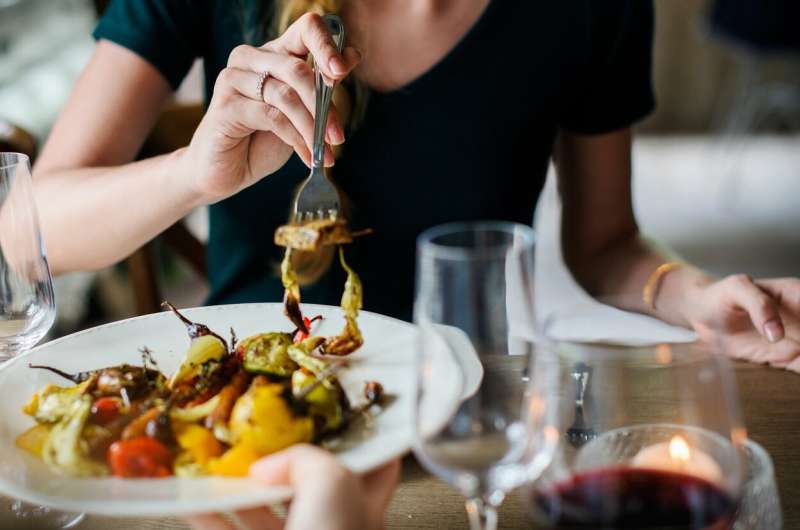 Blood sugar control, which is impaired in individuals with diabetes, is affected by various factors—including the timing of meals relative to sleep as well as levels of melatonin, a hormone primarily released at night that helps control sleep-wake cycles. In research published in Diabetes Care, a team led by investigators at Massachusetts General Hospital (MGH), Brigham and Women’s Hospital (BWH) and the University of Murcia in Spain conducted a clinical trial to look for connections between these two factors.

For the randomized crossover study that included 845 adults from Spain, each participant fasted for eight hours and then for the next two evenings had first an early meal and then a late meal relative to their typical bedtime. The investigators also analyzed each participant’s genetic code within the melatonin receptor-1b gene (MTNR1B) because previous research has linked a variant (called the G-allele) in MTNR1B with an elevated risk of type 2 diabetes.

“In natural late eaters, we simulated early and late dinner timing by administering a glucose drink and compared effects on blood sugar control over two hours,” explains Saxena. “We also examined differences between individuals who were carriers or not carriers of the genetic variant in the melatonin receptor.”

“We found that late eating disturbed blood sugar control in the whole group. Furthermore, this impaired glucose control was predominantly seen in genetic risk variant carriers, representing about half of the cohort,” says lead author Marta Garaulet, Ph.D., a professor of physiology and nutrition in the Department of Physiology at the University of Murcia.

“Our study results may be important in the effort towards prevention of type 2 diabetes,” says co-senior author Frank A.J.L. Scheer, Ph.D., MSc, director of the Medical Chronobiology Program at BWH. “Our findings are applicable to about a third of the population in the industrialized world who consume food close to bedtime, as well as other populations who eat at night, including shift workers, or those experiencing jetlag or night eating disorders, as well as those who routinely use melatonin supplements close to food intake.”