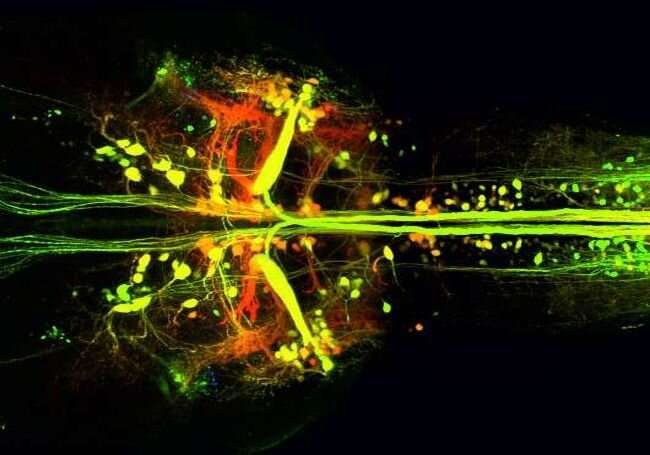 Researchers at Karolinska have uncovered how brain circuits encode the start, duration and sudden change of speed of locomotion. The study is published in Neuron.

Locomotion—”moving around” in the form of walking, running or swimming—is a universal behavior that allows us to interact with the world around us. An accurate control of the start and duration of a locomotor episode, combined with the ability to execute prompt changes in vigor and speed, are key features for the flexibility of locomotion. For example, we can suddenly change the speed of our locomotion from slow walking to running to adjust to our surroundings.

“Using the zebrafish as a model system, our previous work has revealed that the neurons in the spinal cord responsible for the execution of locomotion are assembled in circuits that comprise three modules, which act as gearshift mechanisms to increase the speed,” says Abdel El Manira, Professor at the Department of Neuroscience, and corresponding author of the article.

“An outstanding question that re-mained unsolved is how the upstream circuits, residing in the brain-stem, encode and convey the start, duration and change in locomotor speed to these executive circuits in the spinal cord.”

By exploiting the relative accessibility of adult zebrafish, combined with a broad range of techniques, the researchers can now reveal two brain circuits that encode the start, duration and sudden change in locomotor speed.

The brain circuits represent the initial step in the sequence of commands coding for the onset, duration, speed and vigor of locomotion. The two command streams revealed here, with their direct access to the spinal circuits, allow the animal to navigate through their environment by grading the speed and strength of their locomotor movements, while at the same time controlling directionality. These mechanisms in adult zebrafish can be extrapolated to mammalian model systems. 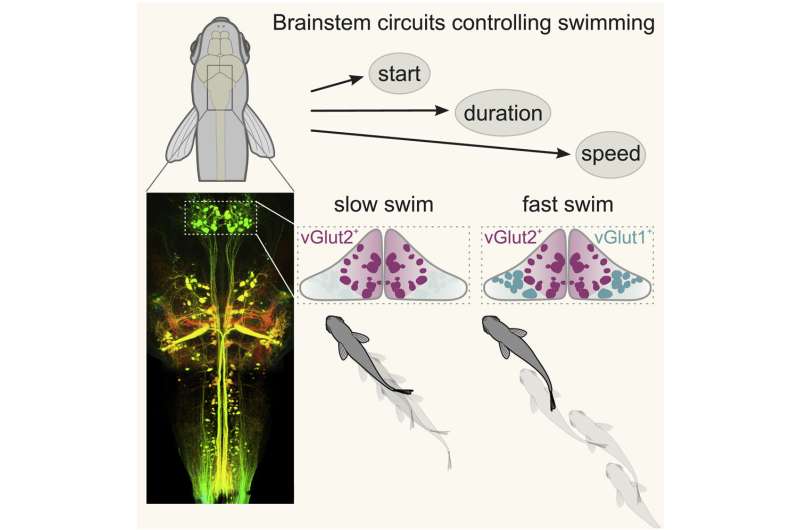 The next step will be to map the connectivity between these brain circuits and those in the spinal cord driving locomotion.