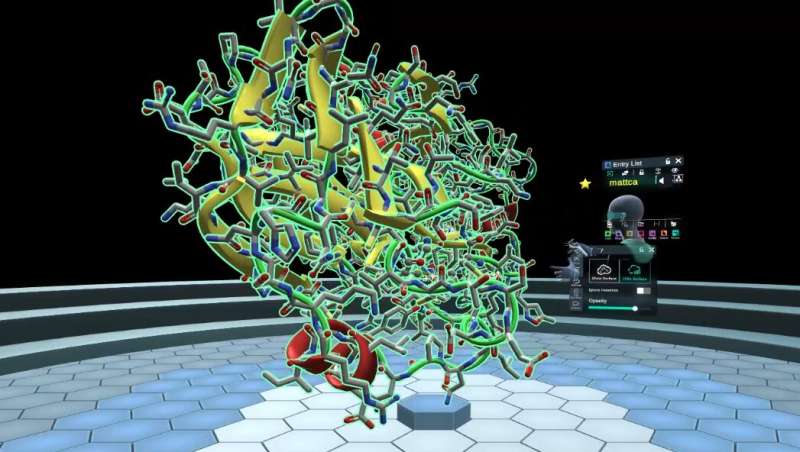 Dompé farmaceutici announced new data revealing a novel function of the SARS-CoV-2 spike (S) protein interaction with the human Estrogen Receptor Alpha (ERα) that may lead to the severe coagulopathy observed in patients with COVID-19 and a minority of subjects receiving the SARS-CoV-2 vaccine.

The data published today in Science Advances is a collaboration between researchers from Dompé farmaceutici, the National Institute on Drug Abuse, part of the U.S. National Institutes of Health, Johns Hopkins University, The Scripps Institute, Stanford School of Medicine, and the University of L’Aquila, in Italy.

It is well understood that the SARS-CoV-2 virus can cause severe vasculopathy, which may, in turn, result in fatal thrombosis. The team’s findings are consistent with the sex-specific differences in thrombosis observed in hospitalized patients with COVID-19, and in a minority of subjects receiving the SARS-CoV-2 vaccine, as reported earlier this year in the American Journal of Cardiology by an unrelated team.

The initial finding leading to the study emerged from the results of the Exscalate4CoV (E4C) project, a group composed of 30 public and private institutions from seven countries aimed at fighting Coronavirus with the latest European supercomputing resources and experimental facilities. The project leveraged the computational power of Exscalate, Dompé’s supercomputing platform exploiting a database of 500 billion molecules to find those capable of targeting clinically relevant coronavirus variants.

Due to its processing capacity of more than 3 million molecules per second, Exscalate is currently the most powerful intelligent supercomputing drug design platform running on Leonardo, the 4th most powerful supercomputer in the world. This processing power allowed the E4C researchers to rapidly select and repurpose a generic molecule (raloxifene) with known efficacy and tolerability as an estrogen modulator for treating osteoporosis. Using the Exscalate platform to identify spike protein binding partners beyond the canonical ACE2 receptor, researchers identified prominent interactions between two human estrogen receptors (ERα, ERβ) and SARS-CoV-2 spike protein.

After an unbiased primary screen to profile the binding of full-length spike protein against more than 9,000 human proteins, researchers found a consistent interaction with the human estrogen receptor alpha (ERα). Similarly, high ERα levels were measured in the damaged lungs of infected hamsters, as well as in human postmortem lung samples. The researchers suggest that, given the role of ERα in the coagulation cascade, S-protein could increase the pro-coagulation activity of endothelial cells leading to an enhanced risk of thrombosis.

While circulating estrogens play a protective role by regulating the immune response to infection, it may be possible that the modulation of ER signaling in SARS-CoV-2-infected lung tissue can stimulate proinflammatory signals leading to hypertrophy, vasoconstriction, and vessel obstruction. This concept has been validated by a further set of experimental findings, which are currently released in a pre-print and submitted to a peer-reviewed publication, demonstrating that the interaction between the spike protein and ERα leads to an increase in tissue factor (TF) and overall pro-coagulation activity in a human endothelial cell line, a result further confirmed by overexpressing S-protein in mice.

These findings are consistent with the researchers’ demonstration that deletion of the appropriate point mutations in the spike sequence abolished the binding of ERα and its effects without compromising its immunogenicity and pointing at a way to mitigate the rare side effects observed with the currently available vaccines.

“Supercomputing has already demonstrated its capacity to find answers to questions we could not answer only a few years ago,” said Roberto Viola, Director-General of the European Commission’s Directorate-General for Communications Networks, Content and Technology (DG CONNECT) who last week inaugurated Leonardo supercomputer in Bologna, Italy.

“And it will increasingly help us find solutions in all kinds of areas: from climate change with extreme weather forecasts and urban planning to understanding human brain and body. Medicine is the field where supercomputing is already giving concrete fruits. I am very proud of the support which the European Commission gave to the Exscalate4Cov consortium to discover promising leads for fighting COVID-19 more effectively.”

“Eventually, the overall evidence provides a solid rationale for some previously published results obtained by our team,” said Dompé farmaceutici’s Chief Scientific Officer, Marcello Allegretti, “namely, the beneficial role of estrogen receptor modulators, especially raloxifene, in preventing some of the infection side-effects and support raloxifene use for both therapy and vaccine side-effects mitigation.”