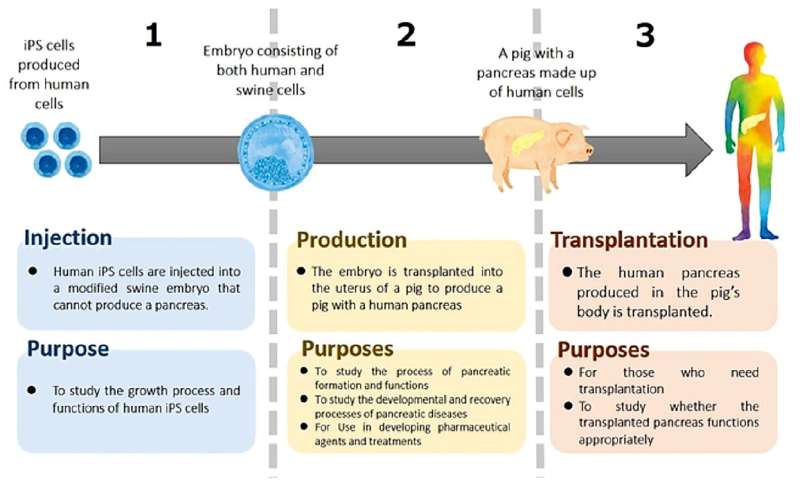 In September 2015, the US National Institutes of Health placed a funding moratorium on research that involves introducing human pluripotent stem cells into animal embryos—a practice that experts say is vital for advancing the field of regenerative medicine. To assess attitudes on human-animal chimeric embryo research, investigators conducted a survey among 430 Americans. The results of the survey, which found that 82% of people are supportive of at least some parts of this research, appear October 1 in the journal Stem Cell Reports.

“The take-home point is that the overall support for this kind of research across the American public is strong,” says co-author Francis Shen, a professor of law at the University of Minnesota and executive director of the Harvard Massachusetts General Hospital Center for Law, Brain, and Behavior. “I think this speaks to the public’s interest in the transformative potential of regenerative medicine for addressing disease in a variety of organs.”

“Public attitudes were more supportive than I thought would have been possible in the current political climate,” says first author Andrew Crane, a researcher in the Department of Neurosurgery at the University of Minnesota.

Crane and senior author Walter Low, a professor in the Department of Neurosurgery and Stem Cell Institute at the University of Minnesota, conduct research on stem cell applications for neurological disorders like Parkinson’s disease. One project focuses on generating human neural stem cells within pig brains. After learning that colleagues in Japan had done a survey on public attitudes about this type of research, they decided to conduct a similar study in the United States. Low and Crane began a collaboration with the Japan group and with Shen, who specializes in ethics at the intersection of law and neuroscience.

The participants knew “next to nothing “about this research going into the survey, Shen explains. “We used images, and we clarified how this research might be done, breaking it down into steps.”

The survey questions were designed to assess opinions on the progressive steps of human-animal chimeric embryo research, by asking participants which aspects of research they were willing to accept based on their personal feelings. For example, it included scenarios about first injecting human stem cells into a pig embryo, then transplanting that embryo into a pig uterus to produce a pig with a human organ, and finally transplanting that organ into a human patient. It also broke down research by organ, with support for some tissue types being higher than others: 61% for heart, 64% for blood, 73% for liver, and 62% for skin, versus 44% for sperm/eggs and 51% for brain.

“With regard to putting human brain cells into animal brains, we’ve heard concerns about the animals having some sort of human consciousness, but that’s quite far off from where the science is right now and from anything that we’ve tried to advocate for in our research,” Crane says. “We understand this is a concern that should not be taken lightly, but it shouldn’t prohibit us from moving the research forward.”

The survey was also designed to assess cultural differences, and the researchers were surprised to find that support was relatively high even among religious and cultural conservatives. The largest factor influencing opposition to the research was concern about animal rights.

“As investigators in the US, we’ve hit a roadblock with a lot of this research with regard to funding,” Crane says. He adds that a lack of funding could lead to the research moving to countries with fewer ethical safeguards in place.