With the spread of monkeypox across the world coming hot on the heels of COVID-19, there are fears that increasing outbreaks of diseases that jump from animals to humans could spark another pandemic.

While such diseases—called zoonoses—have been around for millennia, they have become more common in recent decades due to deforestation, mass livestock cultivation, climate change and other human-induced upheavals of the animal world, experts say.

Other diseases to leap from animals to humans include HIV, Ebola, Zika, SARS, MERS, bird flu and the bubonic plague.

The World Health Organization said on Thursday that it is still investigating the origins of COVID, but the “strongest evidence is still around zoonotic transmission”.

And with more than 1,000 monkeypox cases recorded globally over the last month, the UN agency has warned there is a “real” risk the disease could become established in dozens of countries.

“The number of times that these diseases cross into humans is increasing and then our ability to amplify that disease and move it on within our communities is increasing,” he said. 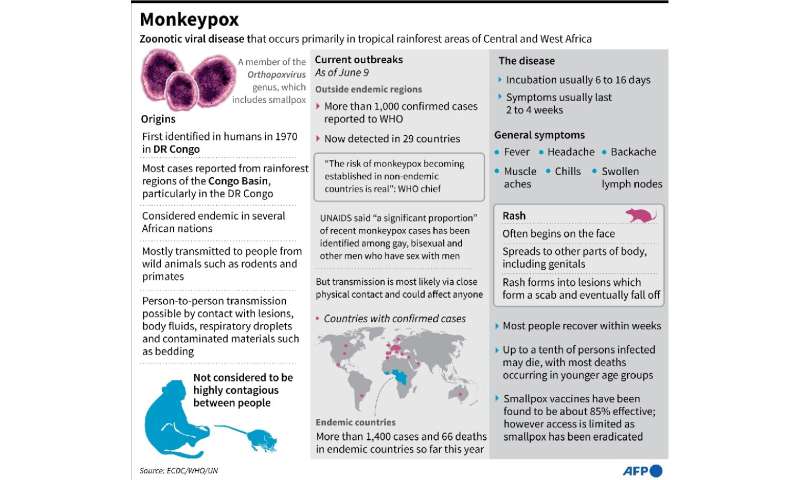 Monkeypox did not recently leap over to humans—the first human case was identified in DR Congo in 1970 and it has since been confined to areas in Central and Western Africa.

Despite its name, “the latest monkeypox outbreak has nothing to do with monkeys,” said Olivier Restif, epidemiologist at the University of Cambridge.

While it was first discovered in macaques, “zoonotic transmission is most often from rodents, and outbreaks spread by person-to-person contact,” he told AFP.

Worse yet to come?

Around 60 percent of all known human infections are zoonotic, as are 75 percent of all new and emerging infectious diseases, according to the UN Environment Program.

Restif said the number of zoonotic pathogens and outbreaks have increased in the past few decades due to “population growth, livestock growth and encroachment into wildlife habitats”.

“Wild animals have drastically changed their behaviors in response to human activities, migrating from their depleted habitats,” he said. 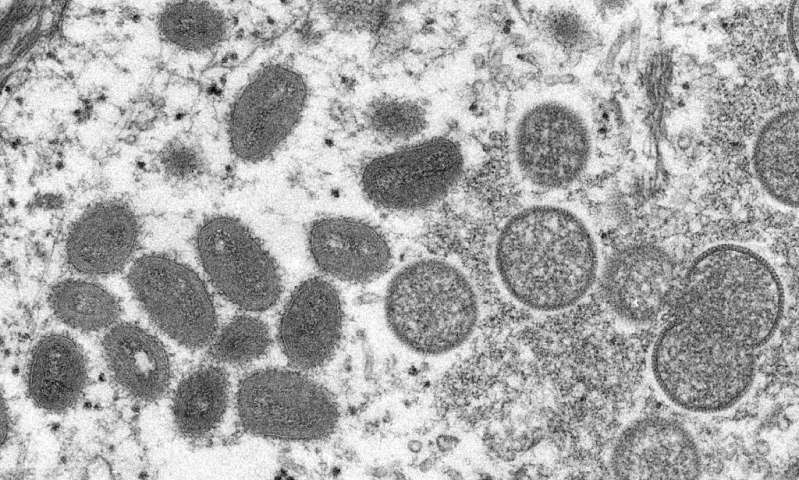 “Animals with weakened immune systems hanging around near people and domestic animals is a sure way of getting more pathogen transmission.”

Benjamin Roche, a specialist in zoonoses at France’s Institute of Research for Development, said that deforestation has had a major effect.

“Deforestation reduces biodiversity: we lose animals that naturally regulate viruses, which allows them to spread more easily,” he told AFP.

And worse may be to come, with a major study published earlier this year warning that climate change is ramping the risk of another pandemic.

As animals flee their warming natural habitats they will meet other species for the first time—potentially infecting them with some of the 10,000 zoonotic viruses believed to be “circulating silently” among wild mammals, mostly in tropical forests, the study said.

Greg Albery, a disease ecologist at Georgetown University who co-authored the study, told AFP that “the host-pathogen network is about to change substantially”. 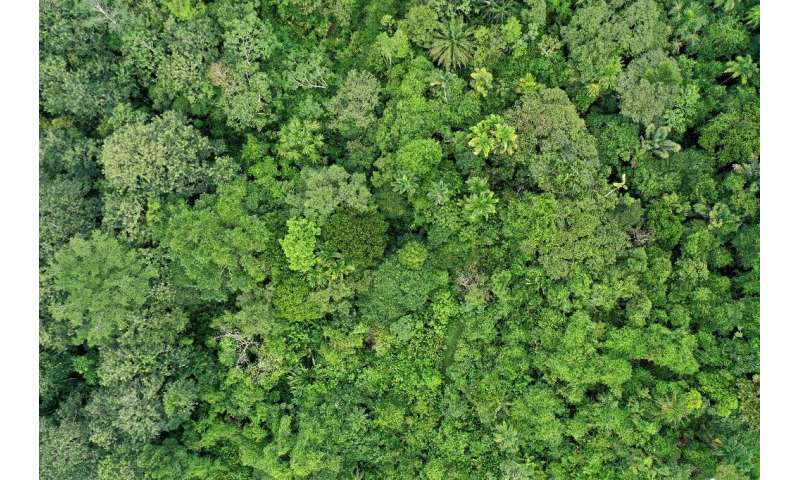 ‘We have to be ready’

“We need improved surveillance both in urban and wild animals so that we can identify when a pathogen has jumped from one species to another—and if the receiving host is urban or in close proximity to humans, we should get particularly concerned,” he said.

Eric Fevre, a specialist in infectious diseases at Britain’s University of Liverpool and the International Livestock Research Institute in Kenya, said that “a whole range of new, potentially dangerous diseases could emerge—we have to be ready”.

This includes “focusing the public health of populations” in remote environments and “better studying the ecology of these natural areas to understand how different species interact”.

Restif said that there is “no silver bullet—our best bet is to act at all levels to reduce the risk”.

“We need huge investment in frontline healthcare provision and testing capacity for deprived communities around the world, so that outbreaks can be detected, identified and controlled without delays,” he said.

On Thursday, a WHO scientific advisory group released a preliminary report outlining what needs to be done when a new zoonotic pathogen emerges.