The high-tech armband that could prevent night-time epilepsy deaths 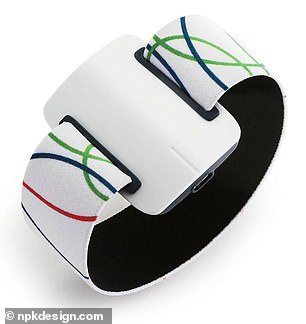 NightWatch: The high-tech armband could help thousands of people with epilepsy

A high-tech armband that detects night-time seizures before they start could help thousands of people with epilepsy.

The device, worn on the upper part of either arm, works by tracking the patient’s heart rate while they sleep.

Every year, hundreds of people in the UK die suddenly as a result of having an epileptic seizure, typically at night, often because the patient suffocates in bed while having a seizure lying face down, or because they vomited during a fit and choked.

In more than half of epilepsy patients, it has been shown that there is a sudden increase in heart rate in the minute or so before a seizure strikes.

If the armband detects a sudden increase in heart rate, it sounds an alarm to wake the patient before the seizure occurs and also sends an alert via smartphone to a carer or family member.

The gadget, called NightWatch, could reduce the number of lives lost to Sudden Unexpected Death in Epilepsy (SUDEP), the majority of which occur during the night.

Around 600,000 people in the UK have epilepsy — that’s around 1 in 103 people. Seizures are the most common symptom of the condition and occur when electrical impulses that ferry messages between cells in the brain get disrupted.

Some people experience seizure as a ‘trance-like’ state for a few seconds or minutes; others can lose consciousness and suffer convulsions. A wide range of drugs are available, but up to 30 per cent of patients do not respond to these and may require more invasive treatment, such as surgery to remove the part of the brain affected by the seizures.

Night-time seizures claim the lives of around 600 people a year in the UK.

Some patients use sensors under the mattress to detect seizures during sleep. These alert carers, usually by sounding an alarm, once they detect jerky limb movements that occur when a seizure is happening.

But they are only triggered once a seizure is already under way and, research shows, miss up to three out of four attacks. By contrast, the armband predicts the onset of a fit, sounding an alarm to wake the patient and giving carers vital time to reach them. 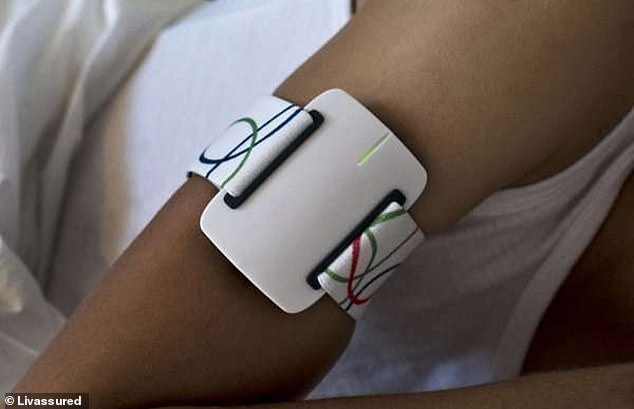 Effective: The device works by measuring the pulse rate in blood vessels in the upper arm, which can rise by ten beats per minute in the minute or so before the onset of a seizure

It works by measuring the pulse rate in blood vessels in the upper arm, which can rise by ten beats per minute in the minute or so before the onset of a seizure.

Scientists at Eindhoven University of Technology in The Netherlands tested the NightWatch bracelet on 29 people with epilepsy over 65 nights, comparing it with a mattress sensor.

The results, published in the journal Neurology, showed the armband detected 85 per cent of all severe night-time seizures —compared with just 21 per cent with the mattress sensors.

The device is still under development, but could be available to patients in the UK within the next couple of years.

Markus Reuber, a professor of clinical neurology at the University of Sheffield, said: ‘Devices which could alert others when someone is having a seizure in their sleep could be very useful.

‘Many older devices are not particularly reliable, but the NightWatch holds the promise of being more accurate.’