With 250 Australians being diagnosed with dementia daily, the role diet plays in dementia should not be disregarded.

Dementia is a broad term for diseases that gradually reduce brain function (Alzheimer’s being one of them). These diseases cause thinking, behaviour, and the ability to carry out everyday tasks to become significantly impaired over time, affecting quality of life. 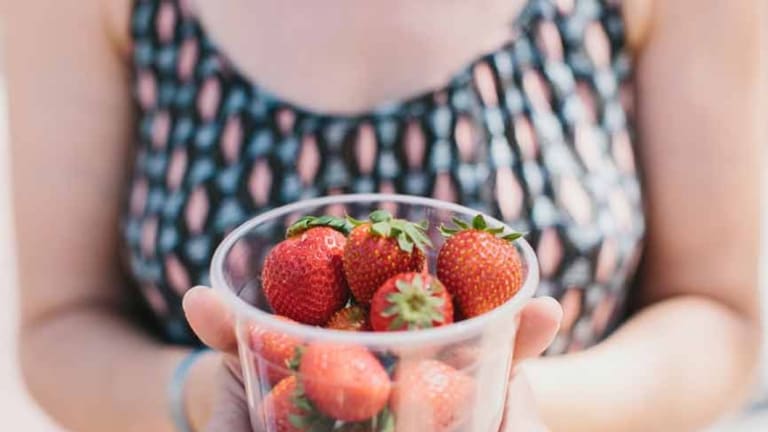 There have been suggestions that anti-inflammatory foods could be helpful in maintaining brain health.Credit:Stocksy

A review of available research by Alzheimer’s Disease International revealed there are two important things to consider regarding the connection between the food on our plates and dementia, says Melbourne geriatrician Dr Sunil Thota.

“Prevention [via nutrition], and maintaining nutrition in the vulnerable."

“Although the evidence is partial, the Mediterranean diet has the most promising findings in regards to lessening the chances of dementia, or preventing it. Immense and further studies are underway to [determine a] direct correlation.”

In one randomised trial, the addition of extra virgin olive oil or nuts – components of the Mediterranean diet – resulted in improved cognition (thought processes), whereas a low-fat diet did not.

The Mediterranean diet’s anti-inflammatory and antioxidant properties are two elements which some hypothesise might make it benefit brain health, as dementia is an inflammatory disease, and oxidation may play a role in brain changes.

The role of vitamin B6, B12, vitamin E and omega-3 fatty acids in reducing dementia occurrence and risk has also been suggested.

"As a general rule from studies we know these things are helpful but to what extent we don’t know,” Thota says.

Undernutrition is the second, and more concrete piece of the diet and dementia puzzle, particularly in the elderly population, where Thota says "malnourishment has a major role in the progression of dementia – and the rapid decline of the patient".

After dementia-onset people tend to lose weight, and undernutrition follows, largely due to lack of resources, Thota explains.

“They might [lack the ability to cook, and lose access to nutritional food, coming to rely on supermarket meals or meal [delivery services].

“Or the weight loss can be due to the transition to residential care, where [an individual with dementia] becomes frailer and less interested in food. This might have something to do with brain changes, or dentures, a loss of smell and taste, or the fact that they don’t know how to feed themselves [due to the dementia].”

There is more evidence surrounding the role diet plays for people who are already elderly with dementia.

"If we can stop them from losing weight – by changing their diets, making meals more appealing to them, and teaching staff how to intervene and feed – there will be more prospects in delaying the dementia process,” Thota says, adding that meal replacements and vitamin supplements should be provided if necessary.

Limiting alcohol intake is also important, as is reducing obesity in middle age.

"If you maintain a healthy weight and lifestyle with diet and exercise, that in itself improves your risk factors for cardiovascular disease, diabetes and stroke – all risk factors for dementia.”

Where to seek support

A local practitioner (GP), community health worker or “any medical professional” can be consulted for dietary guidance.

“Or alert nursing home staff [if you think] dietitian-intervention [may be needed]," Thota says.

“Anyone – friends, family, neighbours – can request a comprehensive assessment from My Aged Care, urgently [if necessary] for a multidisciplinary review and support."

For more information visit HealthShare, a joint venture with Fairfax to improve the health of Australians.