ROGER DOBSON: The new op to beat women’s monthly misery – and it WON’T leave a scar

A NEW incision-free hysterectomy promises a swift recovery and no scarring. Heather West, 53, from Gravesend, Kent, was one of the first in the UK to benefit, as she tells ROGER DOBSON.

My problems began around 20 years ago after I had my second child. Each month, my periods were heavy and prolonged, lasting ten to 15 days.

It became very embarrassing. Just going out was difficult as I always needed to have a loo close at hand and had to take ‘supplies’ everywhere.

I frequently leaked using the most absorbent sanitary towels and tampons after only 15 minutes. It meant typical holiday activities and just wearing a swimsuit were off the agenda.

I also felt exhausted most of the time. I think I was depressed by my health, and I avoided going out, so it became debilitating. Yet I didn’t know the bleeding was any different from other women my age, as you often hear that bleeding becomes worse as you get older. I just suffered in silence, thinking if I could get to the menopause, my problems would end.

But just over two years ago I felt shattered and finally went to see a lady GP who diagnosed anaemia, a lack of iron brought on by the excessive bleeding, and prescribed iron tablets. She also referred me to an NHS consultant about the source of the problem. After a scan I was advised that it was caused by fibroids, benign growths in the womb. 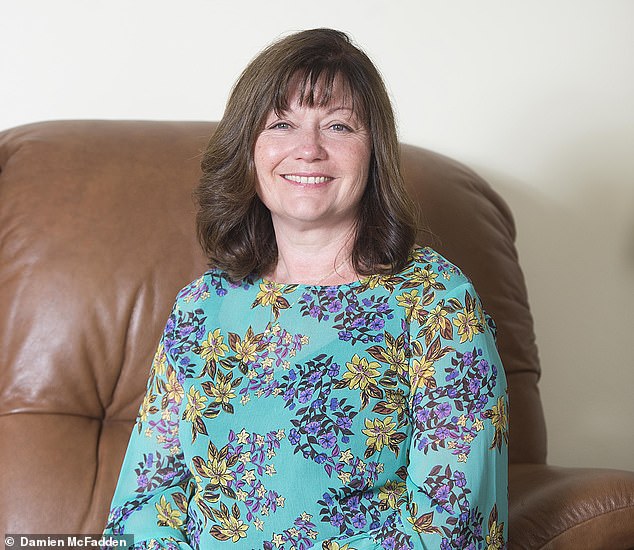 Following the scan, in July 2018 I was referred to an NHS hospital for endometrial ablation, where the lining of the uterus is burnt and destroyed to reduce the bleeding. But during the operation it was revealed that I had an unusually shaped womb, so the procedure had to be abandoned.

Instead, I had the contraceptive coil fitted there and then — it releases a hormone which thins the lining of the womb, reducing or preventing periods altogether — but it did not work for me. In fact, from July 2018 to February 2019 I was bleeding non-stop.

The effect on my day-to-day life was very stressful. I had to carry bags of sanitary towels wherever I went. I could just about deal with monthly periods but the excess bleeding was too much. I was desperate to get the problem sorted.

After three months I went back to the consultant and was advised to have a hysterectomy.

Through my Benenden Health membership (a not-for-profit membership organisation which offers discretionary payments for health treatments as an alternative to private health insurance) I saw consultant Elias Kovoor in December 2018 who told me about a new form of hysterectomy performed through the vagina which would mean less pain, and faster recovery.

What’s more, I wouldn’t have any external scars. In February this year, I had the operation at the Benenden Hospital in Kent.I had a general anaesthetic, and was just over an hour in theatre. I still remember the pain following Caesareans with both of my children, and a neighbour who recently had a keyhole hysterectomy was doubled over in pain when I saw her afterwards.

So I woke up expecting the worst — and yet felt no pain. In fact I asked the nurses several times if they had actually carried out the surgery. I was well enough to be discharged the next afternoon.

It was miraculous. I had no cuts, could walk normally, sit, stand and get out of bed without any discomfort. Occasionally I had a dull period-like ache in my abdomen for which I took two over-the-counter pain relief tablets, but I could have done without them. Best of all, the bleeding had completely stopped. 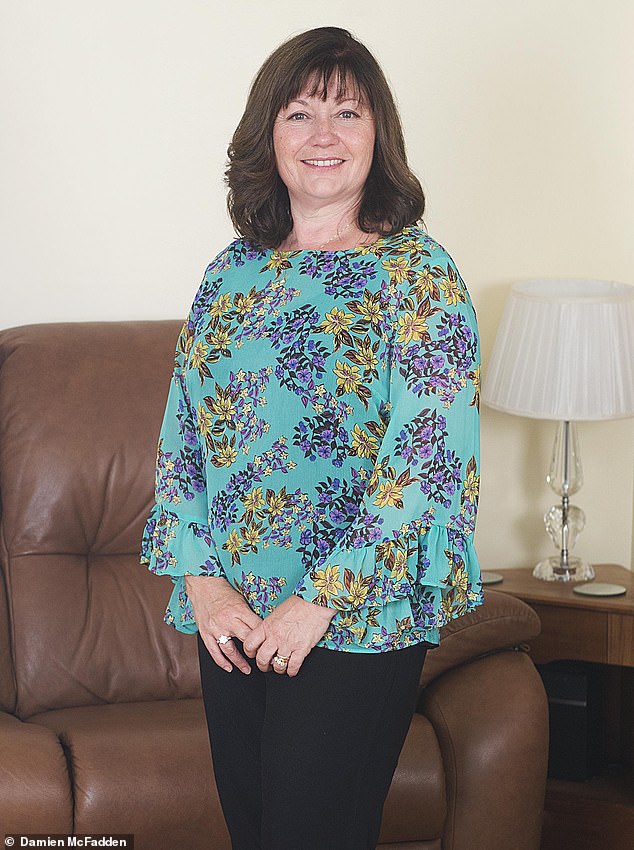 For Heather the surgery seemed like a miracle, overnight her issues were abated and she was back home the following afternoon

I was out on walks within a few days. Six months on, I have had no pain at all, and am relieved to be free from bleeding altogether.

I am having a few hot flushes as removing my womb means dealing with the effects of the menopause, but that’s nothing compared to the way my life has been governed by my body for so many years. I have been put onto HRT gel and have found the correct amount to suit me. This procedure has revolutionised my life. I can wear light-coloured clothes which I haven’t done in years, always sticking to dark, ‘no-show’, colours. I have so much energy that when I go out I am actually getting up dancing and having fun again.

I definitely have my mojo back and am happy and more liberated than any time in my adult life. Roll on that swimsuit — here I come.

Elias Kovoor is consultant gynaecologist at Maidstone and Tunbridge Wells NHS Trust and the Benenden Hospital in Kent.

Hysterectomy is carried out for a number of reasons, including heavy periods, long-term pelvic pain, tumours or fibroids, and cancer. More than 30,000 are carried out in the UK each year.

In abdominal hysterectomy, the womb is removed through an incision in the lower tummy similar to that in a Caesarean. In laparoscopic hysterectomy, three or four small cuts in the abdomen are made through which instruments are inserted and the womb removed. A vaginal hysterectomy is performed internally through a cut of up to 5 cm made around the cervix or neck of the womb, in the top of the vaginal canal, and there are no external incisions.

What are the risks?

Complications can include bleeding, infection, blood clots (DVT) and rarely, injuries to the bladder, bowel or ureter.

Haitham Hamoda, a consultant gynaecologist at King’s College Hospital, in London, says: ‘In principle, this procedure (vNOTES) may offer an additional option in cases where there may be limitations to offering a vaginal hysterectomy (either in women who have had previous surgery and have adhesions or where there is a desire to remove the ovaries and Fallopian tubes at the time of a hysterectomy).’

Studies have shown vaginal hysterectomy is best for recovery and should be offered whenever possible, though this is often not the case, as it is difficult to perform on women who have not given birth or who also need their ovaries removed.

This procedure was performed in the UK for the first time last year by me and my colleague Mr Abhishek Gupta and is known as transvaginal natural orifice transluminal endoscopic surgery or vNOTES and it combines the laparoscopic and vaginal approach, giving access to the entire abdomen and pelvis.

First, the bladder has to be pushed away from the cervix and the uterus.

Lower gas pressure reduces pain and causes less strain on the lungs during anaesthesia. This gas distends the abdomen, creating space between the organs allowing the surgeon to use instruments on the target tissue with less chance of touching surrounding tissues.

Then, an incision is made around the cervix and the womb is detached from ligaments that hold it in place. The telescope and long laparoscopic instruments give good accessibility and vision of the abdomen and pelvis so the ovaries and Fallopian tubes can be removed, too.

Once complete, the gas is let out and the vaginal incision closed with dissolvable stitches. There were no major complications in our initial series of 33 patients. More than 100 cases have now been performed in Dartford and Gravesham NHS and Benenden Hospital, the first centres in the UK where this is routinely offered.

The most striking observation is the reduced pain and quicker recovery than traditional laparoscopic or vaginal approaches — generally, a day’s recovery in hospital rather than two or three.

In future, we plan to have patients treated and discharged within 12 hours.