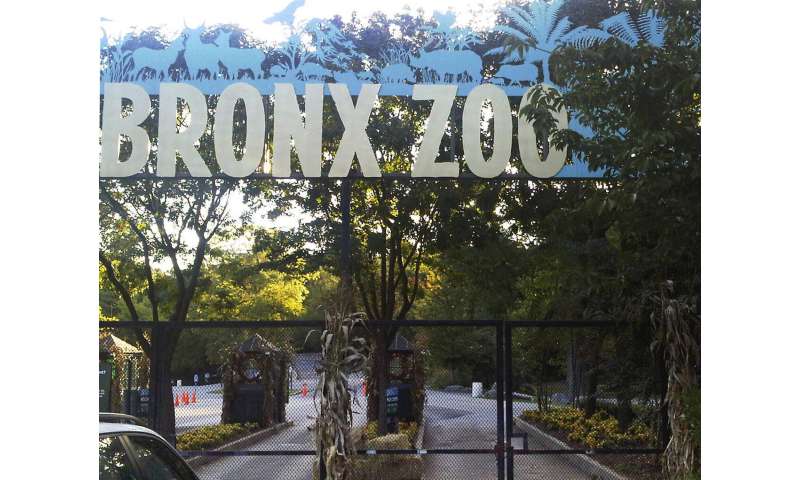 A tiger at the Bronx Zoo has tested positive for the new coronavirus, in what is believed to be the first known infection in an animal in the U.S. or a tiger anywhere, federal officials and the zoo said Sunday.

The 4-year-old Malayan tiger, and six other tigers and lions that have also fallen ill, are believed to have been infected by a zoo employee, the U.S. Department of Agriculture said. The first animal started showing symptoms March 27, and all are expected to recover, said the zoo, which has been closed to the public since March 16.

“We tested the cat out of an abundance of caution” and aim to “contribute to the world’s continuing understanding of this novel coronavirus,” said Dr. Paul Calle, the zoo’s chief veterinarian.

“It’s important to assure pet owners and animal owners that at this time there isn’t any evidence that they can spread the virus,” said Dr. Jane Rooney, a veterinarian and a USDA official.

The coronavirus outbreaks around the world are driven by person-to-person transmission, experts say.

There have been reports of a small number of pets outside the United States becoming infected after close contact with contagious people, including a Hong Kong dog that tested positive for a low level of the pathogen in February and early March. Hong Kong agriculture authorities concluded that pet dogs and cats couldn’t pass the virus to human beings but could test positive if exposed by their owners.

Some researchers have been trying to understand the susceptibility of different animal species to the virus, and to determine how it spreads among animals, according to the Paris-based World Organization for Animal Health.