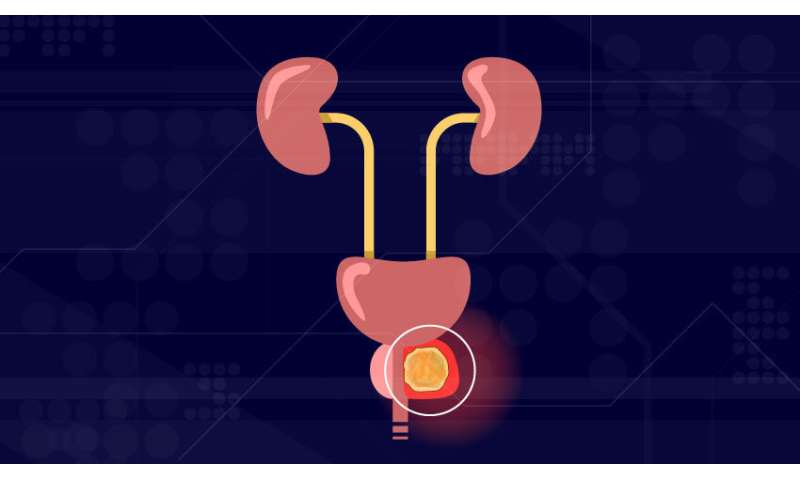 Doctors and biostatisticians at the University of Michigan Rogel Cancer Center have led the development and validation of a staging system to better predict outcomes and inform treatment decisions for men diagnosed with non-metastatic prostate cancer.

Although it is one of the most common cancers worldwide, prostate cancer remains one of the few major cancers for which the familiar, numerical staging system—ranging from stage 1 to stage 4—has not been adopted into national guidelines for treatment or for the testing of new medicines in clinical trials.

The new proposed system—dubbed STAR-CAP—which appears in JAMA Oncology, draws on patient, tumor and outcomes data from nearly 20,000 patients from 55 centers in the U.S., Canada and Europe to create a robust model with strong prognostic power.

“Localized prostate cancer is sometimes less aggressive, sometimes more—and whether we’re patients, physicians or researchers, we all want to know as best we can how aggressive a particular cancer is likely to be,” says study co-first author Robert Dess, M.D., an assistant professor of radiation oncology at Michigan Medicine. “That information helps with our conversations with patients, it helps with clinical trial design and it is particularly valuable when you can make those estimates based off of standard information that you would collect when you first see a patient to discuss their treatment options.”

The system assigns patients to a particular stage through a point system based on several key variables. These include the patient’s age, tumor category, Gleason grade of cell abnormality and prostate-specific antigen levels, also known as PSA levels. And STAR-CAP uses more granularity in these categories than many of the previous models, the authors note.

The model divides patients into nine stages of non-metastatic prostate cancer based on their point score—from stage 1 to stage 3, with each stage split into substages of A, B and C.

STAR-CAP’s predictions outperformed or equaled previous, non-validated models, including the current American Joint Committee on Cancer staging system, the study notes. And for a significant number of patients, the new model would reclassify them as having less advanced disease—22% of patients, for example, who would be classified as stage 3A under the AJCC’s 8th edition criteria would be classified as stage 1C using the STAR-CAP system, a downgrade of four classification steps.

“This is the kind of information that can give patients and doctors more confidence when discussing treatment options and expected outcomes,” Dess says.

Several years ago, the AJCC established criteria to evaluate prediction models for the staging of prostate cancer—however, since no models met the criteria, the most recent staging designations were based on the consensus of experts in the field, says study co-senior author Daniel Spratt, M.D., the Laurie Snow Endowed Research Professor of Radiation Oncology at Michigan Medicine.

“None of the previous models evaluated met the criteria, so none of them could be used,” Spratt says. “So we said, ‘Well, let’s make one.’ We wanted it to be transparent, robust and validated, so that we can start moving closer to communicate using a common staging system, similar to other cancers. Right now we primarily categorize people as low risk, intermediate risk or high risk—which is a fairly blunt and imprecise system.”

Moreover, the new scoring system is designed to be able to be used worldwide with information that is commonly gathered about a patient and their cancer.

“We’re leveraging a backbone of more than three decades of research,” Dess says. “And we wanted to do it in a formal way and provide the best validated prognostic system we could come up with that was simple, easy to use, and that relied on readily available information.”

The team has made the scoring system available to doctors and researcher worldwide via a web-based app at STAR-CAP.org.

“We know that some of the newest tools that we have that are just coming online like genomics or molecular imaging may improve upon this system, but we wanted to create the best, most widely accessible model based on the data we currently have—understanding that new tools may help us develop even better models in the future,” Dess says.

Both Dess and Spratt stressed that the effort would not have been possible without co-first author Krithika Suresh, Ph.D., a former biostatistics graduate student, and co-senior author Matthew Schipper, Ph.D., a research professor of biostatistics at the School of Public Health and research associate professor of radiation oncology at Michigan Medicine, who led the work’s complex statistical analyses. Elizabeth Chase, a doctoral candidate in biostatistics was also instrumental, helping to design and develop the online web application, they said.

Nor would the work have been possible without the participation of numerous national and international collaborators.