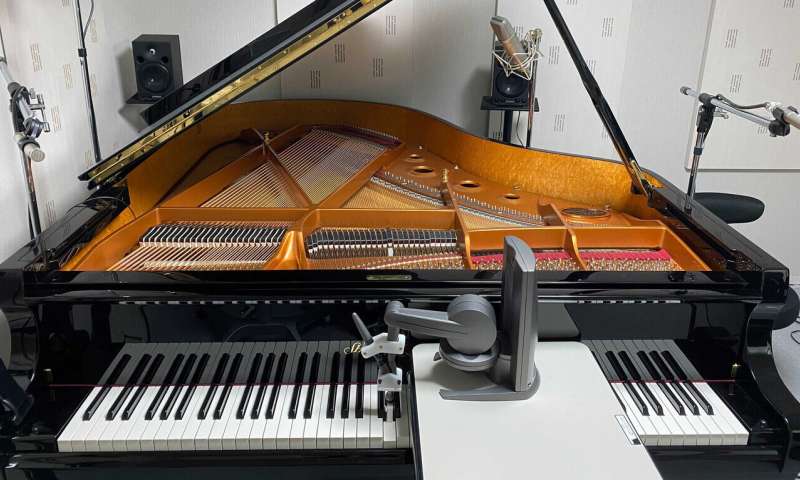 A trio of researchers with Sony Computer Sciences Laboratories and Sophia University has found a way to use haptic feedback to improve enhanced force control and improve the piano keystrokes of elite players. The paper, by M. Hirano, M. Sakurada and S. Furuya, is published in the journal Science Advances.

Haptic feedback has received much press in recent years, mostly as it relates to virtual reality computer games. The term describes using touch to communicate—such as vibrations used in smartphones. In this new effort, the researchers wondered if giving elite piano players enhanced feedback via a haptic system might help them improve their playing skills. To find out, they installed a haptic feedback system on a standard piano and provided haptic feedback to players.

The experiments involved the participation of 74 trained pianists who play at very high levels and 25 people with no piano playing experience at all. They used the piano haptic feedback system to see if it provided any benefits. The haptic system worked by applying different levels of pressure to piano keys that had been muted in a way that made them either harder or easier to push than normal. As a volunteer lightly struck a key, twice, while listening to white noise on a headset, they were asked which of the two key strikes felt “heavier” to them. Doing so allowed the volunteers to learn very quickly to judge the true weight of the keystrokes, which gave them greater control of the pressure exerted on the key as they struck it. 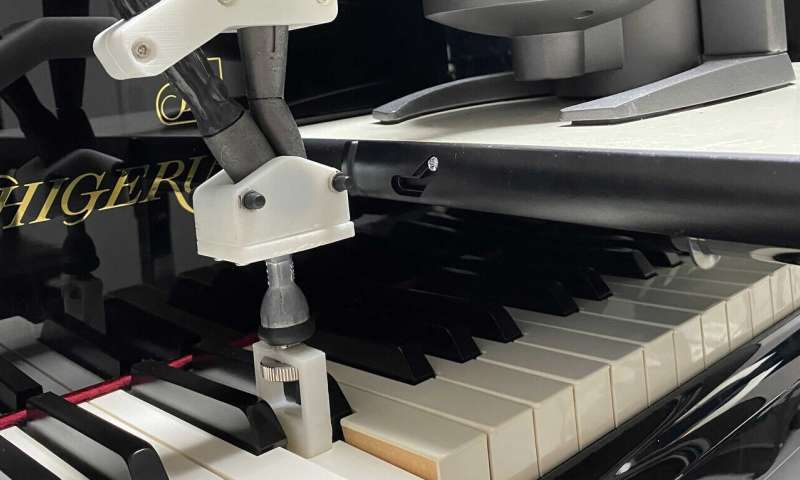