Vitamin B12 is plays an essential in role in helping the body to perform its vital functions. The body needs this nutrient to make healthy red blood cells and to keep its nervous system working properly. Vitamin B12 occurs when a lack of the vitamin affects the body’s ability to produce fully functioning red blood cells. Insufficient levels of the vitamin can manifest itself in many ways.

The condition can be overlooked or confused with something else

According to Harvard Health: “Vitamin B12 deficiency can be slow to develop, causing symptoms to appear gradually and intensify over time.

“It can also come on relatively quickly. Given the array of symptoms a vitamin B12 deficiency can cause, the condition can be overlooked or confused with something else.”

One unusual symptom of the condition is a swollen, inflamed tongue. This symptom occurs because vitamin B-12 deficiency causes a reduction in red blood cell production, which results in less oxygen reaching the tongue. The condition is often medically known as glossitis.

One study followed a 61-year-old woman with a six month history of a persistent burning sensation on her tongue. The investigation revealed she had low levels of vitamin B12. According to the study: “The patient was referred to her primary care physician for further management of the condition.

“She received a single injection (1000 μg) of vitamin B12, which resulted in complete resolution of her symptoms and the normal clinical appearance of her tongue after three days.”

The study also noted that glossitis is present in up to 25 percent of vitamin B12 cases. 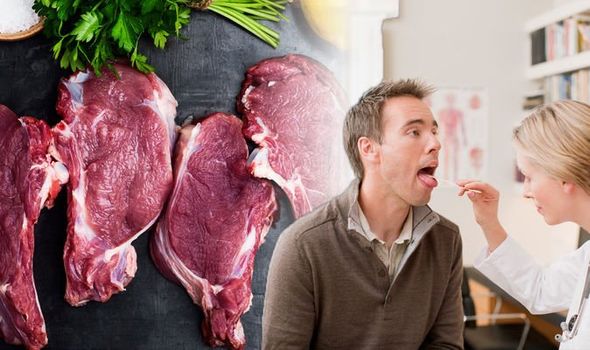 Other symptoms of a vitamin B12 deficiency can include:

The most common cause of vitamin B12 deficiency is pernicious anaemia, said the NHS.

Another primary cause of the condition is a lack of the vitamin in a person’s diet. 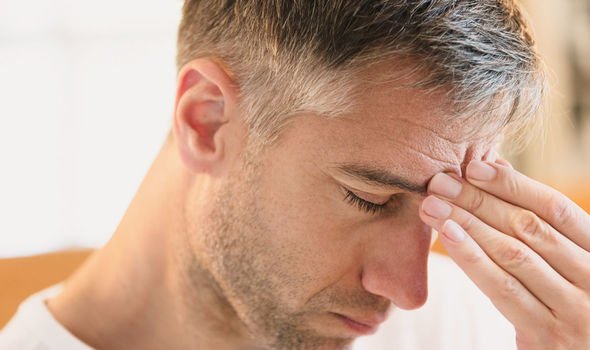 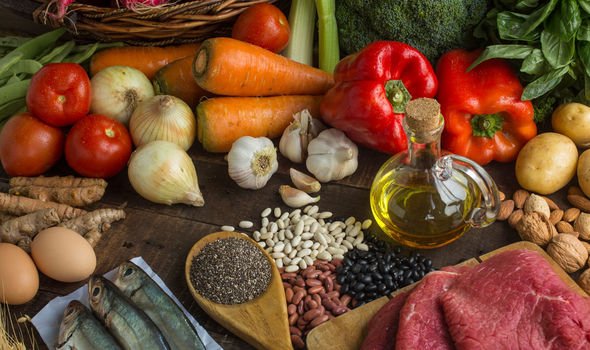 According to the NHS: “A diet that includes meat, fish and dairy products usually provides enough vitamin B12, but people who do not regularly eat these foods, such as those following a vegan diet or who have a generally very poor diet, can become deficient.

“Stores of vitamin B12 in the body can last around two to four years without being replenished, so it can take a long time for any problems to develop after a dietary change.”

Some stomach conditions or stomach operations can also prevent the absorption of enough vitamin B12.

“For example, a gastrectomy, a surgical procedure where part of your stomach is removed, increases your risk of developing a vitamin B12 deficiency,” noted the health body.

The treatment for vitamin B12 or folate deficiency anaemia depends on what’s causing the condition.

Most people can be easily treated with injections or tablets to replace the missing vitamins, added the NHS.