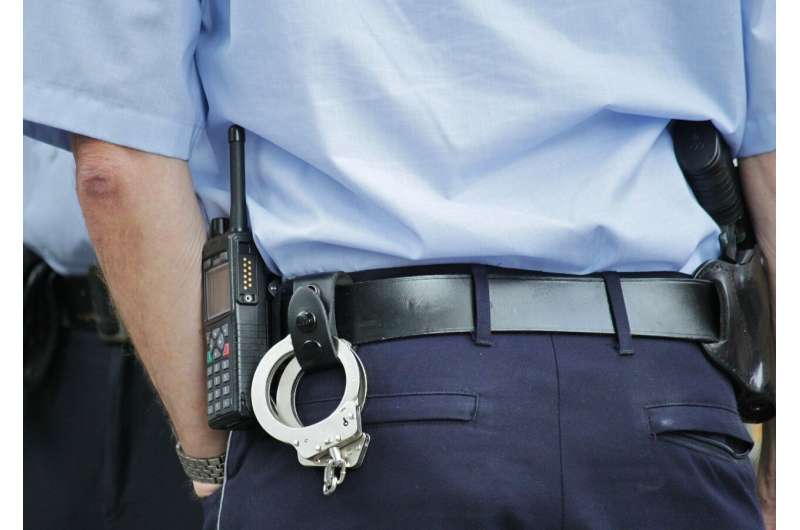 Weighted restraint, which is used in law enforcement when officers apply their body weight to a subject to control their movements during apprehension, is associated with increased breathing effort after physical exercise, according to a study published in Scientific Reports. The findings are based on model scenarios of different types of restraint tested in 17 healthy volunteers.

Mark Campbell and colleagues investigated the combined effects of physical exertion, prone positioning (lying down), restraint, and body compression on breathing and the distribution of air in the lungs by testing 17 volunteers in different experimental conditions. As part of the experiments, the volunteers exercised on a stationary bike at 70% of their maximum heart rate for three minutes before being asked to lie down on their front with their arms in one of three positions: at the side (control), or clasped in the small of the back or on the back of the head (restraint positions). The authors compared the positions after exercise with and without adding a weight of bagged sand which was 35% of the volunteers’ own body weight between their shoulder blades.