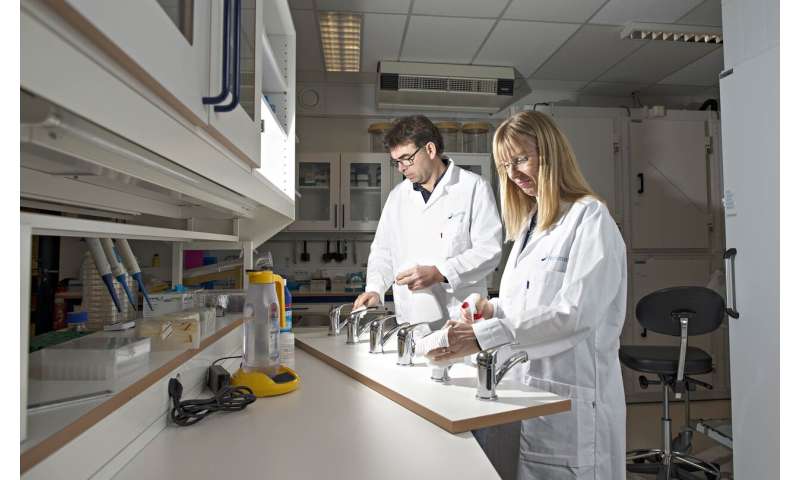 Food and humans can carry and spread dangerous microbes, and cleaning can protect you from getting sick. But it also takes time, uses chemicals and water and some people are concerned that excessive cleaning can remove the natural bacterial flora we would rather have around us to stay healthy.

Therefore, scientists have led investigations focusing on when people from several European countries clean their kitchen counter surfaces, and if surfaces that appear to be visibly clean actually could protect you against infection from pathogenic bacteria.

“We have noticed that most consumers clean their kitchen counters and chopping boards right after they have prepared their food. This is the best time for removing unwanted bacteria after you have handled food that may contain harmful bacteria, such as raw meat or dirty vegetables,” says Nofima scientist Solveig Langsrud. She coordinates the EU project called SafeConsume where the research has been carried out.

But removing all bacteria is not the goal. The scientists wanted to find out whether food spills that may typically contain dangerous bacteria were visible on kitchen surfaces. Three different types of food spills (chicken, eggs and lettuce) in different concentrations were applied by consumers to counter tops and cutting boards. Consumers reported how visible the food spill was. Less than half of the consumers could visually detect concentrations of spillages that may contain enough dangerous bacteria to make them ill.

“Ingestion of harmful bacteria can take place directly via your hands or by transfer to other food that has been on the kitchen surface and will be not cooked, such as bread or fruit,” says Paula Teixeira

Another crucial factor is what kind of material the kitchen surface is made of. For example, it was found that it was easier to see food spills on laminated surfaces compared to wooden and plastic ones.

The three types of food spills were selected because they could contain the pathogenic bacteria Campylobacter and Salmonella.

It is worth noting that there are major differences between various European countries regarding how widespread these bacteria are.

In order to study the survivability of the pathogenic bacteria Campylobacter and Salmonella, the scientists mixed these into the food spills and in water and let it dry out on a surface. Bacteria on clean surfaces die rather quickly, but the bacteria live longer if they are in a food spill. In addition, the scientists found that Salmonella bacteria survive longer than Campylobacter. The highest risk occurs right after spilling food and the best way to reduce risk of infection is to clean up immediately after handling raw meat, for example.

The results suggested that keeping things visibly clean is not enough to protect yourself and others from bacterial infection. Therefore, the scientists wanted to find out how many people actually clean their kitchen surfaces routinely right after preparing food.

“There are several reasons why people clean their kitchen surfaces. There may be social and cultural reasons, such as wanting things to look clean and tidy. People may want to remove visible dirt because it gives them a sense of disgust, or there may be healthrelated reasons for cleaning, for instance, to prevent infection,” explains Professor Lydia Martens from Keele University.

On average, 73% of European consumers state that they clean their kitchen counter and chopping boards right after they have been in use.

There seems to be a difference between young people and older people. While young people between the ages of 16 to 25 clean their kitchen counter surfaces more often when they are dirty or sticky, the group over 65 years of age clean more routinely—and it is also in this age group where most people clean before preparing food.

The people who participated in the survey could tick multiple options, and most did. Nevertheless, just over 5% say they only clean their kitchen counter surfaces and chopping boards when they look dirty.

“It is these people who will gain the most if they establish new habits. Because pathogenic bacteria are not visible to the naked eye,” says Paula Teixeira.

When the kitchen counter gets cleaned

When the participants in the European survey were asked when they cleaned their kitchen counter surfaces and surfaces where food was prepared (they could tick multiple options), they responded as follows: