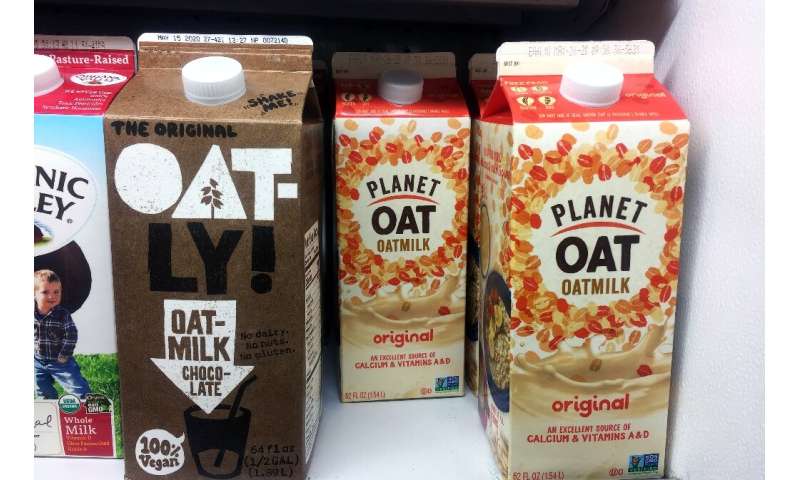 The oat milk market was virtually non-existent five years ago, but in the 12 months to April 2019 revenues from the sale of the non-dairy creamy drink catapulted 222 percent, according to The Good Food Institute.

In recent months, Starbucks, American yogurt giant Chobani, and Nesquik have all started offering oat milk, known for its nutritional and environmental benefits.

“There seems to be a buzz around oat milk, especially in the US, which isn’t there with other plant-based milks,” Andy Coyne, food correspondent at research firm GlobalData, told AFP.

Swedish world leader Oatly entered the US market in 2016 by first offering oat milk in coffee shops for cappuccinos and lattes.

“(That) was a very clever piece of ground-up marketing from Oatly,” said Coyne. “It became a word of mouth phenomenon and its popularity has grown from there.”

Oat milk sales represent just over one percent of sales of almond milk in the United States, according to the data compiled by The Good Food Institute, which promotes plant-based alternatives to meat, dairy and eggs.

But oat milk companies expect their product to rapidly catch up, saying it has the edge over rivals when it comes to taste.

While oats have a very common-man image, Oatly succeeded in positioning oat milk as a high-end product by first establishing it in the coffee market.

Now it is ubiquitous on shelves across supermarkets. 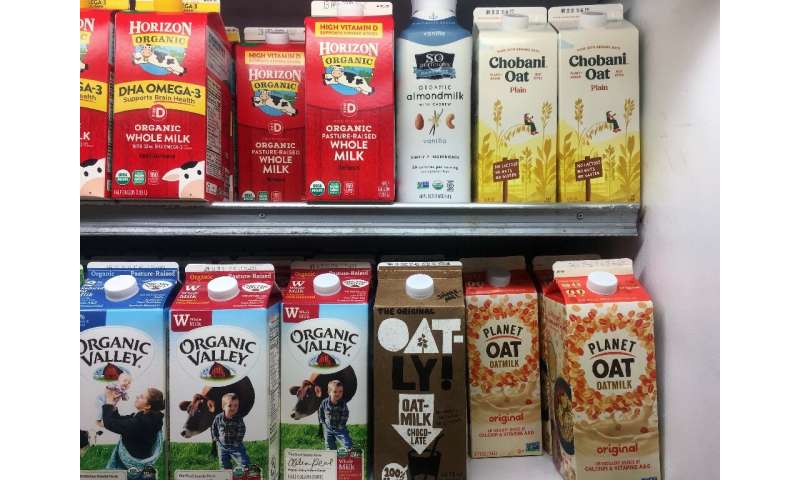 For Mike Messersmith, president for North America at Oatly, on top of taste, oat milk has two other advantages which fit well with the rise of veganism.

Firstly, its nutritional properties: It’s low in calories, possesses lots of fiber, has more protein than other grains and unlike soy or almonds is known to cause few allergies.

Secondly, it “minimizes the impact on our natural resources,” Messersmith told AFP.

The production of cow’s milk and almond milk requires about 15 and 8 times the amount of water needed to make oat milk respectively, according to a study published in the journal Science in 2018.

“Sustainability is becoming an important selling point and it’s something that clearly resonates with consumers,” said Coyne, the food correspondent.

Oatly sends some of its residue to mushroom farms to be used in soil while Elmhurst claims it produces almost no residue.

Oat milk has another major advantage over its competitors: production costs, which are around one third less than that of almonds.

Oatly opened its first American factory in New Jersey in 2019 and is preparing to open another in Ogden, Utah, this summer.

Other companies getting in on the act are Planet Oat Pacific Foods, Califia Farms, and French giant Danone, which bought WhiteWave Foods for $12.5 billion in 2016.

“I think it will take a few years because almond milk has been dominant for a long time,” predicted Truby.