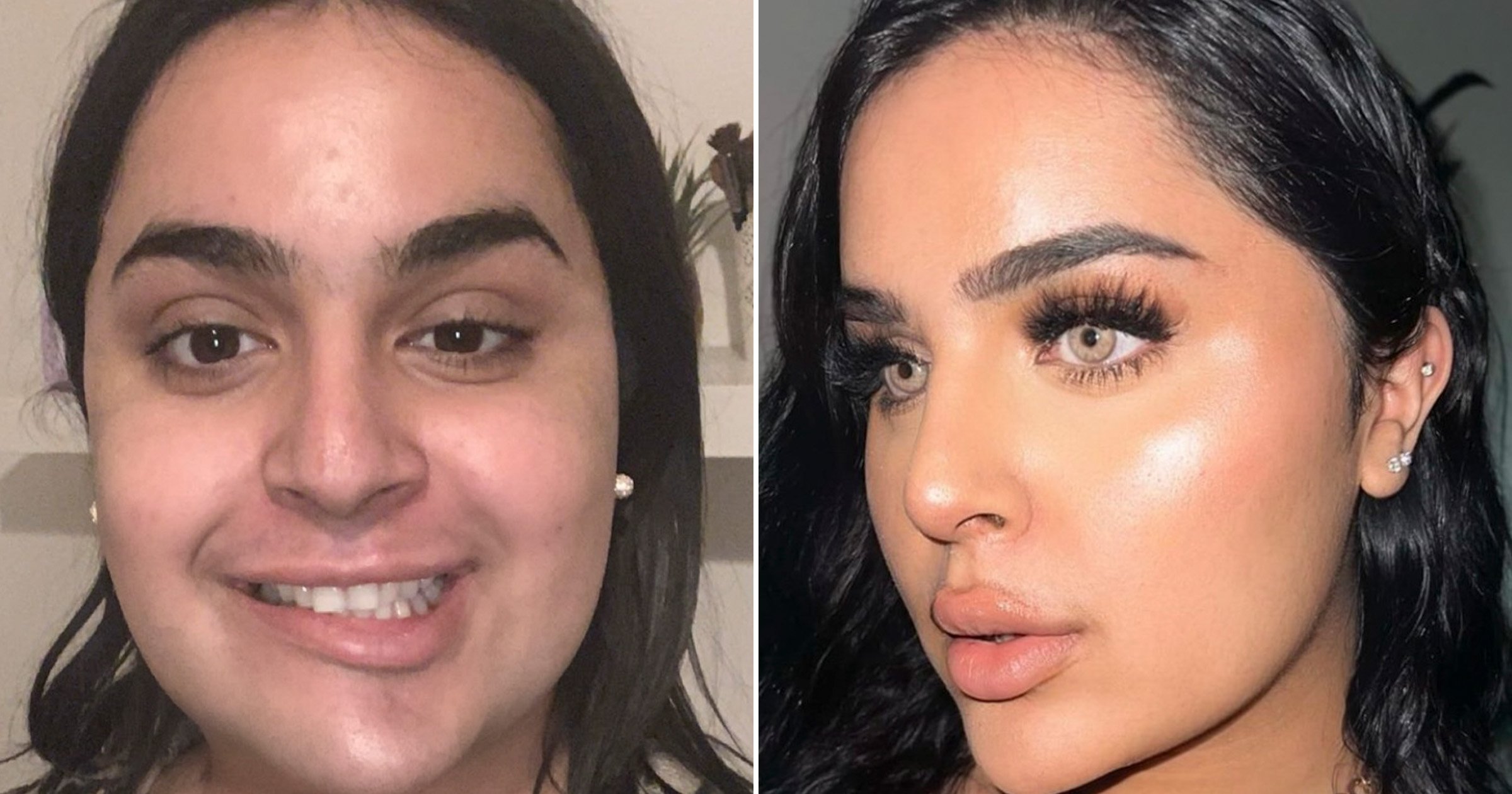 A woman has said her face still isn’t back to normal after her muscles were temporarily paralysed following a cosmetic procedure to dissolve fat.

Amra Ahad, 24, from Leeds, decided to have the cosmetic procedure on her neck and chin, but was shocked with how it turned out.

Amra says she still has lumps on her neck and that the ‘wonkiness’ lasted for four months following the treatment.

‘I knew a nurse who offered fat dissolving injections, I decided to book in with her as she was cheaper than most,’ says Amra.

‘When I decided to go for it, she came to my house, she straight away started injecting into my neck and under my chin which was a concern as I was under the impression the areas getting injected were usually marked out prior to the procedure.

‘After the third injection I started feeling nauseous and she told me to get rest after she was finished, but I suddenly blacked out for about minute soon after.

‘When I woke up I could tell she was panicking but she told me this was normal.’

When Amra got up the next morning, she discovered that the swelling had made her face ‘wonky’. She didn’t quite know how to react.

‘I was laughing but it was very distressing that when I spoke my face bent,’ she explains. ‘I had to go to work the next day and host meetings.’

Amra works as a telecommunications manager, and she was forced to tell her colleagues what had happened when they noticed that her face looked different.

‘It made me not want to leave the house and on days off would stay inside. It destroyed my confidence.

‘It shattered my passion for doing my makeup, I just thought my face was doomed and thought it was my look for the rest of my life. It was like a nightmare so I was so happy when it was going down.’

The swelling was only on one side, which makes Amra think the injections might have hit a nerve – causing temporary paralysis.

‘When I did research and spoke to other practitioners they told me that the swelling should have gone down soon after, but for me took four months. She mustn’t have known what she was doing for this to happen.

‘Still, to this day, if I lift my neck my neck it droops on the left side and the left side of my face can droop when I’m smiling as well, like there is something in my neck.

‘It isn’t painful anymore but if I press on it hard there is tenderness and it has been two years. It’s nothing like the pain I had before but at least the swelling has gone down and fat has been dissolved.

‘It is horrifying and the scariest part is that I passed out and I learnt this can happen when you’re over injected, especially in your neck as you could suffocate or choke.’

Amra decided to get the injections as she wanted to get rid of the stubborn fat underneath her chin and neck. The sessions would usually cost around £450 per session, so she jumped at the chance when the nurse offered the service for just £100.

Amra adds: ‘I have lip, jaw and cheek injections anyway every six to nine months and nothing has ever gone wrong.

‘When I met the nurse she seemed nervous but I know it’s my fault and I signed the form for the procedure, so I take full responsibility for opting to go with her but you just don’t think this would happen.

‘I take full accountability for it all but I want to raise awareness that these things can go wrong.

‘I would get fat dissolving injections again, but this time from an experienced practitioner.’