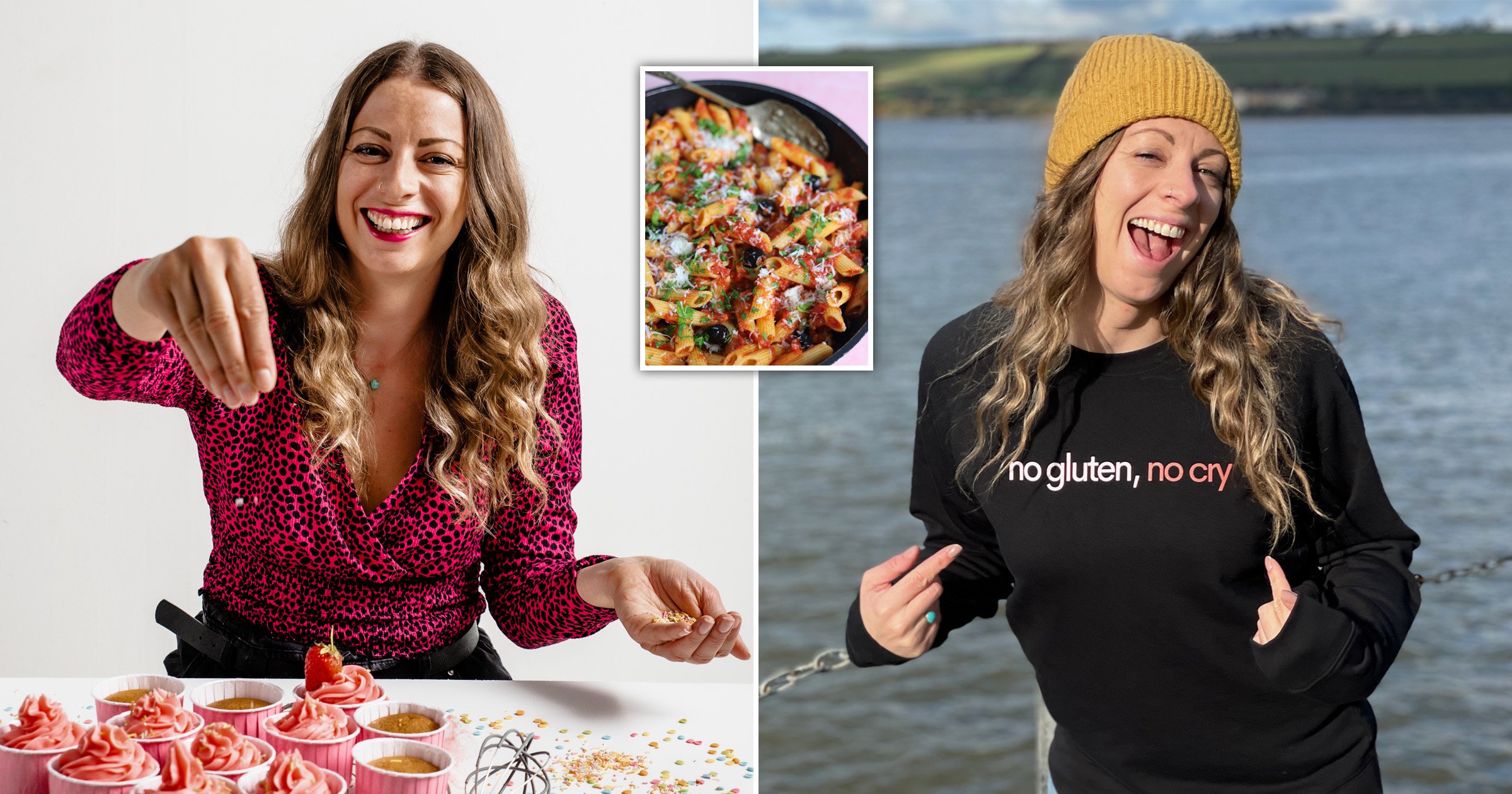 With prices continuing to soar, food shopping is a huge weekly expense at the moment – just look at a tub of security-tagged Lurpak, for example.

But while these rising costs are being felt by the majority of the nation, there’s a certain cohort of people who are especially affected.

Those with certain dietary requirements are particularly feeling the pinch – mainly because the alternatives they need to buy are typically more expensive than mainstream products.

Food blogger Sarah Howells, from Barnstaple, has been living with coeliac disease for the last 20 years, so has to purchase gluten-free products in her weekly shop – but says that these items are often considerably marked-up.

And, with the current cost of living crisis, this is something that lots of gluten-free individuals will continue to struggle with.

‘I consider myself a bit of a veteran coeliac after 20 years gluten-free,’ the 33-year-old tells Metro.co.uk.

Sarah, who used to work in newspaper journalism before she established a career as a food blogger, was diagnosed in 2002.

‘As a child I was very short and skinny, despite the fact I was constantly raiding the food cupboard and complaining that I was hungry,’ she explains.

‘I used to get these gnawing stomach aches which, initially, doctors thought was a lactose intolerance. But, despite trying to avoid milk products, the stomach aches continued. It wasn’t until my usual GP was on leave that my mum took me to a different doctor and he suggested getting tested for coeliac disease.

‘Back then, it was a pretty unknown condition, and I consider myself very lucky that we were steered towards that path relatively quickly, considering the average diagnosis time in the UK is 13 years.

‘We had certainly never heard of it but, after a blood test and endoscopy biopsy, it was confirmed I had coeliac disease and I was put straight onto a gluten-free diet. It definitely solved the problem – I soon went from being the shortest in my class to one of the tallest.’

For those not clued-up, coeliac disease is an autoimmune condition which causes the body’s immune system to ‘attack’ the lining of the small intestine when you eat gluten.

According to Coeliac UK, 1 in 100 people in the UK actually live with the condition but it’s vastly under-diagnosed.

Currently, there’s no ‘cure’ for it – the only treatment is a strict gluten-free diet.

As a result, people living with the condition have no choice but to eat gluten-free foods. However, this makes their food shops add up.

Sarah continues: ‘Living gluten-free now is far easier than it was when I was first diagnosed with coeliac disease, though there are still quite a few challenges we face. When I switched to a gluten-free diet the only gluten-free food available was on prescription and limited to a few basics such as bread and flour.

‘Now, there are entire aisles of the supermarket dedicated to “free from” foods which is a huge leap forward and makes food shopping considerably easier, especially when first diagnosed.

‘But buying gluten-free food has always come at an extra cost and, to a point, I do understand why. The ingredients used are less popular and therefore more expensive, and certified gluten-free food has to be produced without any risk of cross contamination, with various checks and audits along the way.

‘That being said, if you start a gluten-free diet by trying to just replace everything you used to eat with a gluten-free version, you’re going to get a shock at the checkout.

‘Before the cost of living crisis, we were starting to see some retailers release more competitive pricing, but now it seems the cost of gluten-free food is just going up again.

A few other examples of gluten-free prices, from Sarah:

Sarah says she’s sadly not surprised that gluten-free products have gone up during the cost of living crisis – but she does take issue with some marketing tactics.

‘Supermarkets which once shouted about their “cheapest ever” 60p bags of gluten-free pasta are now quietly charging 99p,’ she continues.

‘That’s an increase of nearly a third – far higher in my opinion than the increase to any other foods.’

Sadly, Sarah thinks it will continue to be a problem.

She explains: ‘The “free from” market has exploded in the 20+ years that I’ve had coeliac disease and I think the demand for gluten-free foods will only ever increase.

‘And as demand increases, I’d hope to see the prices come down – but all the while the cost of living crisis continues, I don’t see this happening any time soon.’

As a food blogger, Sarah works to create gluten-free recipes and gives advice and tips for others living with coeliac disease – she also campaigns for more awareness of the condition.

As a result, the 33-year-old has shared a few hacks for other gluten-free individuals who find themselves in a similar position.

‘Thinking outside of the box and looking for naturally gluten-free foods is the best way to keep costs down,’ Sarah says.

‘Instead of buying gluten-free pasta, why not try naturally gluten-free rice or potatoes? I also try to bulk buy goods online where I can, for example, I do so much baking it works out a lot cheaper to buy a 16kg bag of gluten-free flour than 16 x 1kg bags.

‘But overall, it would be considerably cheaper if I was using normal wheat flour, and it does sting a little paying a premium for a diet choice that was out of my hands.

‘The demand for gluten-free food is rising but, for a lot of us, it’s not a choice. It’s not fair we should have to pay a premium for something demanded by our health.

‘Shops have bought the prices down before – so let’s not now penalise those with coeliac disease or food allergies or intolerances more than anyone else, just because the cost of living has gone up.

‘We have as much right to eat as anyone else. Being gluten-free doesn’t mean we just want tiny food for double the price.’

She also stresses that it might mean some coeliac individuals resort to buying gluten products, because they are cheaper – which could have a detrimental effect on their health.

Sarah continues: ‘I feel very fortunate that at the moment, unless “free from” food prices escalate too much more, I’m getting by with the small changes I’m making – but I worry for families on a tighter budget who are now having to make tough decisions around food.

‘The longer-term health implications of this food crisis for people with coeliac disease, allergies and intolerances certainly worries me and I hope that if anyone is feeling that way, I can help to inspire them there are ways to save money and still stick to a gluten-free diet without compromising their own health.‘

Sarah feels there needs to be more education around the topic – and hopes she can help in this way, too.

She adds: ‘When first diagnosed with coeliac disease – a lot of people are just told to go gluten-free and left to figure it all out alone which simply isn’t fair.

‘There are so many naturally gluten-free foods and ways to eat gluten-free on a budget and this should be available to people upon diagnosis rather than just directing them to expensive free from replacements.

‘I try to share recipes for easy gluten-free bakes and budget meals which use a lot of naturally gluten-free foods to keep costs down, and I also believe baking your own bread and cakes is so much cheaper and way nicer.

‘But without the education around this, many are left struggling and simply settling for paying extortionate “free from” prices when there are other ways to cut costs.

‘Until the prices come down, we need to get more savvy in how we shop.’