Yellow fever kills 10 people in Ethiopia as officials desperately try to contain the deadly virus by shipping out 1.45million vaccines

Yellow fever has killed 10 people in the African country of Ethiopia, with at least 35 thought to have been infected since August.

The tropical disease is caused by a virus spread by mosquitoes and is most often found in Africa and the Americas.

Ethiopia’s recent outbreak is taking place in the Wolaita zone in the south-west of the country and has been traced back to patient who got sick on August 21.

The World Health Organization is sending 1.45million vaccines to the country from its stockpile, in desperation to stop the virus spreading. 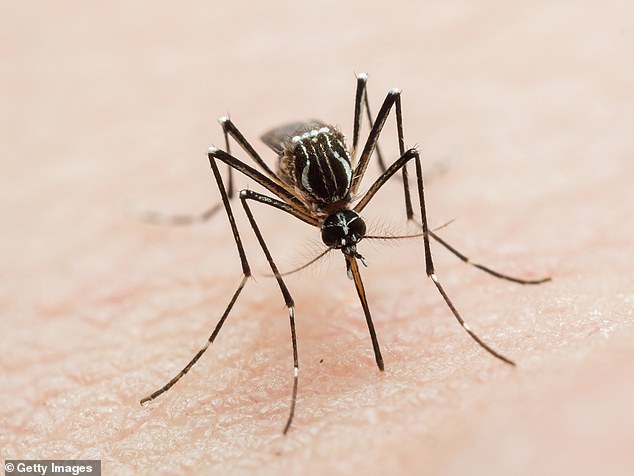 Yellow fever, a deadly virus spread by mosquitoes, is thought to have infected 35 people in the African country of Ethiopia since an outbreak was triggered when someone fell ill with the infection in August this year

In a report WHO officials said: ‘This outbreak is of concern since the population of Ethiopia is highly susceptible to yellow fever due to absence of recent exposure and lack of large-scale immunization.’

Western travellers can be easily vaccinated against yellow fever before travelling to countries where the infection is found, but jabs are not routinely given out.

Symptoms of the infection include fever, headache, muscle pain, vomiting and fatigue, and it kills an estimated 30,000 people a year worldwide.

The World Health Organization earlier this year declared that yellow fever was a ‘major’ threat to humanity – but not an ‘urgent’ one.

Around 200,000 people are infected by the virus each year and it can spread quickly through unvaccinated populations via mosquitoes.

WHAT IS YELLOW FEVER?

The mosquito-borne virus usually kills up to eight per cent of people it strikes.

Nearly 200,000 cases and 30,000 deaths of the deadly disease are reported worldwide each year.

The World Health Organization last month declared that yellow fever was a ‘major’ threat to humanity – but not an ‘urgent’ one.

Symptoms include fever, severe headaches, muscle pain, nausea, vomiting, and fatigue. But they can quickly progress.

It cannot be caught directly from other people.

Ethiopia’s outbreak is happening in a region called the Southern Nations, Nationalities and Peoples’ Region (SNNP).

In October, 31,000 people in the Offa district of the region were given a vaccination in response to the outbreak, and there have not been any new cases since.

But the WHO warns there is still a risk of the infection spreading, partly because of armed conflict in the region.

Ethiopia is within the geographic ‘yellow fever belt’, which includes many central African and Central and South American countries, and had frequent outbreaks until the 1960s.

Ethiopia plans to routinely vaccinate children against yellow fever from 2020.

The Republic of the Congo, a country in Western Africa, faced a similar problem earlier this year when officials said more than 180 people were thought to have caught yellow fever.

An epidemic was declared there on August 24 and officials vowed to start a free-of-charge national vaccination campaign.