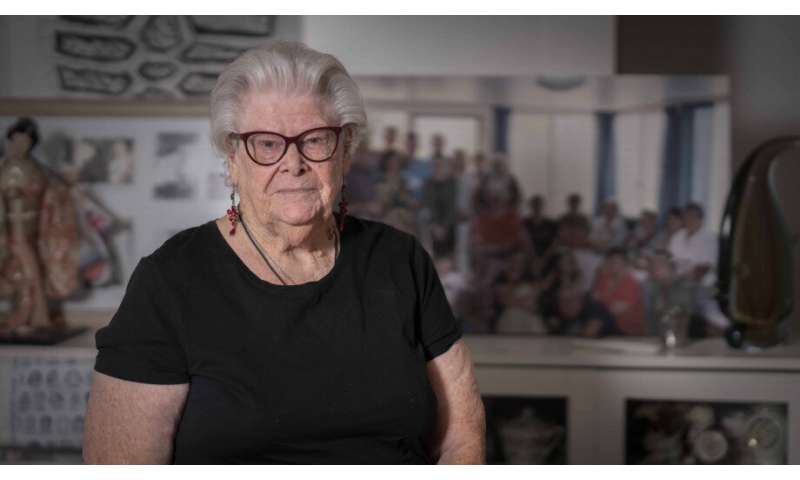 AMD is a common eye disorder caused by damage to the macular—the part of the eye responsible for our sharpest vision.

The study, published in PLOS One, also found a lack of facial recognition was reducing quality of life and confidence for people with AMD.

“We found people living with AMD are withdrawing from all sorts of social situations because they can’t see faces,” said lead researcher Dr. Jo Lane, from The Research School of Population Health.

“Living with AMD can be very lonely. One woman we spoke to couldn’t recognise her son when she answered the door.

“There is a lot of embarrassment about not being able to recognise your family members, friends or people in the community. People can get offended because they think you are being rude or not being friendly.”

Patricia Watson, 82, was diagnosed with AMD seven years ago and no longer recognises her daughter.

“My daughter sees me every afternoon after work and I can’t see her face,” Mrs Watson said.

“I can’t go shopping alone. People who know me know I can’t see them and come up and say ‘It’s Jane, good to see you’ and that’s hugely helpful. But you can’t help feeling sad that they have to tell you who they are.

“Even my sister came up to me unexpectedly while shopping and she had to say: ‘Hello Pat it’s Judy’. I couldn’t see her face.”

Mrs Watson admits she has given up on socialising and says living with AMD can be lonely.

“You can see by people’s faces if people want to speak with you or not, but when you can’t see their face you just don’t bother engaging.

“I would never engage a person in conversation now because I can’t see them.”

Dr. Lane, with input from The Macular Disease Foundation Australia, designed community resources for people living with AMD, family, friends and carers. The resources include common mistakes with face perception and helpful tips to make life better for people with AMD.