Claustrophobia is a psychological disorder in which the person fears enclosed spaces or physical restriction. Severe claustrophobia has a high prevalence of around 4 percent in the population, and many more people have a milder version of the disorder. 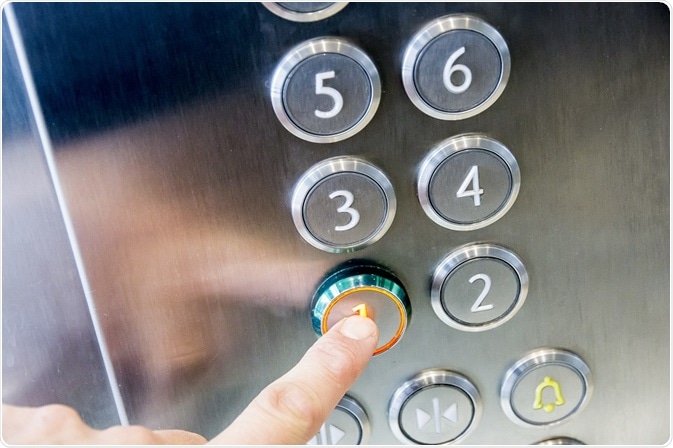 Symptoms of claustrophobia range from mild sweating and trembling to nausea, headaches, and even fainting. Claustrophobia can sometimes lead to panic attacks.Although claustrophobia is fairly common and well known, there is much that is not yet understood about its origins and potential avenues of treatment.

Near and far space

In one study published in the journal Cognition in 2011, researchers looked at how perception of near and far space relates to manifestations of claustrophobia.According to the study, near space is perceived differently from far space by the brain. Specific neurons in the brain have been shown to respond to objects close to or approaching the body.

In healthy adults, there is a small perception bias toward the left in viewing near space, whereas the bias shifts to the right for distant spaces. The rate of shift of the bias from left to right can be measured as the distance changes, and that rate of change can be used as a marker for the “size” of near space. It is generally related to arm length. People with shorter arms have smaller near spaces. Those with longer arms have larger near spaces.

Claustrophobia can run in families. A single gene encoding a stress-regulated neuronal protein, GPm6a, can cause claustrophobia. In a 2013 study published in Transl. Psychiatry, mice deficient in Gpm6a had no obvious abnormalities, but could be induced to develop claustrophobia. In humans, mutations of the Gpm6a gene were more common in claustrophobic individuals than those without claustrophobia.

The goal of virtual reality systems is to invoke the presence of the trigger, eliciting an emotional response. In one study of a virtual reality exposure therapy prototype system, the system was effective in creating a sense of presence in triggering environments, and showed potential for future use in therapy. The VRET system also has potential for use with other psychological disorders.

Catherine Shaffer is a freelance science and health writer from Michigan. She has written for a wide variety of trade and consumer publications on life sciences topics, particularly in the area of drug discovery and development. She holds a Ph.D. in Biological Chemistry and began her career as a laboratory researcher before transitioning to science writing. She also writes and publishes fiction, and in her free time enjoys yoga, biking, and taking care of her pets.