What is a stroke?

A stroke occurs when the blood supply to the brain is interrupted. This causes affected neurons and other brain cells to be starved of oxygen, killing them.

There are three main types of strokes; Ischemic stroke, hemorrhagic stroke and transient ischemic attack (a warning or “mini-stroke”). A hemorrhagic stroke results from a burst blood vessel in the brain that causes a bleed around the local area.

The causes of hemorrhagic strokes include high blood pressure, and to a lesser extent and brain aneurysms (rupturing of balloon-like expanses of blood vessels). Ischaemic strokes are more common and are characterized by the blockage of blood flow to regions of the brain due to a blood clot. 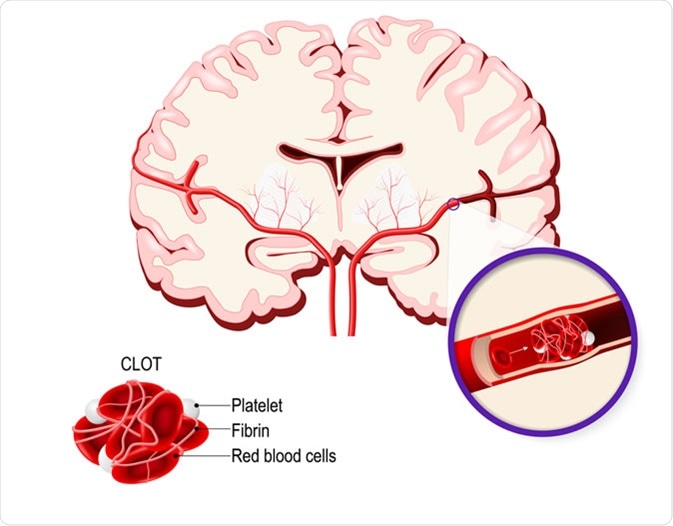 These blood clots can be formed due to atherosclerosis deposits in the blood vessel of the brain or due to the lodging of a blood clot that has travelled from another area of the body.

Migraines are a form of moderate/severe headache that affects approximately 20% of women and 6.67% of men. There are several types of migraine which vary based on the expression. 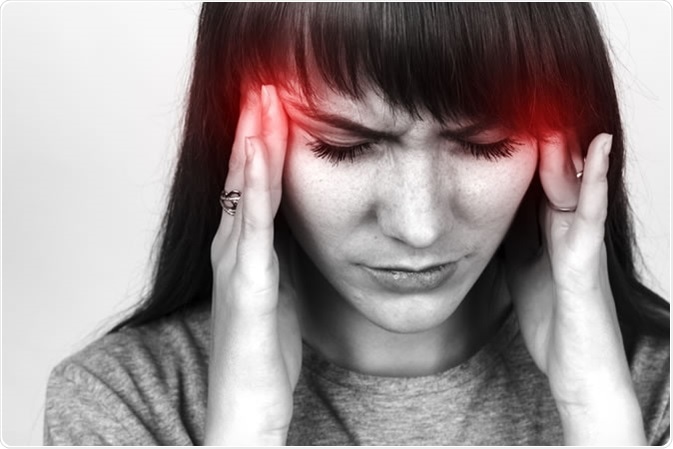 Silent migraines are migraines without headaches but with other migraine symptoms. Some of the other symptoms of migraines are feeling/being sick, increased photosensitivity, increased noise sensitivity (hyperacusis), poor concentration, and abdominal pain.

Additionally, the warning signs before an aura/silent migraine range from vision problems, to dizziness, and even difficulty speaking and loss of consciousness.  Some of these symptoms resemble stroke symptoms.

Migraines usually progress in stages, although not all stages are met or expressed in order for every migraine, even in the same patient. These stages are;

Migraines and strokes are heavily linked as they are both neurovascular disorders with similar physiological properties.

Migrainous infarction is the occurrence of a stroke during a migraine attack, with symptoms that persist for longer than 60 minutes. The incidence of this disorder is exceptionally low, with only 0.2-0.5% of all ischaemic stroked being migrainous infarction.

The posterior blood circulation of the brain is more affected than the anterior circulation during a migrainous infarction. This results in visual deficits, sensory deficits, inability to form/comprehend language (aphasia), weakness of one side of the body (hemiparesis), and weakness of all four limbs (tetraparesis).

The prognosis for migrainous infarctions is favourable, with most cases showing a complete recovery.

One theory for the relationship between  migraine and stroke is the cortical spreading depression (CSD) hypothesis. This theory suggests that a decrease in cerebral blood volume starts during the aura phase of a migraine and spreads anteriorly through the brain; this stage is followed by an increase in blood flow to different tissues. Ultimately, this results in the migraine aura attack. Patients with migraine without aura show posterior hypoperfusion.

A potential response to CSD is severe vasoconstriction instead of vasodilation, which is detrimental to the health of the brain. Due to the low incidence of migrainous infarctions and the high incidence of migraines, is it clear that the cerebral blood flow during a CSD does not cause ischaemic stroke in the vast majority of cases. This suggests that CSD may only be a factor of migrainous infarctions instead of a direct cause.

Can migraines contribute to strokes?

Population studies have shown that patients with migraines are twice as likely to suffer from an ischaemic stroke compared to individuals that do not suffer from migraines.

Risk factors for migrainous infarction include young age (under 45 years of age), being female, smoking, and use of oral contraceptives.

As of 2015, 38 different gene loci have been linked to migrainous infarctions. One of those is a polymorphism in the methylenetetrahydrofolate reductase gene. This gene is responsible for the metabolism of folate and homocysteine and is associated with increased susceptibility to migraine auras.

Cerebral Autosomal Dominant Arteriopathy with subcortical infracts and leukoencephalopathy (CADASIL) is a disorder of small cerebral arteries that is associated with migraines and ischaemic strokes. Ischaemic strokes occur in approximately 60%-85% of patients with CADASIL.

Sam graduated from the University of Manchester with a B.Sc. (Hons) in Biomedical Sciences. He has experience in a wide range of life science topics, including; Biochemistry, Molecular Biology, Anatomy and Physiology, Developmental Biology, Cell Biology, Immunology, Neurology  and  Genetics.