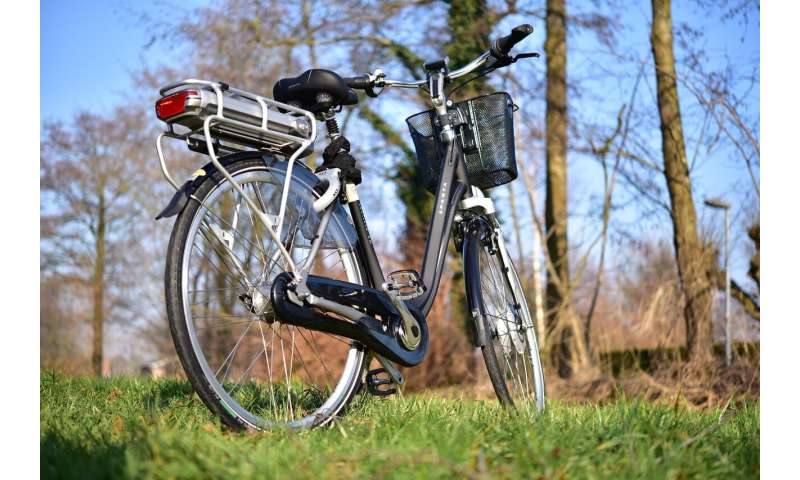 While many traditional cyclists are critical about the growing popularity of e-bikes, a surprising new study from three BYU public health professors finds pedal-assist bikes can provide essentially the same level of workout as conventional bikes.

And, perhaps more surprising (and promising), the study revealed that participants didn’t feel riding the e-bikes was physically taxing, even though they were exercising at nearly the exact same physical intensity. According to recorded heart-rate data, the average heart rate on an e-mountain bike was 94 percent of the average heart rate for a conventional mountain bike.

“Many of us have these perceived barriers about exercise, that it is hard and painful and all we can remember are bad memories from our 8th-grade gym class,” said Hall, lead author on the study recently published in the Journal of Medical Internet Research. “This study could be a critical catalyst for populations who struggle to exercise. The participants got cardiovascular results, but didn’t really feel like they were working out.”

Hall, West and Crookston, avid mountain bikers themselves, recruited 33 amateur cyclists for the study, fitted them with Polar H10 heart rate monitors and Apple Watches (using the fitness tracking app Starva), and then set them out on a 6-mile loop on either a conventional or electric mountain bike. The study loop included approximately 700 feet of elevation gain spread throughout the ride, with the most intense climbing section averaging a 5 percent incline over a 1-mile stretch. After finishing the loop, the bikers then rode the loop again on the bike they didn’t use the first time.

The test subjects completed the course an average of 12:40 minutes faster using the e-mountain bikes, with an average speed 4.1 mph faster than the conventional bikes. While the average heart rate for e-bikes was about 10 beats per minute lower (145 for the e-bikes vs. 155 for the conventional bikes), both of those measures reach the threshold of the vigorous intensity zone.

“Those who used e-bikes still had elevated heart rates and enjoyed their experience,” Crookston said. “I think this is a game changer for those who have found biking too difficult. It makes this important form of exercise accessible to a broader community.”

Crookston said a lot of his friends are skeptical about the pedal-assisted bikes, but most of that skepticism goes away once they take a ride. This study’s results may also help change perceptions about e-bikes for people even before they take them for a spin. Either way, e-bikes are on the rise. According to market reports, e-mountain bike sales will represent 30 percent of the mountain biking market by 2020.

“Perhaps the mountain biking community’s resistance will work itself out in time,” West said. “We are at least encouraged from a health promotion standpoint that we now have another tool to promote an active lifestyle.”