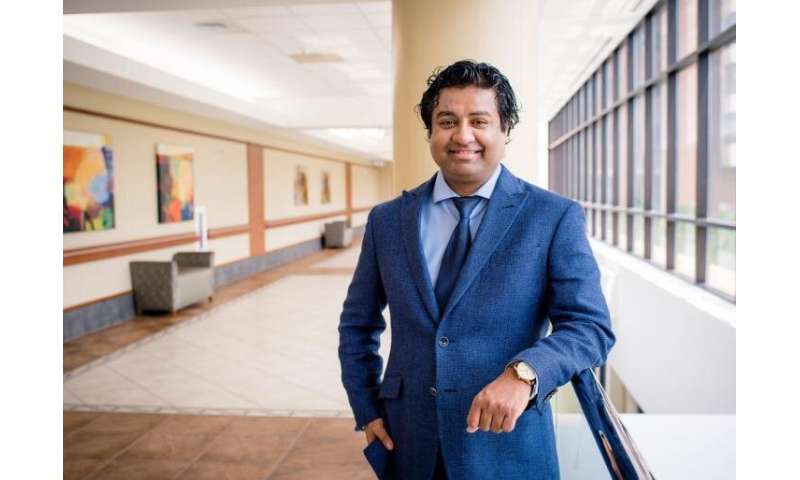 People with drug-resistant epilepsy also can have deleterious neuropsychiatric symptoms like anxiety, depression, psychosis and impaired memory. These have negative impacts on quality of life, and there is an unmet need to improve therapy for such patients. Diagnosing and monitoring such neurobehavioral symptoms is challenging because their presentation can overlap with seizures.

Sandipan Pati, M.D., and colleagues at the University of Alabama at Birmingham now report cases of five patients who found better treatments for those symptoms using data collected—while the patients were at home—from implanted neurostimulators placed in their brains to control their epileptic seizures. This is an extra benefit from the implanted Responsive Neurostimulator Systems, due to the system’s ability to record brain electrocorticography data initiated when a patient senses an anxiety or panic attack.

This data is key to showing whether the neuropsychiatric comorbidity began before, during or after an epileptic seizure. This guides medication or therapy changes that can reduce the negative symptoms caused by attacks that initiate outside of seizures, including psychogenic nonepileptic seizures. The only other way to get this useful information is video-electroencephalography in an inpatient clinic, with stays that typically last three to five days.

“Treating these patients can be challenging, and one reason for this is that sometime seizures can mimic anxiety and panic attacks, or psychosis,” Pati said. “Seizure-induced anxiety or psychosis is treated with anti-seizure medications, while ‘pure’ psychosis is treated with anti-psychotic medications. This study will be attractive for patients, as anxiety or depression is a common problem in epilepsy, and patients get frustrated as they think we are always focused on treating seizures and not depression.”

Pati, an associate professor in the UAB Department of Neurology, leads an epilepsy neuromodulation clinic at UAB to improve seizure control for drug-resistant epilepsy.

When a patient feels onset of a neuropsychiatric incident, he or she can use a magnet to initiate brain recording, with the prior minute of signals retained. They then can transfer the data to a password-protected laptop, and physicians can review the data to guide therapies.

Among 21 patients with implanted neurostimulators studied by Pati and colleagues, there were five patients with significant neurobehavioral comorbidities whose presentation overlapped with their seizures and, hence, could benefit from the use of the electrocorticography data stored by the neurostimulators. All saw improvements from changes in drug treatment, cognitive behavioral therapy or counseling to reduce symptoms such as panic-like attacks, psychosis and psychogenic nonepileptic seizures.