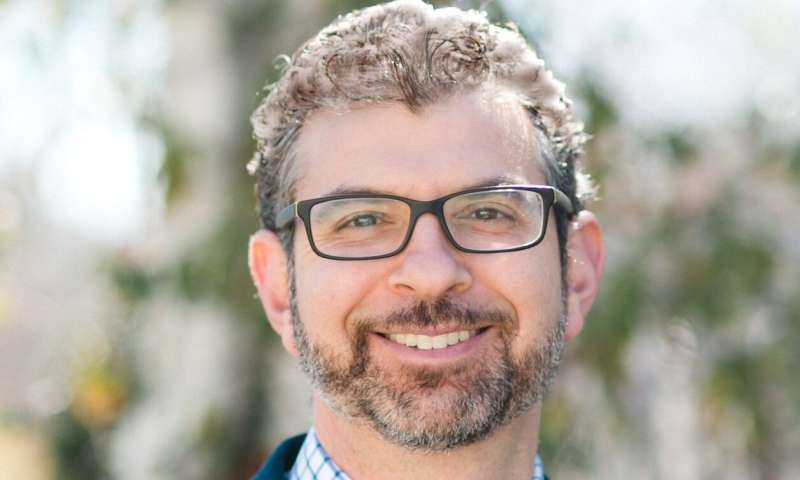 A new study published in Journal of Vascular and Interventional Radiology details the first study of its kind in the U.S. to examine the use of genicular artery embolization (GAE) for extended treatment of knee pain caused by osteoarthritis (OA). Principal investigator of the study, Ari Isaacson, MD, clinical associate professor of vascular and interventional radiology in the UNC School of Medicine, says the results are positive.

“In this study we showed that GAE can be performed safely and that it demonstrates potential efficacy,” Isaacson said.

An estimated 30 million Americans have knee pain as a result of OA. Current treatments for the pain include steroid injections, pain medications and physical therapy. Injections sometimes do not work, and when they do, tend to last only several months, at most. Pain medications are needed daily and can lead to dependence on opioids and toxicity from nonsteroidal anti-inflammatory drugs (NSAIDs, such as ibuprofen). Physical therapy can be taxing and painful. Total knee replacements are an option as well, but because they have a limited lifetime of 15-20 years, they are not performed until a patient reaches an optimal age.

GAE is a minimally invasive procedure that blocks blood flow to certain parts of the knee that can be the source of OA-related pain. More than 80 percent of patients with chronic OA also have chronic inflammation, which leads to synovial angiogenesis—the formation of new arteries in the portion of the knee called the synovium. Blood flow to the new arteries can irritate nerves in the synovium, causing pain. Therefore, blocking blood flow to these arteries relieves that irritation and reduces pain. Past studies from researchers in Japan and Korea have shown the procedure has the potential to provide pain relief for up to a year or more.

During the procedure, interventional radiologists block blood flow by inserting a spaghetti-sized catheter into the arteries through a very small incision. The catheter is then directed through the arteries to the knee using X-ray and iodinated contrast. Once the appropriate knee arteries are identified, spherical particles are injected to create a blockage. Because the catheter is used to select only the tiny abnormal arteries, the majority of the blood flow to the knee is preserved. Patients were under moderate sedation during the short procedure and were discharged the same day. No physical therapy was required and patients felt relief from their knee pain within three days.

The two-site trial, funded by Boston Scientific, included 20 patients—9 men and 11 women—aged 49 to 84 with moderate to severe knee pain from OA. After the procedure all patients had follow-up visits at one, three, and six months. The decrease in pain reported by participants was significant, so much so that the improvement scores surpassed researchers’ benchmark goal for proving efficacy of the procedure. Nearly all patients still had an improvement in pain after one month. Around 80 percent of patients still had less pain after six months. In addition to less reported knee pain, 65 percent of participants reported a decrease in use of daily pain relief medication.

“We’ve seen that most patients experience a rapid decrease in pain and disability after GAE for OA-related knee pain,” Isaacson said. “This procedure has promise to be a replacement for injections and the daily use of pain medications, but more research is needed.”