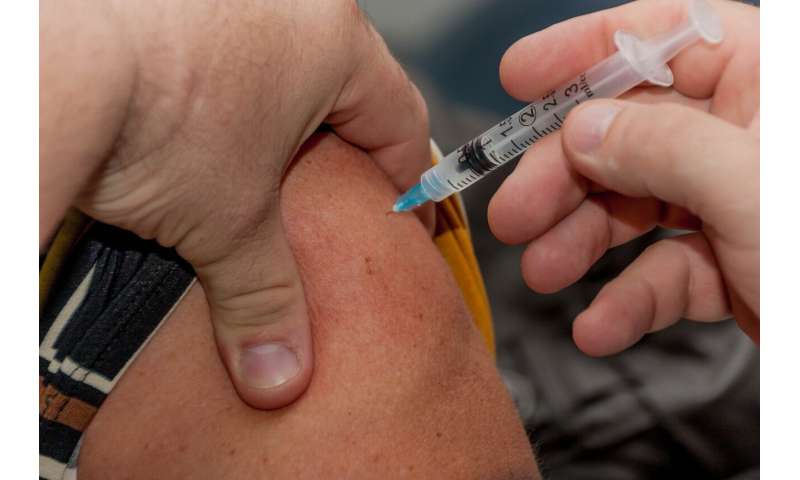 Getting a flu shot before heart bypass surgery can head off inflammation throughout the body and possibly lead to a healthier recovery, a new study suggests.

Heart surgery has been associated with inflammation and altered immune function, said Dr. Fady Ebrahim, lead author of the preliminary study to be presented Sunday in Philadelphia at the American Heart Association’s Scientific Sessions.

“This is related to the significant stress placed on the body during invasive procedures,” said Ebrahim, an anesthesiology fellow at the University of Toronto in Ontario.

The study involved 30 heart bypass patients at a hospital in Sudbury, Ontario. Fifteen patients were vaccinated against influenza before surgery. The rest were given a placebo. The researchers then tested blood levels of various substances linked to inflammation at seven intervals, starting with the beginning of surgery and ending 48 hours after the operation

Patients in the study underwent coronary bypass graft surgery, the most common heart surgery currently performed worldwide. More than 370,000 people in the U.S. undergo the procedure each year.

The surgery can relieve chest pain known as angina and reduce the risk of heart attack. In the procedure, arteries or veins are taken from elsewhere in the body and used to reroute blood around a clogged vessel that feeds the heart . Patients might undergo one or several bypass grafts, depending on how many coronary arteries have blockages.

Though the new study involved only a small number of patients, the flu vaccine’s impact on markers of inflammation was notable, said Dr. Jennifer Robinson , director of the Preventive Intervention Center at the University of Iowa College of Public Health.

“Vaccines work by revving up the body’s infection-fighting machinery,” Robinson said. In the new study, “the influenza vaccine had striking protective physiologic effects that could have important implications for reducing post-operative complications.”

But more research is needed to replicate the findings, she said, and to see whether flu vaccination can shorten recovery times after surgery.

Also, “although not common, reducing the risk of post-operative heart attacks and strokes would have an important impact,” Robinson said.