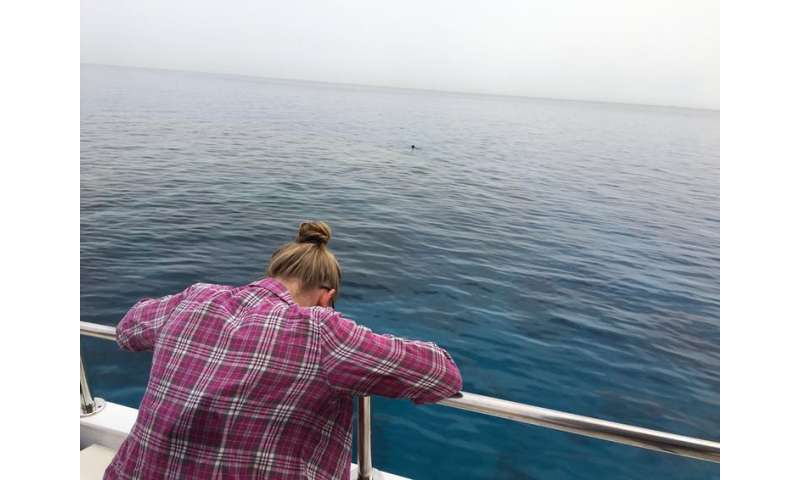 Motion sickness can be mild, but in some people it’s debilitating, and takes the fun out of a holiday.

We think it’s caused by temporary dysfunction of our brain’s balance centres.

The perception of motion of any sort can bring on symptoms of travel sickness. These include dizziness, nausea, vomiting, excessive saliva, rapid breathing and cold sweats.

The good news is, there are strategies and medicines you can use to prevent motion sickness, or to help you ride it out.

As we move through space, multiple sensors in our middle ear, limbs and eyes feed information to our balance centre in our brains to orientate us. It’s when these sources of information are in apparent conflict that we may experience motion sickness.

For example, in those who are particularly susceptible, watching certain movies can induce motion sickness as our eyes indicate we are moving, although other sensors confirm we are stationary.

A boat trip in rocky seas or a car trip on winding roads means our head and body will be moving in unusual ways, in two or more axes at once, while sensing accelerations, decelerations and rotations. Together these are strong stimuli to bring on an attack of motion sickness.

Around 25-30% of us travelling in boats, buses or planes will suffer – from feeling a bit off all the way to completely wretched; pale, sweaty, staggering, and vomiting.

Some people are extremely susceptible to motion sickness, and may feel unwell even with minor movements such as “head bobbing” while snorkelling, or even riding a camel. 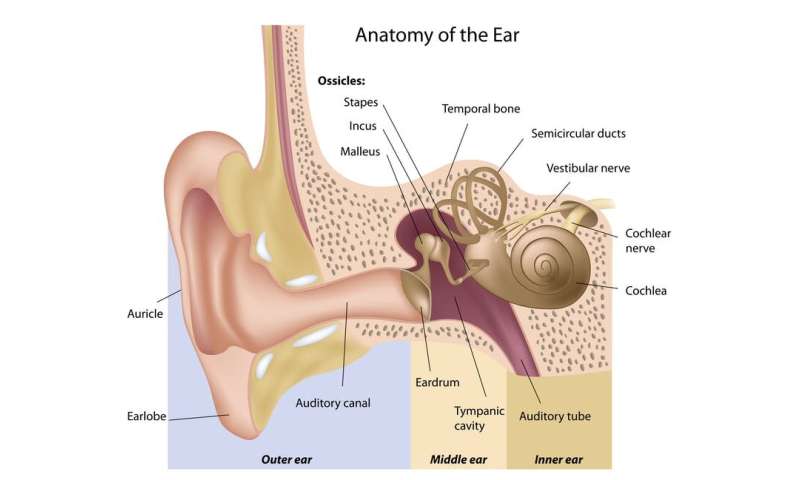 Susceptibility seems to increase with age, while women are more prone to travel sickness than men. There is a genetic influence too, with the condition running in families. It often co-exists with a history of migraines.

Sufferers quickly work out what to avoid. Sitting in the back seat of the car, reading in a car or bus (trains and planes are better), facing backwards in a bus or train or going below deck on a boat in rough conditions are all best avoided if you’re prone to travel sickness.

Medicines that control vomiting (antiemetics) and nausea (anti-nauseants) are the mainstay of medicines used for motion sickness and are effective. But as there are unwanted side effects such as drowsiness, it’s reasonable to try behavioural techniques first, or alongside medicines.

More time “on deck”, keeping an eye on the horizon if there’s a significant swell, and focusing on other things (for example looking out for whales) are good examples.

Desensitisation or habituation also work for some. For example, increasing experience on the water in relatively smooth conditions in preparation for longer and potentially rougher trips can help.

There tends to be a reduction in symptoms after a couple of days at sea. Medicines can then be reduced and even stopped. Symptoms often return when back on dry land, usually for just a day or two.

Chewing hard ginger has been claimed to work for naval cadets, but other studies have not confirmed its effectiveness.

Some people find wrist bands that provide acupressure to be effective, although when these have been studied in controlled trials, the proof is lacking.

Glasses with a built-in horizon to combat motion sickness were patented in 2018, so watch this space. 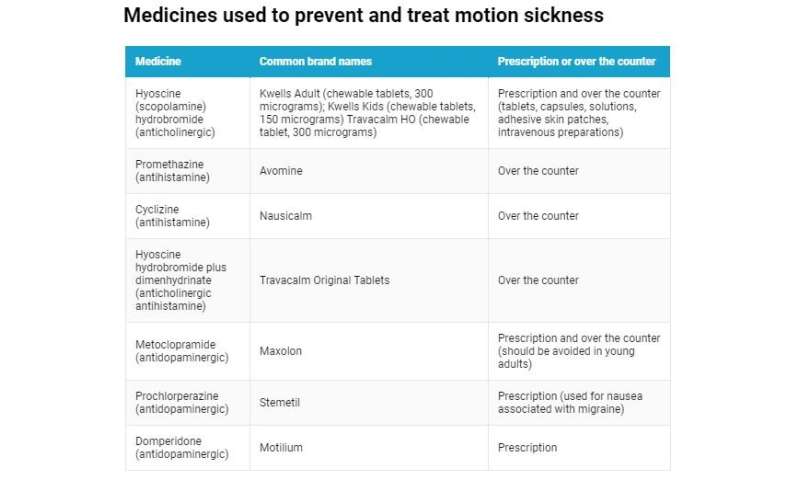 Travel sickness medications are more effective when taken pre-emptively, so before your journey begins.

Antiemetics and anti-nauseants act on the brain and nervous system. Medicines used to prevent and treat travel sickness most commonly are either sedating antihistamines or anticholinergics. They block the effects of neurotransmitters (molecules that transmit information) such as histamine, acetylcholine and dopamine in our balance control centres.

But these sorts of medicines are not very specific. That is, they block the effects of acetylcholine and histamine wherever these neurotransmitters act throughout the body. This explains unwanted side effects such as sedation, drowsiness, dry mouth, constipation and confusion (in older, vulnerable people).

Drowsiness is more likely to reach dangerous levels if other central nervous system depressants are taken at the same time. This includes opioids (morphine, oxycodone, codeine), alcohol, sleeping pills and some antidepressants.

So what’s the best option?

A comprehensive review of clinical trials in 2011 compared the medicine scopolamine as a preventative with other medicines, placebos, behavioural and complementary therapies.

Most of the 14 studies reviewed were in healthy men serving in the Navy with history of travel sickness. Women have rarely been subjects, and there are no studies in children.

Although scopolamine was found to be marginally more effective than the alternatives, there’s not much to go on to recommend one travel medicine over another.

If you’re somebody who experiences motion sickness, speak to your doctor or pharmacist. Most medicines for motion sickness are available over the counter. You may need to try a few different medicines to find the one that works best for you, but always follow dosage instructions and professional advice.

Once motion sickness is established, the only option is to ride it out. Lying down where possible, getting fresh air and focusing on the horizon can all help alongside appropriate medications. Importantly, for prolonged episodes, try to keep your fluids up to avoid dehydration (especially if vomiting occurs).