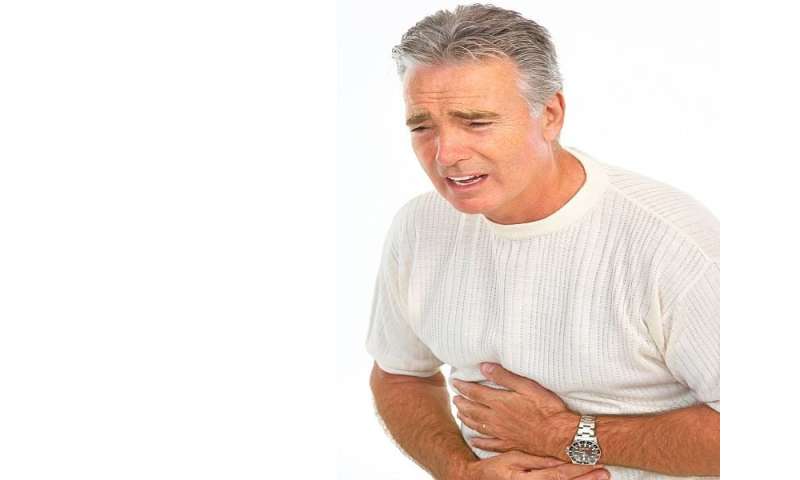 (HealthDay)—People who use common heartburn drugs for months to years may face heightened risks of dying from heart disease, kidney failure or stomach cancer, a new study suggests.

The study included more than 200,000 U.S. veterans. It’s the latest to raise concerns over drugs called proton pump inhibitors (PPIs). They include prescription and over-the-counter drugs like Prilosec (omeprazole), Prevacid (lansoprazole) and Nexium (esomeprazole). And they rank among the top-selling medications in the United States.

Research in recent years has linked prolonged PPI use to increased risks of various diseases and premature death.

These latest findings point to the specific causes of death tied to the drugs, said lead researcher Dr. Ziyad Al-Aly.

He stressed that the excess risks were relatively small. For example, over 10 years, 13% of PPI users died of a cardiovascular condition, including heart disease or stroke. That compared with just over 11% of people who used H2 blockers, another class of heartburn drug.

When the researchers weighed other factors—such as patients’ age and chronic health conditions—PPI use was tied to a roughly 18% higher risk of cardiovascular death.

However, based on patients’ medical records, many of those with PPI prescriptions had no documented need for one.

“It suggests a lot of people were using a PPI without actually needing one,” he said. “They could be taking a risk without deriving any benefit.”

But an expert not involved in the study said it’s unclear whether PPIs, themselves, are responsible for the higher death rates.

Dr. Lawrence Kim is a member of the American Gastroenterological Association’s governing board. He said the current study, like others before it, is “observational”—that is, it used medical records to track patients’ outcomes.

Those types of studies cannot prove cause and effect, Kim said. There may be other explanations for the higher risks seen among PPI users.

In 2017, Kim said, the gastroenterological association published a review of the research into the issue.

“The report concluded that the evidence supporting all of these risks was low- to very-low quality,” he said. “Therefore, there’s insufficient evidence to conclude that these adverse outcomes are likely to be an effect of the PPI therapy.”

PPIs work by blocking the enzyme system that creates stomach acid. They are commonly prescribed for gastroesophageal reflux disease (GERD), where stomach acid chronically escapes into the esophagus (the tube connecting the mouth and stomach).

Many people with GERD can take a PPI for just a short time, Al-Aly said. That allows damaged tissue in the esophagus to heal. Then patients can switch to a different treatment, like an H2 blocker. Those medications include drugs such as Tagamet (cimetidine), Pepcid (famotidine) and Zantac (ranitidine).

“Most people don’t need to be on a PPI for months or years,” Al-Aly said.

In this study, the risks linked to PPIs rose with prolonged use. The odds of death over 10 years were 63% to 71% higher among patients who’d used the drugs for at least a year, versus those who’d used them for a few months.

However, some GERD patients do need long-term PPI treatment, Al-Aly and Kim said. That includes people with recurrent stomach ulcers or Barrett’s esophagus—serious damage to the esophageal lining that can raise the risk of cancer.

Before you start a PPI, Al-Aly said, be sure you actually need one. The drugs are available over the counter, but they should not be used for more than a couple weeks without talking to a doctor, he said.

If you’ve used a PPI for a long time, Kim said, talk to your doctor about whether you need to continue.

According to the study, more than 15 million Americans have PPI prescriptions. And millions more buy them over the counter without a doctor’s knowledge.

The findings were published recently in the journal BMJ. The veterans in the study—mostly older men—started on a PPI or H2 blocker between 2002 and 2004.