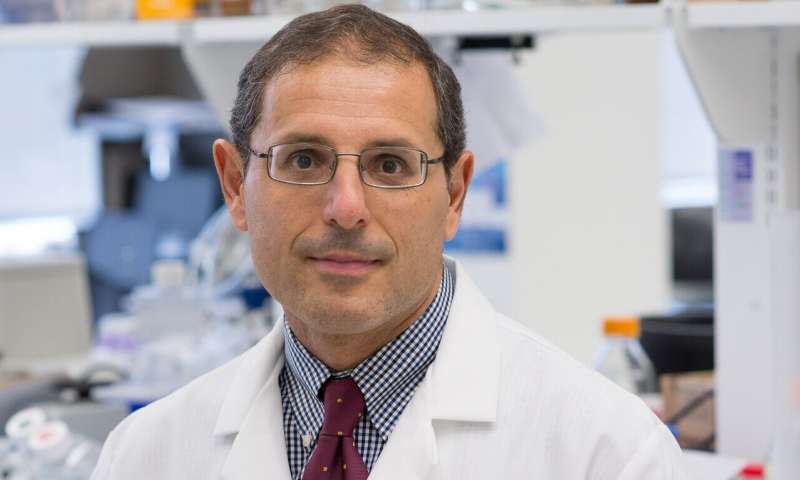 A high-fat diet can carry health risks, but for mothers-to-be, it may make all the difference when it comes to Alzheimer’s disease prevention for their children. In a report published online August 26 in the journal Molecular Psychiatry, researchers at the Lewis Katz School of Medicine at Temple University show for the first time in animals that high maternal fat consumption during gestation protects offspring against changes in the brain that are characteristic of late-onset Alzheimer’s disease.

“In humans, it has been known that individuals whose mothers develop Alzheimer’s disease after age 65 are at increased risk of also developing the disease around the same age,” said senior investigator Domenico Praticò, MD, Scott Richards North Star Foundation Chair for Alzheimer’s Research, Professor in the Departments of Pharmacology and Microbiology, and Director of the Alzheimer’s Center at Temple at the Lewis Katz School of Medicine.

Genetic factors transmitted by mothers to their offspring seem like an obvious explanation behind this phenomenon, but so far no genes have been identified that could explain the maternal transmission of Alzheimer’s disease. This fact would suggest that environmental factors, such as lifestyle and diet, adopted during the gestation period, a time in which mother and baby are in tight interaction, could significantly influence the offspring’s risk of developing the disease later in life.

Diet is of particular interest as a risk factor, especially a diet rich in animal fat and cholesterol. High-fat intake previously has been shown in young/adult mice to directly exacerbate the types of changes in brain function that ultimately may contribute to Alzheimer’s disease.

To better understand the unique relationship between maternal Alzheimer’s disease and risk in her offspring, Dr. Praticò and colleagues looked at maternal fat intake specifically during the gestation period in mice engineered to develop Alzheimer’s disease. Pregnant mice were fed a high-fat diet from the beginning until the end of gestation. The moment offspring were born, mothers were switched to a regular diet, which was maintained during the lactation period. Offspring of these mothers were always kept at the same regular, or standard, diet throughout their life.

The observed improvements in memory and learning were associated with the maintenance of good synaptic integrity. In fact, offspring from mothers exposed to a high-fat diet had significant improvement of synapse function when compared with offspring from mothers on a regular diet. Synapses, the places where neurons come together to relay information, play a vital role in learning and memory formation.

In addition, compared to animals born to mothers fed a regular diet, offspring from mothers on a high-fat diet had lower levels of amyloid-beta, an abnormal protein that builds up in neurons, contributing to nerve cell dysfunction and eventually significant impairments in memory and learning

When the team searched for possible mechanisms responsible for the beneficial effect, they discovered that offspring from mothers fed a high-fat diet exhibited reduced levels of three important genes involved in Alzheimer’s disease: beta-secretase, tau, and the pathological tau-regulating gene CDK5. Dr. Praticò’s team found that already in the early developmental stages, the three genes were effectively switched off in offspring because the high-fat diet had increased activity of a protein called FOXP2. They demonstrated that the repressive activity of FOXP2 on these genes ultimately protected offspring from later declines in brain function and Alzheimer’s disease development.

“Our findings suggest that, to be effective, Alzheimer’s disease prevention probably needs to start very early in life, during gestation,” Dr. Praticò said. “Diet at this specific life stage can have critical, but underestimated, long-term impacts on brain health.”