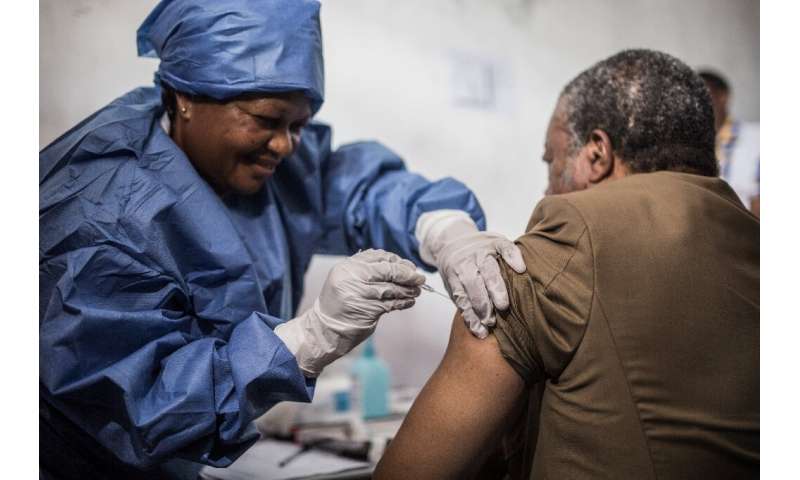 Japanese scientists will begin the country’s first human trial for a new vaccine against the deadly Ebola virus this month, they said Friday.

The vaccine, which has previously been tested in monkeys, uses an inactivated form of the virus that can only effectively replicate in artificial cells.

Scientists hope that will make it safer than other treatments, the Institute of Medical Science at the University of Tokyo said in a press release.

“We think there’s high hope for a new, safe vaccine which can be produced effectively,” Yoshihiro Kawaoka, a professor of infectious diseases at the university who helped developed the vaccine, said in the release.

The university will begin the clinical study later in December, injecting 30 healthy adult men with two doses of the vaccine, four weeks apart.

They will be monitored for side effects and whether they have developed immunity to Ebola.

The Ebola virus is passed on by contact with the blood, body fluids, secretions or organs of an infected or recently deceased person.

The death rate is typically high, ranging up to 90 percent in some outbreaks, according to the WHO.

Several Ebola vaccines exist, including rVSV-ZEBOV and a new formula produced by a Belgian subsidiary of Johnson & Johnson that went into use last month in the Democratic Republic of Congo. 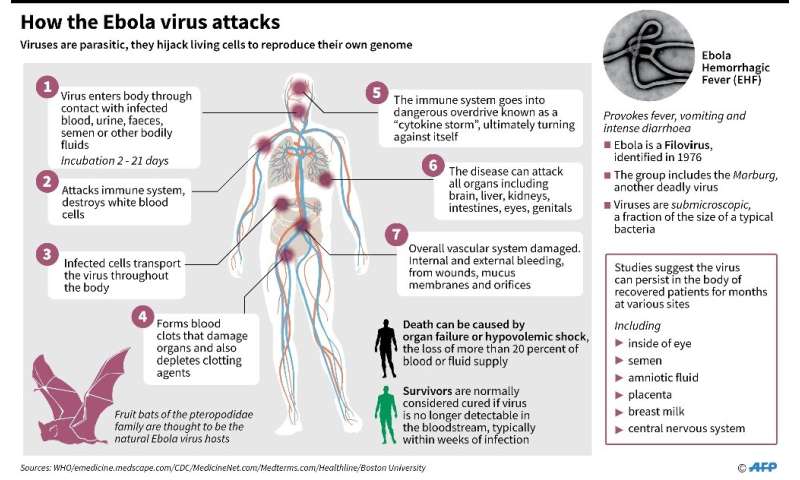 The country is in the grip of an Ebola epidemic that has killed more than 2,000 people in 15 months.

It is the second most deadly to date after a 2014-2016 outbreak which left some 11,000 people dead and underscored the urgency to bring a vaccine to market.