Using an in utero electroporation technique for ferrets, researchers at Kanazawa University investigated the axonal fibers in the developing cerebral cortex, where ferrets have two fiber layers; the inner axonal fiber layer projects contralaterally and subcortically, whereas the outer fiber layer sends axons to neighboring cortical areas. Furthermore, mice and ferrets were found to have unexpected similarities. The results shed light on the cellular origins, projection patterns, developmental processes, and evolution of fiber layers in mammalian brains.

The cerebrum plays the most important roles in the higher functions of the brain. In particular, the cerebral cortex*1), among other parts of the cerebrum, is essential. Humans have by far the most developed cerebral cortex among animals and it is thought that humans have acquired specific abilities thanks to this. In addition, the cerebral cortex has received special attention, since various parts are involved in various brain diseases, psychiatric disorders and others.

The developing cerebral cortex of higher animals like humans contains two axonal fiber layers that transmit neural information and are, therefore, considered to be important in brain functions. The cerebral cortex of the mouse, the most commonly used model animal in research, was not found to have equivalents of the axonal fiber layers, which made mouse research on this subject very difficult. Thus, research on these fiber layers has been much retarded.

The present research group at Kanazawa University has been promoting studies using the ferret*2), since it is important to conduct research using higher animals with a more developed cerebrum, closer to that of the human than the mouse. Research techniques for the ferret were previously not available, so in 2012 and 2013 the group developed an appropriate technique, in utero electroporation, for use in ferrets at the gene level. They have thus led research into the brains of higher mammals including the development of disease model ferrets in 2015 and 2017. 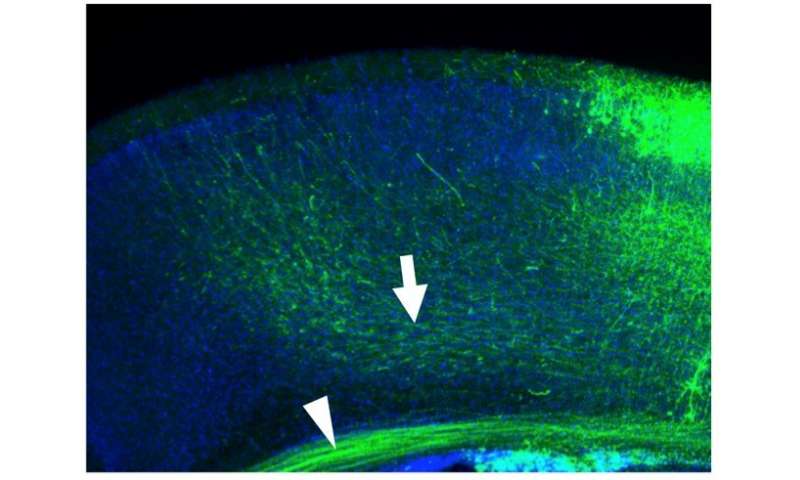 In the present study, the Kanazawa University group has mapped the fiber layers of the developing cerebrum of a higher mammal, the ferret, using its own unique research technique. They have also found an important clue to the evolution of these fiber layers. More specifically, the following three points have been established:

By introducing GFP (green fluorescent protein) into neurons in the ferret cerebral cortex, it was found that axons in two fiber layers are derived from the neurons of the cerebral cortex (Figure 1 upper right panel, indicated with [ symbols). 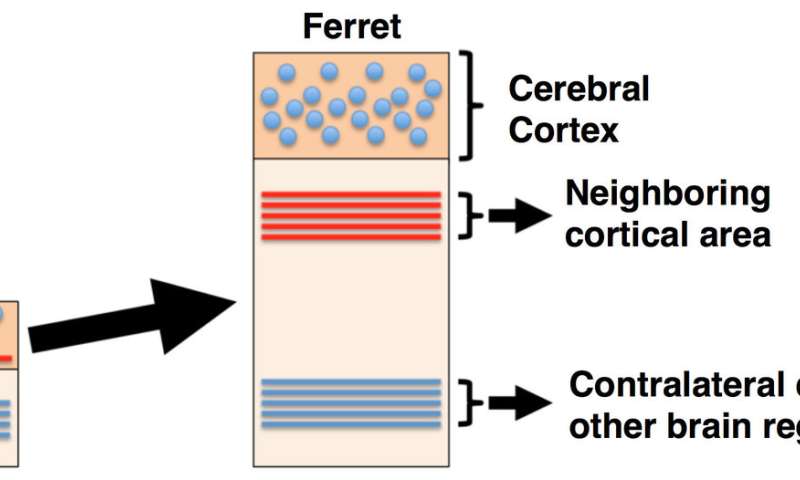