Ensuring adequate sleep in children is a good way to prevent and treat childhood obesity, according to recent studies. The average sleep duration has declined over the last couple of decades, to about 9.5 hours a night, accompanied by a rise in pediatric obesity. The recommended sleep duration in this age bracket is 10-11 hours, which means that children are incurring an enormous sleep debt over the years. 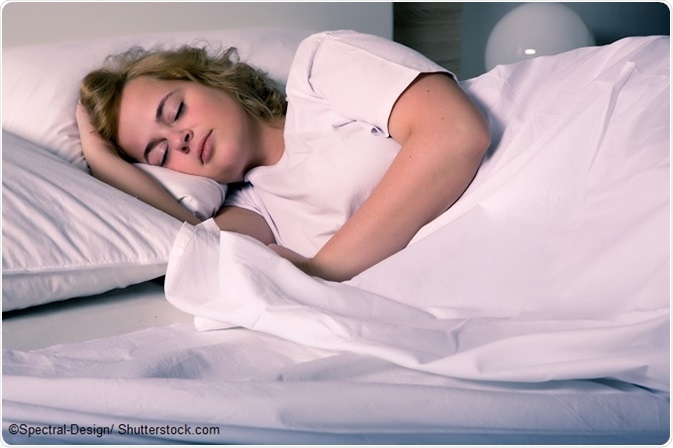 Sleep deprivation has been shown to be associated with several metabolic changes which affect body function and behavior. If these alterations persist over a long period of time, obesity may result. These include increased secretion of hormones such as growth hormone (GH), prolactin, cortisol, insulin, and thyroid hormone.

Some of them, such as GH and cortisol, rise either during the evening or during night sleep, while others like insulin actually lose their sensitivity during nocturnal sleep. Leptin and ghrelin, which are appetite-suppressing and hunger-promoting hormones, are decreased and increased, respectively, during sleep deprivation. This leads to increased hunger and motivation to eat, and greater food intake.

The increase in hunger aside, sleep loss actually leads to an increased appetite for high-calorie foods which are associated with weight gain. Another hypothesis is that too little sleep itself alters the activity level, which could promote obesity.

The overall risk of obesity is thus increased by 56-89 percent in children who sleep too little. Increased adipose tissue is associated with sleep shortening, leading to increased waist circumference and percentage of body fat.

Another possibility being investigated is that later bedtimes may be associated with circadian phase-delay, which leads to insomnia and metabolic derangements. Only less than half of children and adolescents actually sleep enough on school days.

Sleeping is an activity which requires the lowest expenditure of energy among all physiological function. Thus a shorter sleep duration might be expected to increase the total daily energy consumption, and lead to weight loss. The opposite is true, however, with shortened sleep being associated with weight gain in children and adults.

This is thought to be due to alterations in metabolic parameters, but fatigue may also play a role in limiting the type and range of physical activity engaged in. Another explanation is that during sleep the individual has less opportunity to think about or engage in eating, especially when television viewing time is lowered because of sleep.

The link is more strongly seen in boys compared to girls, and it has been established despite confounding factors. Of course, it is also possible that children and adults who are overweight do not enjoy good sleep because of sleep apnea, for instance, which changes glucose homeostasis and promotes obesity.