Parkinson’s disease is one of the most prevalent neurodegenerative disorders affecting the motor and non-motor systems within the human brain. A deficit in mobility, agility, and executive functioning can be seen in patients affecting their ability to manage their daily life, which in turn affects their overall quality of life. Several treatment options currently exist which make up a multidisciplinary approach including drug, surgical treatments and physiotherapy. 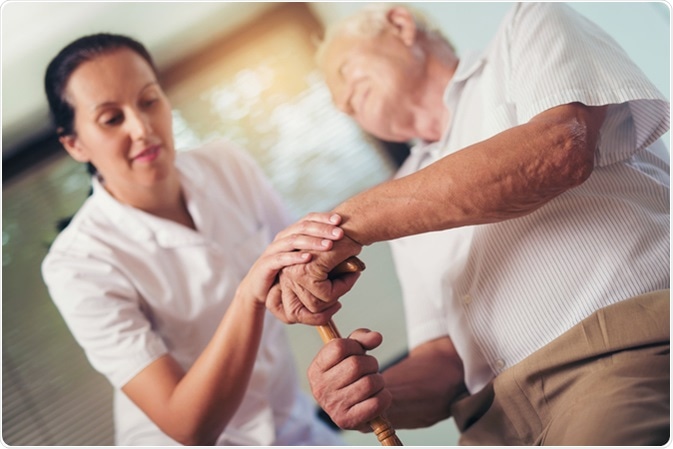 What is Parkinson’s Disease?

Parkinson’s disease (PD) was first recognized as a disease in the early 1800s by James Parkinson. It is a complex neurodegenerative disorder which causes motor and non-motor symptoms. The latter is characterized by impairments in cognitive processes including the regulation, planning and execution of behavior. The prior features: bradykinesia, defined as slowness of movement and is linked to disorders of the basal ganglia (group of neurons located deep within cerebral hemispheres); rigidity, characterized by an increase in resistance; and tremors at rest.

Causes and Treatments for Parkinson’s Disease

The symptoms of Parkinson’s are considered to arise due to dopaminergic cell loss within the substantia nigra. Research is yet to conclude how the death of dopamine-producing cells occur, however, it is thought to have links with genetic and environmental factors. Several causative monogenetic mutations have been linked to the onset of Parkinson’s disease. Although, this theory is thought to only account for a relatively small number of PD cases.

However, as PD is a progressive disorder, motor symptoms can often worsen alongside the effectiveness of the prescribed drugs. Furthermore, long-term use of specific anticholinergic drugs and dopamine agonists have been found to precipitate motor complications such as involuntary movements and fluctuations in responses.

Deep brain stimulation has also been found to be effective in relieving some of the symptoms experienced. However, for most individuals living with PD, additional treatment methods are required such as physiotherapy to aid mobility and boost independence.

To target both motor and non-motor symptoms, physiotherapy is often offered to those with Parkinson’s as part of a multidisciplinary treatment approach and aims to improve the quality of life of those living with the disease. This is achieved by improving range of movement and physical capacity in daily activities through walking, as well as practice of manual activities such as grasping.

Traditionally, referral rates for physiotherapy for PD were low, however, in recent years, referral rates have increased. This change has been attributed to guidelines including those published by the National Institute for Health and Clinical Excellence which recommended that physiotherapy should be used throughout all stages of the disease.

The main role of the physiotherapist as part of the multidisciplinary team is to maximize the functional ability of the patient whilst minimizing any secondary complications incurred through movement rehabilitation using support and education.

Physiotherapy as a treatment option for Parkinson’s focuses on transfers, posture and upper limb function, balance and physical capacity and activity. Physiotherapists may also use cognitive movement and cueing strategies, and exercise to maintain or increase the patient’s levels of independence and overall quality of life.

In the early stages of PD, when symptoms are not as detrimental, physiotherapists aim to promote engagement in leisure programs that increase fitness and inclusion in activities within the community. As symptoms progress, patients are taught movement strategies to overcome difficulties in generating movement and thought. This includes the physiotherapist developing strategies to compensate for a loss of function.

Based on the literature of research that exists surrounding the impact of physiotherapy for Parkinson’s disease, it is clear that the different approaches used are beneficial in improving patient’s quality of life. Furthermore, there are several movement rehabilitation approaches used by physiotherapists that have short-term benefits. It has been found that aerobic and learning-based exercises are best suited for individuals suffering from PD. These exercises have been particularly found neuro protective in elderly affected with PD.

Exercises improving cardio-pulmonary functioning and which bring improvement in biomechanics, posture, trunk movement and overall symmetric movement have been found of great advantage in neurodegenerative disorders. It has been found that exercises challenging affected individuals to change momentum, activity, or direction (known as “random practice” exercise) helps individuals affected with PD. However, it remains unclear which approach is most effective. Nonetheless, physiotherapy plays a crucial role in the multidisciplinary treatment approach for Parkinson’s disease.