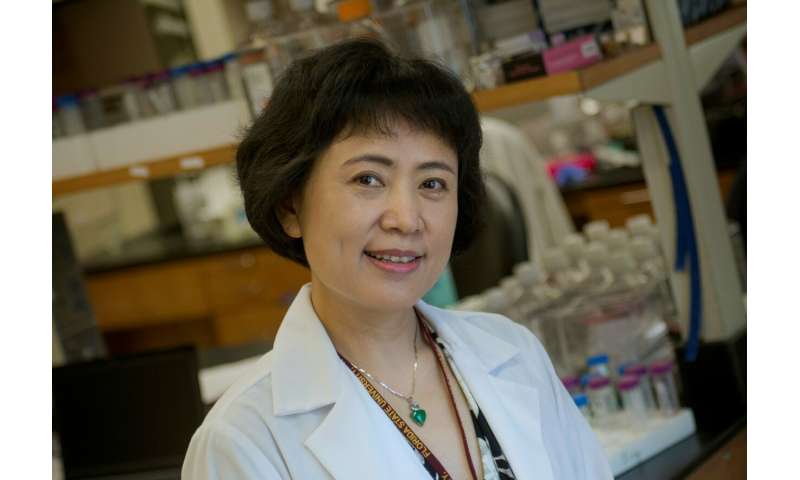 Thousands of people worldwide suffer severe spinal cord injuries each year, but little is known about why these injuries often continue to deteriorate long after the initial damage occurs.

Yi Ren, a professor of biomedical sciences at the Florida State University College of Medicine, is making progress in understanding why such significant harm is inflicted in the weeks and months after a spinal injury. In a study published today in the journal Nature Neuroscience, Ren explained how a natural immune system response may contribute to additional injury.

When spinal cord damage occurs, the endothelial cells that line blood vessels are activated to remove potentially harmful material, like myelin debris, from the site of the injury. However, Ren and her team discovered that this process may be responsible for causing further harm.

“The consequences of the effort of endothelial cells to clear myelin debris is often severe, contributing to post-traumatic degeneration of the spinal cord and to the functional disabilities often associated with spinal cord injuries,” said Ren, whose team conducted the study over a period of five years.

The inflamed area fills with macrophages, a type of white blood cell that engulfs foreign material and dead cells and is a key player in the immune response system. Macrophages remain in the area of the inflammation for months or even years. The mechanisms for macrophage infiltration remain unclear.

“Uncontrolled inflammation is one of the most important pathological events in the secondary injury cascade,” Ren said. “It persists for a long period of time following a spinal cord injury. We know that myelin debris acts as an inflammatory stimulus that exacerbates secondary injury by activating other cells in the injured spinal cord that are actively involved in inflammatory responses during disease progression.

“Clearing myelin debris generated at the time of injury is critical in controlling the inflammatory response and to ensuring neural regeneration.”

Little is known about the cellular and molecular mechanisms at work in clearing myelin debris from the injury site.

Ren’s lab demonstrated that debris can be engulfed by blood vessels and endothelial cells in the injured spinal cord. The problem is that once endothelial cells engulf the debris, they are enabled to promote inflammation and the formation of abnormal blood vessels. Those outcomes would inhibit the chances of a full recovery.

“Unexpectedly, we found that the process of engulfing debris confers upon endothelial cells the ability to stimulate production of fibrotic components suggesting that these cells have a function in the formation of fibrotic scars,” Ren said. “Specifically, they facilitate the arrival of macrophages derived from bone marrow that ultimately promote chronic inflammation.”