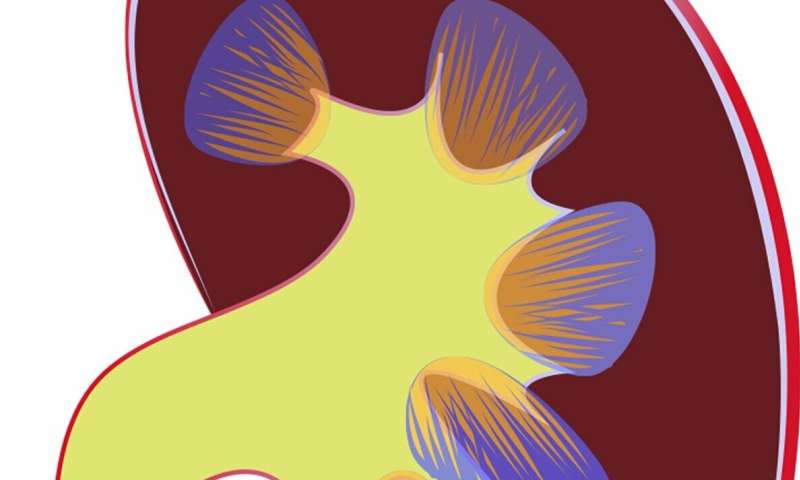 When the pathogen-sensing intracellular receptors TLR-7 and TLR-9 were implicated in systemic lupus erythematosus (SLE), it was suspected that their removal would lessen the severity of the disease. However, while this held true for TLR-7, removing TLR-9 in mice unexpectedly caused severe SLE with an inflammatory kidney disease called glomerulonephritis.

“Everyone was scratching their heads: all the signs of autoimmunity were there but no-one had any idea why it happened,” recalls A*STAR’s Anna-Marie Fairhurst. The two receptors share similar expression and signaling patterns, and their aberrant expression is implicated in SLE, but their absences caused opposite effects.

Fairhurst’s team at A*STAR’s Singapore Immunology Network has now revealed the stabilizing action of TLR-9, and how its depletion boosts pathogenic levels of TLR-7 which leads to the production of antibodies that act against the body’s own genetic material.

SLE is an autoimmune disease—a condition in which a person’s immune system turns on its host’s own cells and tissues. SLE’s exact causes aren’t fully understood, however, it is thought that a combination of inherited risk factor genes and a trigger—such as an infection—could precipitate it.

In their paper, published in Arthritis and Rheumatology, Fairhurst and her team explain that, in SLE, complexes of host-attacking antibodies and genetic material embed in organs and cause irreversible damage. When these complexes activate infection-sensing toll-like receptors (TLRs), the result is an exacerbating and damaging inflammatory response.

The researchers bred lupus-prone, TLR-9 deficient mice to establish the impact. The mice exhibited a systemic increase in TLR-7, including within the immune system’s dendritic cells. Dendritic cells with increased TLR-7 expression infiltrated the kidneys, where TLR-7 played an initiative role in the development of glomerulonephritis.

Mice lacking TLR-9 also developed increased autoantibodies that targeted a form of genetic material known as RNA, a nucleic acid involved in carrying instructions from DNA to control protein synthesis. Fairhurst’s team report in their paper that this loss of ‘tolerance’ to a host’s own RNA is thought to be a key stage in the transition to active autoimmune disease.

“It’s really two things coming together. It’s the anti-RNA antibodies, and then also TLR-7 and dendritic cells. These two are coming together to really drive inflammatory events that slowly, but surely, destroy the kidney,” says Fairhurst.