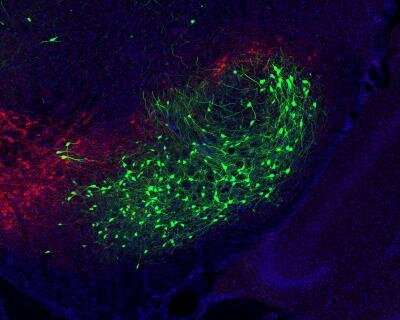 During high stress situations such as making a goal in soccer, some athletes experience a rapid decline in performance under pressure, known as “choking.” Now, Salk Institute researchers have uncovered what might be behind the phenomenon: one-way signals from the brain’s emotion circuit to the movement circuit. The study, which was published online on September 6, 2019, in eLife, could lead to new strategies for treating disorders with disrupted movement, such as obsessive-compulsive disorder, anxiety and depression, along with aiding in recovery from spinal cord injuries or physical performance under pressure.

“This finding is very exciting as it is the first time that a comprehensive circuit mechanism has been found showing how emotional states can influence movement through connections in an area of the brain called the basal ganglia, a region involved in guiding behavior,” says Associate Professor Xin Jin, senior author on the paper. “We did not previously know much about this pathway, so it brings about a whole new paradigm for examining psychiatric disorders as well as spinal cord injury.”

It was previously believed that the brain’s emotion and movement loops worked like parallel closed circuits, operating independently to relay important information. However, researchers suspected that there could be some influence of emotion on movement due to the observation that, in neuropsychiatric conditions such as depression, decreased physical movement is a symptom and could be linked to disrupted emotional processing and reduced motivation. Yet, scientists did not know much about the connections within each circuit or how the circuits might interact.

“We wanted to explore how emotion information reaches the movement circuitry in the brain by using a combination of cutting-edge viral and optogenetic techniques,” says Sho Aoki, co-first author and postdoctoral fellow in the Jin lab.

The scientists sought to trace these circuits in rodent models to better understand each step of neuronal communication. They focused on the emotion and movement brain loops, starting from a region involved in emotion (the medial prefrontal cortex) and a region involved in movement (the primary motor cortex). They used multiple genetic and viral tracing tools, including a technique developed by Salk Professor Ed Callaway’s lab, to observe how each loop was organized in the brain. 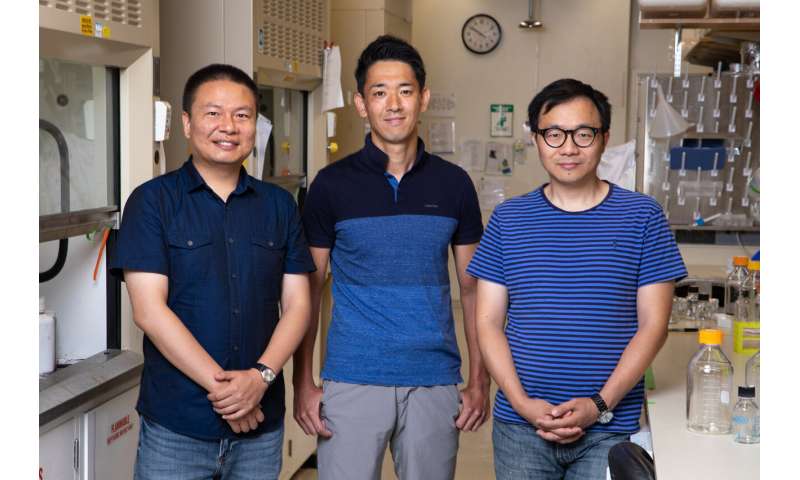 To the researchers’ surprise, they found a one-way communication pathway from the emotion loop to the movement loop through an area located deep in the brain called the basal ganglia. The basal ganglia, which includes structures involved in guiding behavior, essentially acts as a crossroads for the emotion circuit to directly influence the movement circuit to control action. To confirm their results, the authors used optogenetics, a technique that uses light to control cells, to investigate the precise function of the neurons in this region. They also studied each neural circuit in isolation from the rest of the brain and confirmed the novel pathway.

“Psychiatric diseases such as depression and anxiety can alter actions in a dramatic way by either decreasing or increasing movement. This mechanism represents a likely way that emotional states are related to changes in action control in psychiatric diseases,” says Jin.