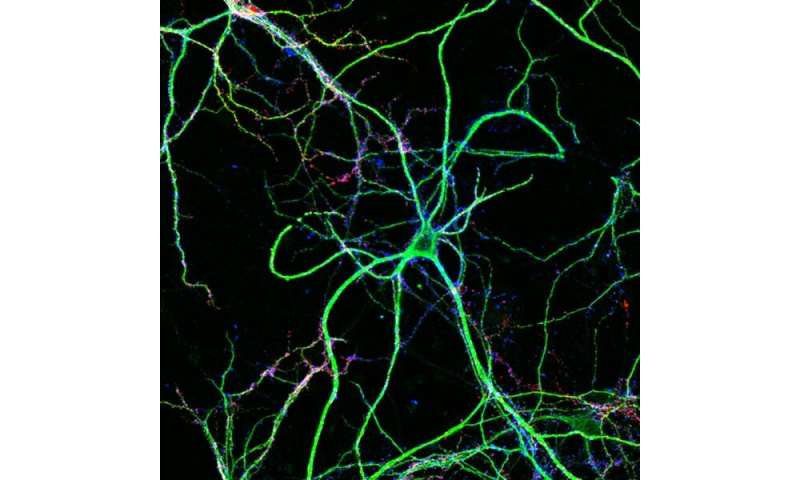 Scientists at The University of Texas at Dallas have found evidence suggesting that resistance to the “hunger hormone” ghrelin in the brain is linked to the cognitive impairments and memory loss associated with Alzheimer’s disease (AD).

The findings, based on observations of postmortem brain-tissue samples from Alzheimer’s patients and on experiments with a mouse model of AD, also suggest a possible treatment strategy for the incurable neurodegenerative disorder that affects about 5.8 million older adults in the United States.

The research was published Aug. 14 as the cover article in the journal Science Translational Medicine.

“This is a proof-of-concept study, but we are very encouraged by the results,” said Dr. Heng Du, associate professor of biological sciences at UT Dallas and corresponding author of the study.

Produced in the stomach, ghrelin sends signals to the brain that regulate energy balance and body weight. Often called the hunger hormone, it plays a role in appetite and meal initiation. But ghrelin also has been implicated in learning and memory.

The hippocampus region of the brain—crucial to learning, memory and emotions—is one of the first to suffer cell death and damage in Alzheimer’s disease due to a toxic buildup of protein fragments called amyloid beta.

In a healthy hippocampus, ghrelin binds with proteins called ghrelin receptors, which combine with similarly activated receptors for the neurotransmitter dopamine. The two receptors then form a protein complex that helps maintain communication between brain cells and, ultimately, memory.

In the new study, Du and his colleagues found that amyloid beta binds to ghrelin receptors in the hippocampus, blocking their ability to combine with dopamine receptors.

Du likened the condition to insulin resistance found in individuals with type 2 diabetes. In that disease, insulin receptors malfunction. 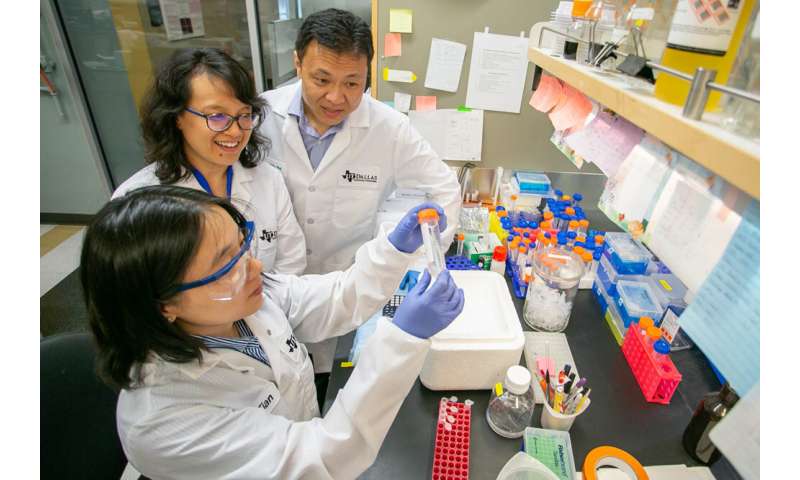 “To compensate, patients in the early stages of type 2 diabetes produce more insulin to bind insulin receptors,” Du said. “But they become insulin-resistant. No matter how much insulin your body produces, the insulin receptors are unable to activate the downstream biochemical reactions needed to transport glucose from blood into cells.

“Similarly, based on our findings, Alzheimer’s might be linked to ghrelin resistance.”

Du said the new findings help explain why a recent clinical trial of a compound called MK0677—designed to activate ghrelin receptors in the brain—proved unable to slow the progression of Alzheimer’s.

To test a different approach in their mouse model of AD, Du’s team gave the mice MK0677 and another compound—SKF81297 to activate dopamine receptors—at the same time.

“When we gave these compounds simultaneously, we saw improved cognition and memory in the AD mice, and lesions in the hippocampus were reduced,” Du said. “Activating both receptors at the same time was key; it restored the receptors’ ability to form complexes. When this happens, we suspect the ghrelin receptor becomes protected and can no longer bind to amyloid beta.

“More research is needed, but targeting this mechanism might prove therapeutically useful.”

Du, who has filed for a patent on the approach, said the team’s findings suggest that Alzheimer’s might be more than just a brain disease.

“As we age, we tend to experience changes in metabolism. These affect the heart and the gastrointestinal system, but maybe they also are affecting the brain by altering the ghrelin receptor,” he said. “We know that even in the absence of dementia, many older people have memory problems, and this could be related to the dissociation between the receptors in the brain, even without the presence of amyloid.