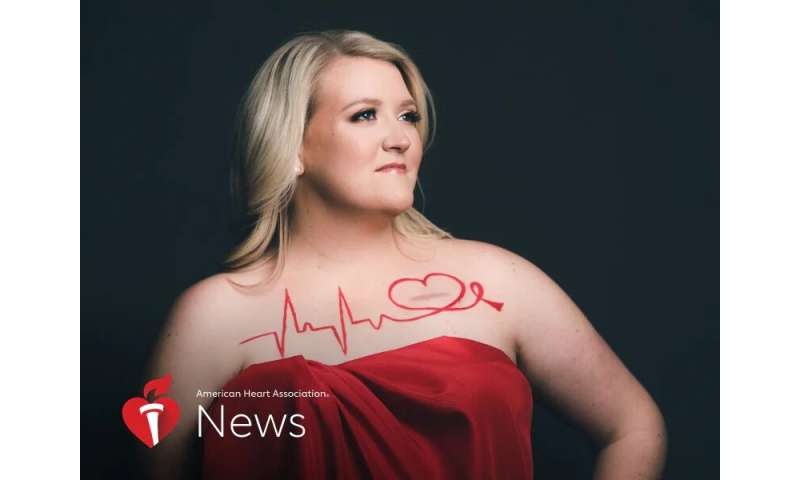 Their young sons in bed, Lucy Henglefelt and her husband, Adam, were cleaning their Sioux Falls, South Dakota, home to put it on the market. A real estate agent was coming the next day to take pictures.

But Lucy reached a stopping point. She occasionally got dizzy and often was near exhaustion, and now she needed to lay down.

Later that night, she couldn’t catch her breath, saying it felt like an elephant was sitting on her chest. She tried walking to the bathroom and back, about 20 steps away, and was completely winded.

Adam called a nursing hotline for help. Their advice was to get to an emergency room right away because she may have a blood clot in one of her lungs.

At the hospital, doctors indeed discovered two blood clots in her right lung. But testing revealed a bigger issue.

“Lucy, your heart is only functioning at 10% right now,” a doctor told her. “Your heart is very enlarged, and you’re in heart failure.”

Doctors said they were amazed she could even walk or get out of bed. The 28-year-old small business owner couldn’t believe what she was hearing.

“At this point, I’m doing like 25 weddings a year and have two little kids that I’m fully in charge of at home,” she said.

In mom mode, Lucy thought, “This is just life right now, so have another cup of coffee and get on with your day.”

Now doctors were talking about her needing a heart transplant. Had she not come into the ER, they said she was likely headed to a fatal heart attack within a year.

Lucy was given blood thinners for the clots. Doctors later implanted a defibrillator and pacemaker in her chest to shock her heart back into rhythm if needed and pace her heart.

In the meantime, Lucy got a referral to the University of Minnesota to see a transplant doctor. That doctor discussed medications, interventions such as a heart pump, and the potential for future technological advancements that could stave off a transplant.

“She made us realize it’s not as scary as it sounded right way,” Adam said. “At least there was hope.”

When Lucy received that first diagnosis in 2016, she learned a normal heart’s ejection fraction – which measures how well the heart is pumping blood from the left ventricle – can be between 50% and 70%. Hers was 10% at the time, and it had caused her heart to become enlarged.

But with treatment, her heart now is up to 44%. She no longer is a candidate for transplant.

“My doctors are pretty amazed at that,” Lucy said. “My heart is almost all the way back to normal size, so they’re pretty positive that my function is going to keep rising. But you know things can go south at any point, so you still have to be on top of it.”

The jury is still out on why the young mother suffered heart failure.

“They think it might be postpartum-related, but since I went undiagnosed so long – my son was over a year old – they can’t diagnose it as postpartum,” she said.

After she posted about her medical journey on Facebook, Lucy found a community of support.

“It was a real turning point for me because I didn’t feel like I was alone,” she said.

Lucy was featured at the Sioux Falls Go Red for Women event last year and works to raise awareness with her local hospital. They give new moms a brochure with the warning signs of heart failure, including fatigue, dizziness, heart palpitations, shortness of breath, upper back pain and swelling.

While Lucy has drastically cut back on her wedding planning business, she’s made it her life’s work to share what she’s learned.