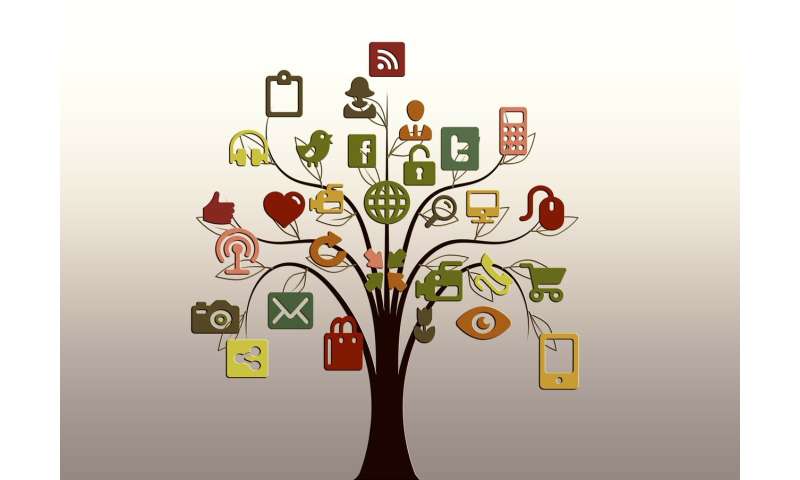 The study, published online September 11 in JAMA Psychiatry, examined the time adolescents reported spending on social media and two types of behaviors that can be indicators of mental health problems: internalizing and externalizing. Internalizing can involve social withdrawal, difficulty coping with anxiety or depression or directing feelings inward. Externalizing can include aggression, acting out, disobeying or other observable behaviors.

“Many existing studies have found a link between digital or social media use and adolescent health, but few look at this association across time,” says lead author Kira Riehm, MSc, a doctoral student in the Department of Mental Health at the Bloomberg School. “Our study shows that teens who report high levels of time spent on social media are more likely to report internalizing problems a year later. We cannot conclude that social media causes mental health problems, but we do think that less time on social media may be better for teens’ health.”

Social media use among teens is widespread. Recent polls have found that 95 percent of teens in the U.S. have access to a smartphone and close to 75 percent of teens have at least one social media account. The use of social media has both health risks and benefits. These platforms often provide ways to connect with peers and information and resources on causes important to them, but there are risks of cyberbullying and other digital aggressions.

For their study, the researchers used a nationally representative sample of U.S. adolescents ages 13 to 17 from the federally funded Population Assessment of Tobacco and Health Study (PATH) between 2013 and 2016. The study collected data over three years and the analysis involved 6,595 respondents. Each year, participants were asked how much time they spent on social media as well as questions pertaining to symptoms of internal and external mental health problems.