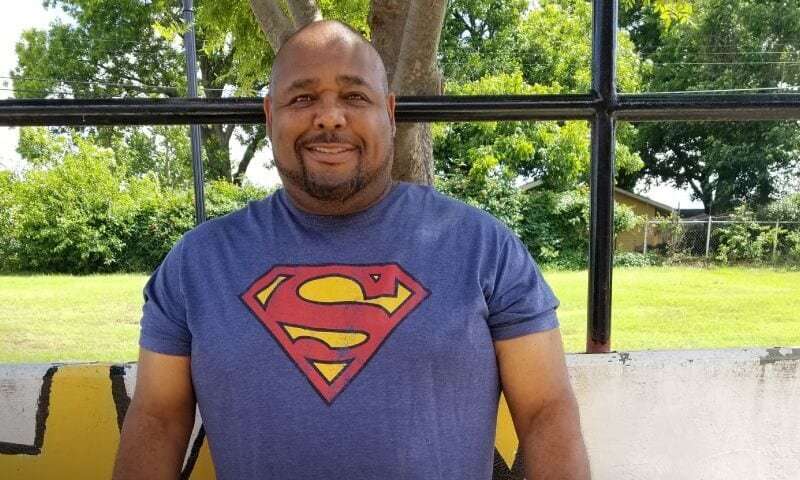 At 44, A.Jaye Johnson was relearning how to talk, walk and perform basic skills, like using a fork.

For years, he’d been the one looking out for others through his work at the Boys & Girls Club of Oklahoma County in Oklahoma City. A stroke forced this role reversal, and it devastated him. He wasn’t sure he wanted to go on living.

“This should not be happening,” thought the man who until now had felt as invincible as his favorite character – Superman.

Johnson, who many of “his kids” at the Boys & Girls Club have called their own hero, could sport a different Superman T-shirt every day for two months, with half a dozen wristwatches to match. For many of the children he’s helped, he’s been one of the most stable forces in their lives.

But it was his 13-year-old daughter, Rylea, who really put things into perspective.

“Daddy, I don’t care how you are,” she said during a visit to her father in the hospital. “I’ll love you any way you are, always.”

The words resonated. The next day in therapy, Johnson told himself, “Let’s go.”

Looking back, Johnson realized he’d been in denial about his unhealthy lifestyle.

“I was working 12-hour days, not taking care of myself, not getting checkups, eating fast food. I was overweight. I know it didn’t happen overnight,” he said.

After almost a month in the hospital, Johnson went home and continued rehabilitation therapy at an outpatient clinic three times a week. He stuck with it for more than two years. With his wife working, his sister Sylvia Reagans took him to all his appointments.

Johnson relearned how to walk somewhat quickly. However, his speech issues lingered.

“I didn’t want to talk to many people,” he said. “It was embarrassing to me.”

He formed a tight bond with his speech therapist. She gave him tips he still uses, such as visualizing what he wants to say beforehand and speaking with his hands more.

“She really helped me come out of my shell,” he said.

More than half a year after his stroke, Johnson returned to work. He walked with a limp (and still does if he’s tired) and still had some speech issues. But he led a healthier lifestyle and weighed less.

True to form, he imparted what he’d learned with the kids at the center, encouraging them to eat healthy snacks and accompany him on his daily walks.

After a month, Johnson realized he was racking up some serious mileage. He started plotting equivalent distances on a large map of the country that he hung up at work.

He started in late 2013. He plotted a route along Interstate 40, stretching from California to North Carolina. He learned about the major cities he “walked” through along the way.

Since then, he’s conquered several more interstate highways. He’s currently “on” I-95 in Florida, from Maine. Johnson figures he’s logged some 7,000 miles – and counting.

Reagans gushes about the strides her baby brother made, physically and emotionally.

Johnson, who turned 50 this year, remains grateful for this second chance.

“My stroke changed my life for the better,” he said. “I take better care of myself and the people around me.”