ADHD is a heterogeneous neuropsychological disorder that has a wide range of behavioral manifestations, which includes impulsivity. Since there remains several varying definitions and characteristics associated with impulsivity, this article discusses how impulsivity and its relationship with ADHD are studied. 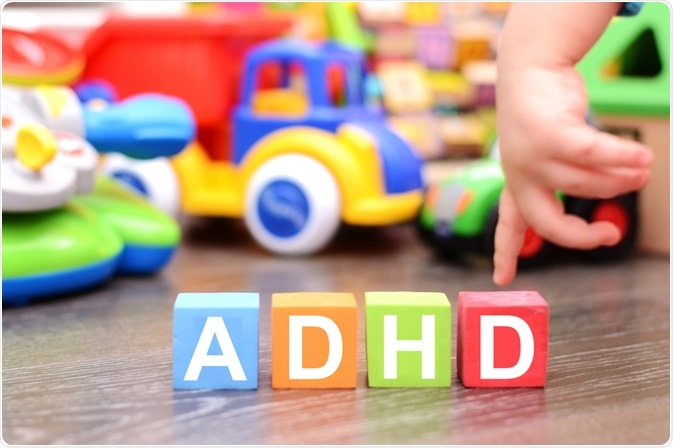 With over 5% of school-age children affected, attention deficit and hyperactivity disorder (ADHD) is considered to be one of the most common neurodevelopmental disorders to occur in children that often lasts into adulthood.

Recent studies have found that up to two-thirds of children with ADHD will continue to have to impaired ADHD symptoms throughout their adult lives.

Some of the most common symptoms of ADHD include difficulty paying attention, impulsivity, overly active behavior, learning deficits and mood instability. There are three types of ADHD, each of which are associated with the symptom(s) that are most evident in the affected individual, including:

Whereas children with ADHD of the first two types either easily distracted or restless and impulsive behaviors, respectively, those diagnosed with the combined presentation will exhibit a mix of inattentiveness, hyperactivity, and impulsiveness.

The causes of ADHD are unknown; however, several studies believe that certain risk factors including brain injury, exposure to teratogenic agents like alcohol, tobacco or lead, as well as premature delivery and low birth weight can increase the likelihood of a child being diagnosed with ADHD.

In general, the behavioral characteristics of impulsivity can be both beneficial and detrimental to our everyday lives. Impulsivity, which is otherwise referred to as premature and/or inappropriate actions, is often characterized by rapid decision making without prior consideration of the action’s consequences.

ADHD is a heterogeneous disorder that has a complex etiology and manifestations. As a result, there are no laboratory-based tests that are currently able to diagnose or evaluate ADHD.

While this may be true, several studies have found correlations between polymorphisms in the ADGRL3 gene and an increased risk of both ADHD and substance use disorder (SUD). ADGRL3 is expressed at both the pre- and post-synaptic terminals of interneuronal contacts, thereby demonstrating their role in both the development and function of synapses.

Several animal and cellular studies have found the downregulation or complete depletion of ADGRL3 can lead to significant alterations in the dopaminergic systems of these animals. Furthermore, these studies have also found that these animals exhibit cognitive impairment and abnormally high activity levels in behavioral studies, which may be indicative of ADHD endophenotypes.

A recent comprehensive study found that ADGRL3 transgenic mice who had an inactivation of ADGRL3 displayed some of the classical symptoms of ADHD including impulsivity, hyperactivity, hypoaggression, memory and learning deficits, as well as impaired social behaviors.

For any type of psychiatric disorder that is associated with increased impulsivity behaviors, particularly ADHD, clinicians must obtain an accurate assessment to provide the most beneficial diagnostic and treatment processes for each affected individual.

To improve how impulsivity is assessed during the diagnosis of ADHD, researchers have looked towards expanding its current definitions to include:

Individuals with ADHD that exhibit impulsive behavior can be at a higher risk of several downstream health effects, some of which include a greater likelihood of heavy alcohol use and substance abuse, as well as associated conduct problems that violate the rights of others.

While this data may be true and of concern for many adults who were diagnosed with ADHD as children, several research studies that are currently in their infancy have found certain beneficial influences of ADHD-related impulsivity to promote successful entrepreneurship in these individuals.