Hypercalcemia is a condition in which there are abnormal levels of calcium in the blood. The normal calcium levels in blood serum range from 8.8 mg/dL to 10.8 mg/dL. 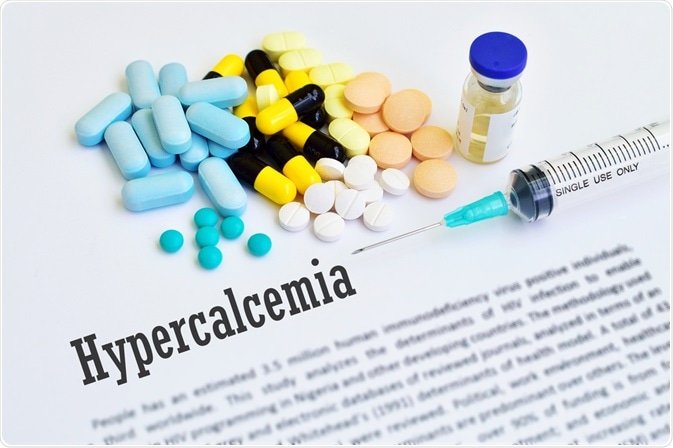 90% of hypercalcemia cases are thought to be caused by cancer or primary hyperparathyroidism, which is the excess of parathyroid hormone (PTH) in the body.

There are three levels of hypercalcemia:

The Role of Calcium in the Body

Calcium is an important mineral in the body with several vital functions.

Calcium helps to form strong bones and teeth, and the majority of the calcium in the body is found in the bones as calcium phosphate.

Calcium also helps to regulate muscle contractions, which includes the contractions needed for the heartbeat.

The amount of calcium in the body is regulated by the calcium intake in the diet, how much calcium and vitamin D the intestines absorb, how much phosphate is in the body, and the levels of hormones such as parathyroid hormone, calcitonin, and estrogen.

A disorder in the glands themselves or an area outside of the glands can cause too much parathyroid hormone to be produced.

Cancer can also cause hypercalcemia that is classified into two categories: local bone metastases induced osteoclastic activity, and humoral hypercalcemia of malignancy (HHM).

Osteoclastic activity is the process in which bone is broken down and minerals are released, increasing calcium levels in the blood.

HHM is caused by high levels of PTH-related protein in the blood and causes the bone to break down its tissues and release the minerals inside, transferring calcium from the bone to the blood.

Up to 30% of people with cancer will develop hypercalcemia.

The types of cancers that are more likely to cause hypercalcemia are:

An excess of vitamin D in the body can also cause too much calcium to be produced, leading to hypercalcemia.

Other causes of hypercalcemia include drug use, kidney disease, non-parathyroid endocrine diseases, immobility, and familial hypocalciuric hypercalcemia, which is an inherited condition that causes hypercalcemia due to a problem in the sensing receptors in the kidneys and parathyroid glands.

People with inherited hypercalcemia do not usually show any symptoms and genetic testing can be used to see if a person may have familial hypercalciuric hypercalcemia.

The signs of hypercalcemia can be summarized with the phrase, “stones, bones, moans, and groans.”

The symptoms of hypercalcemia are wide-ranging and often begin with increased thirst.

Hypercalcemia can cause kidney stones to form, which may be painful.

Symptoms of hypercalcemia affecting the bones include bone pain, and hypercalcemia can lead to bone problems such as osteoporosis, osteomalacia, arthritis, and fracturing.

Gastrointestinal symptoms include pain, nausea, and vomiting. Hypercalcemia can also lead to peptic ulcer disease and pancreatitis. Polyuria, polydipsia, and constipation are also symptoms of hypercalcemia.

Calcium levels of over 14 mg/dL can cause brain damage (encephalopathy), which requires urgent medical care.

Serious symptoms of hypercalcemia include:

A blood test will show if a person has high levels of calcium in the blood. Blood tests may also be carried out to assess the function of the kidneys.

The rates of hypercalcemia in the general population is thought to be approximately 1% to 2%.

Primary hypercalcemia, which is hypercalcemia not caused by another illness such as hormone imbalances or cancer, has a prevalence of approximately 0.2% to 0.8%.

Hypercalcemia is more common in adults than in children. Having cancer can also make a person more likely to develop hypercalcemia.

A person with hypercalcemia requires treatment even if they do not show any symptoms. Treatment aims to return the blood calcium levels to their normal rate and improve symptoms of hypercalcemia.

For mild hypercalcemia, a person will be given extra fluids through a vein to help the kidneys remove the excess calcium from the blood.

For moderate and severe hypercalcemia, there are a range of different treatments.

If hypercalcemia is caused by cancer, cancer treatment will be continued.

If a person has lost fluids through vomiting and urination, these fluids will be replaced to avoid dehydration.

If a person has kidney failure caused by hypercalcemia, a dialysis machine can be used to clean the blood and reduce the amount of calcium in it.

Medical advice should be sought before taking any supplements or medication for hypercalcemia, as some may make hypercalcemia worse. 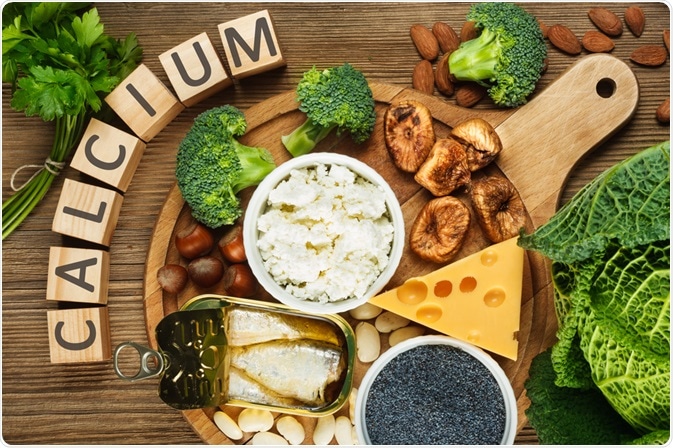 To help keep hypercalcemia from becoming worse, a person can drink fluids regularly, seek treatment to control nausea and vomiting or to manage an underlying illness causing hypercalcemia, and do appropriate exercise to help reduce bone loss.

Hypercalcemia is often caused by several different cancers, but it can be an inherited disorder. Symptoms will begin to occur with moderate levels of hypercalcemia, but mild, asymptomatic hypercalcemia still needs to be treated.

Treatments can include steroid medications, hormone treatments, or the treatment of the primary condition causing hypercalcemia.

Severe hypercalcemia will present serious symptoms such as seizures and coma and should be treated as a medical emergency.