The past 12 months have been a wild ride for Amy Schumer, culminating in the arrival of her son, Gene.

The stand-up comedian, 38, reflected upon her milestone year via Instagram on Sunday, December 22, by sharing a collage of nine photos taken in 2019. “It was a very good year,” she captioned the post.

Schumer included several pictures from her pregnancy, including one of herself showing off her baby bump during a hike with her husband, Chris Fischer. She also featured a never-before-seen snap of Gene crying moments after his birth as she lay in a hospital bed. 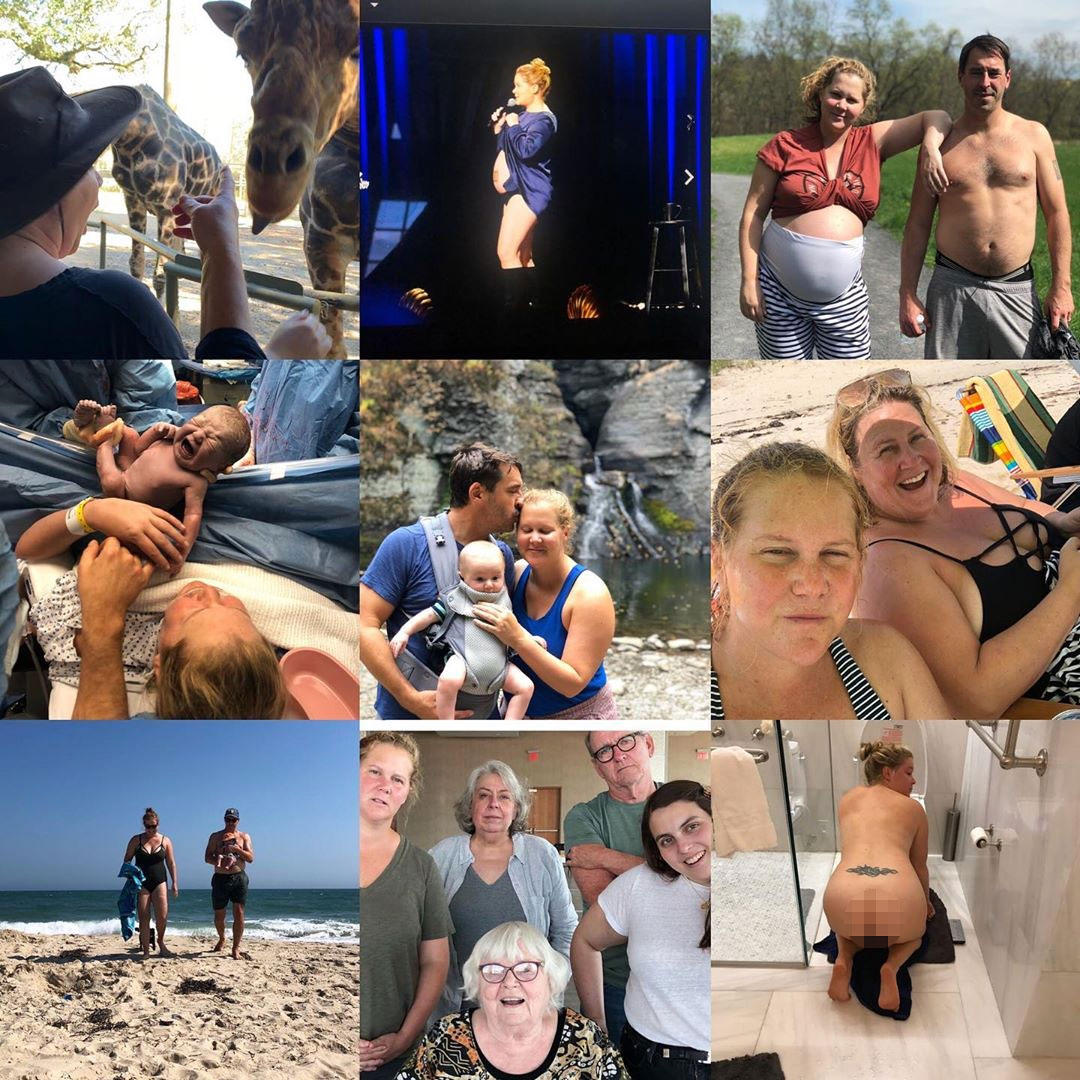 In addition, the Trainwreck star’s collage highlighted her close friend Bridget Everett and The Humans costars Beanie Feldstein, June Squibb and Richard Jenkins. The final picture showed Schumer fully naked and kneeling in front of a toilet, seemingly throwing up with her bare butt facing the camera.

The actress and the chef, 39, welcomed Gene on May 5, but the road to becoming a mother was not an easy one. In November 2018, Schumer was hospitalized for hyperemesis gravidarum, a pregnancy complication characterized by severe nausea. She later posted videos on Instagram of herself puking.

Us Weekly broke the news of Schumer and Fischer’s relationship in November 2017, six months after her split from furniture designer Ben Hanisch. She and the Beetlebung Farm Cookbook author tied the knot in Malibu in February 2018 in front of guests including Jennifer Lawrence, Jennifer Aniston, David Spade and Jake Gyllenhaal.

“It was a very chill wedding. It was thrown together last minute,” a source told Us exclusively at the time. “Most of the guests found out the wedding was happening on Tuesday from a text message sent out by Amy on Sunday. It was like, ‘Hey, this is happening. If you can make it, great. If not, no worries.’ People were in and out all night. It was a gorgeous day. Everyone was having a good time.”