Bekah Martinez has a lot on her plate! The Bachelor alum welcomed her daughter, Ruth, in February and headed back to college eight months later to study art.

“Update with school and work and baby and all of that — s–t’s been hectic,” the former reality star said on her Wednesday, October 16, Instagram Story. “In the past few days, I haven’t really been on Instagram hardly at all in my eyes just because I’ve been super busy.”

The California native wrote alongside the video: “School is hard af. But I love it. So nice to have time to myself even though I miss Ruth constantly. My classes have TONS of assigned reading and writing and the studio classes expect 6+ hours of work weekly outside of class on projects.” 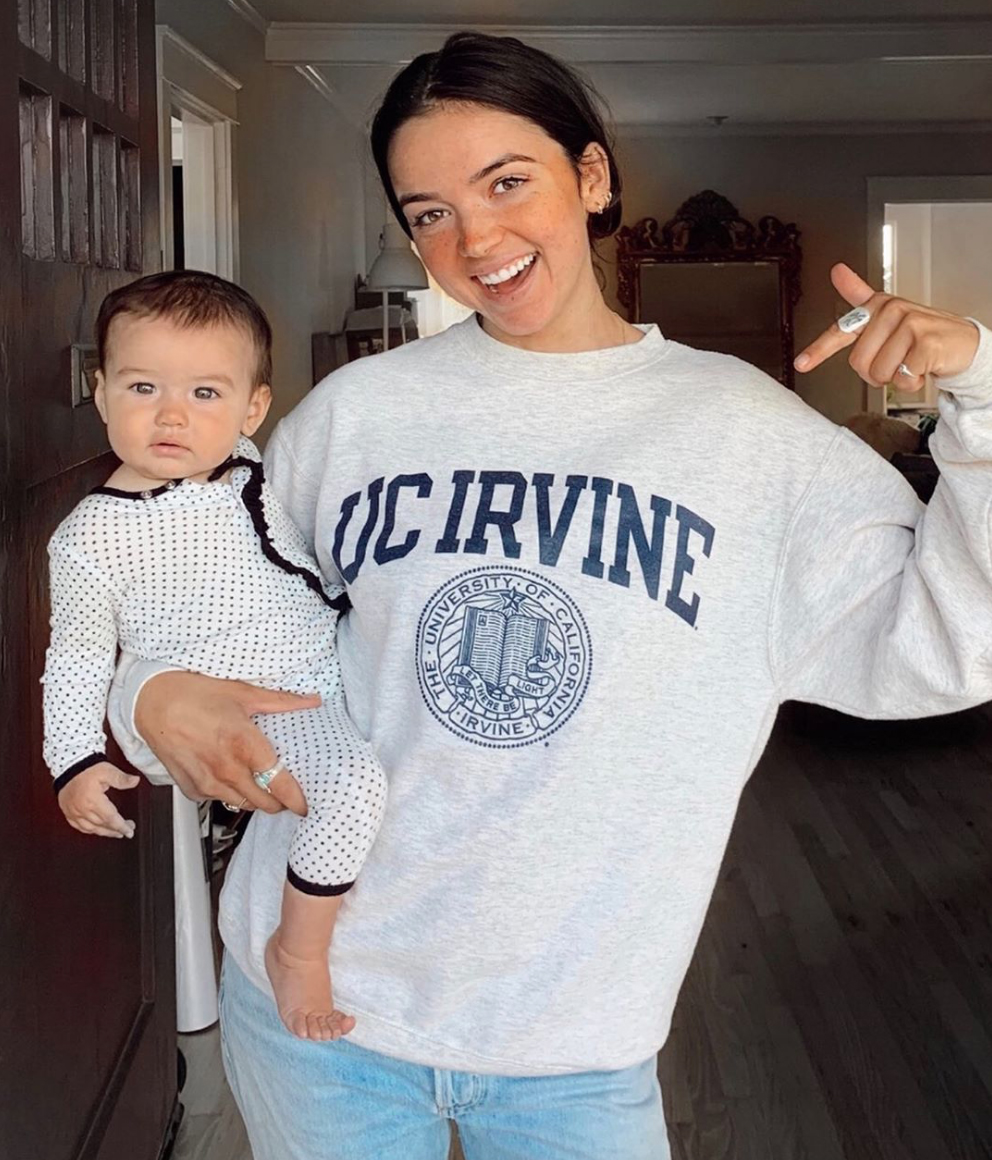 Even though she’s juggling so much, the former ABC personality is thriving in her relationship with her boyfriend, Grayston Leonard. “Gray and I are doing super good and are stronger than ever!!” she went on to write on social media. “We’re so supportive of each other’s hustles right now and it’s something I haven’t experienced before with a partner. We are both so busy 24/7 (he’s always working at @long_beach_rising) but he is my happy place.”

Six months after giving birth, the “Chatty Broads” podcast cohost told Us Weekly exclusively about her plans to give Ruth younger brothers or sisters. “I would be fine with five or six [kids],” she revealed in August. “Maybe just five. But for now, we want to keep it just [Ruth] for a couple of years. We can travel with her really easily, so we want to stick with her and then go for the rest.”

Last month, Martinez gushed about her return to the University of California Irvine to finish her degree. “Hopefully, this is my last first day of college ever,” Martinez captioned a September Instagram post. “This Bachelors degree has been seven years in the making and I’m ready to get this s–t over with.”