What a cute collab! John Legend released a new version of “Happy Christmas (War Is Over)” with a little help from his family.

“Recording this song was such an inspiration, and I got to include my wife and my daughter in the process,” the EGOT winner, 40, said of the Amazon original on Thursday, November 21. “We all came together to sing a beautiful song that needs to be heard, and I’m thrilled for my fans to be able to hear it on Amazon Music.”

The “All of Me” singer added, “In their original version, John Lennon and Yoko Ono were speaking to that desire for peace, and I think it’s a good message for us right now.” 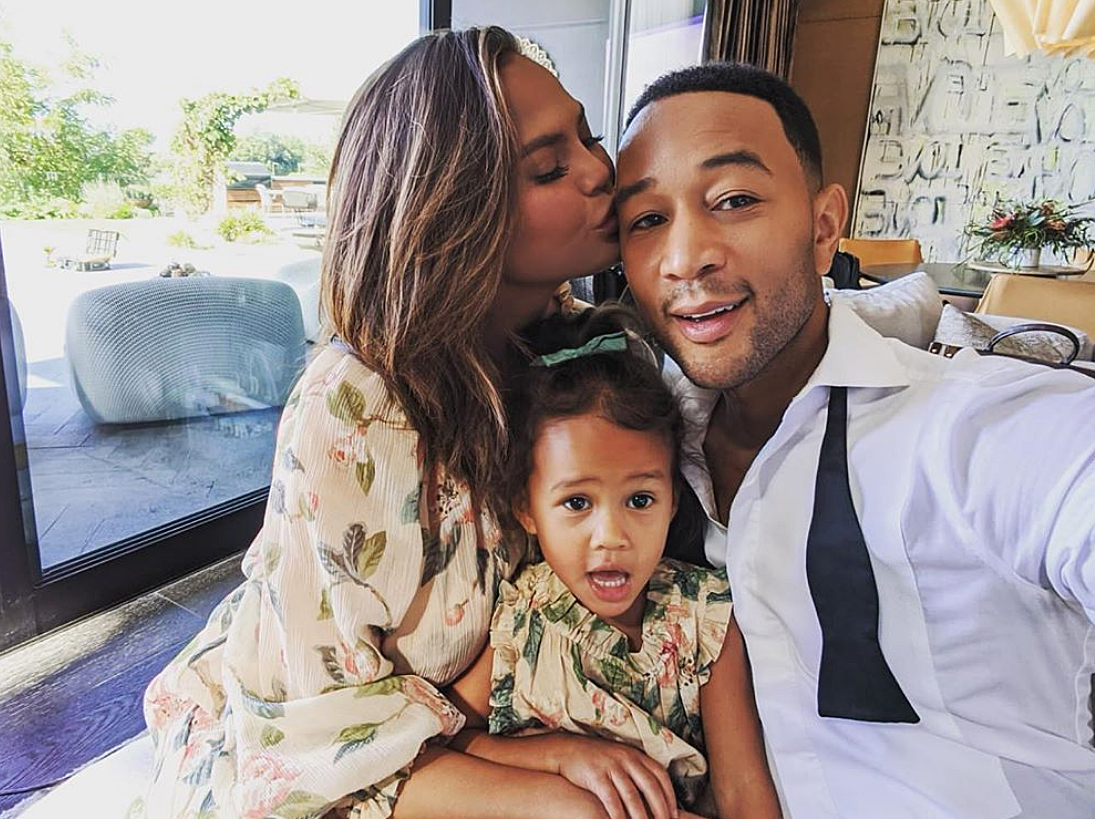 The last time Legend worked with his 3-year-old daughter, Luna, was in February for a Pampers commercial. The Ohio native changed his now-18-month-old son Miles’ diaper while singing the “Stinky Booty” song. “I’m going to need some backup on this one,” the songwriter said, turning to Luna. The little one whipped out a wet wipe and threw it at her dad.

Chrissy Teigen, 33, appeared in the commercial as well, alongside Adam Levine and his now-21-month-old daughter, Gio. As the dads sang to their little ones with a choir, the Bring the Funny judge walked in, asking, “Must we do this every time?”

She and Legend, who wed in 2013, welcomed Luna three years later. The toddler became a big sister in May 2018 when Miles arrived. Their youngest is the spitting image of his dad — but his personality is all his own.

However, in November 2018, Teigen was convinced her son was just like Legend. “Miles is a clone of John in so many ways,” the Cravings author told Us at the time. “He literally has his personality type and face. … Even when Miles is sick and has a running nose and isn’t feeling good, he still smiles and is so happy, just like John. I’ve never seen him in a bad mood in all six months. He is a little version of John.”

The singer agreed, adding, “It is pretty wild to see his face and mannerisms. They match mine so much.”