Proud parents! Prince Harry and Duchess Meghan posed for family portraits with their son, Archie Harrison Mountbatten-Windsor, at his christening on Saturday, July 6.

The couple’s official Instagram account posted two photos: One with the extended family, include Prince William and Duchess Kate, and a black-and-white portrait of the family of three. “The Duke and Duchess of Sussex are so happy to share the joy of this day with members of the public who have been incredibly supportive since the birth of their son. They thank you for your kindness in welcoming their first born and celebrating this special moment,” the caption read.

The ceremony took place at St George’s Chapel in Windsor Castle, marking yet another major milestone that the Duke, 34, and Duchess of Sussex, 37, have celebrated there. Not only did the royal pair get married in the same location in May 2018, but Harry was baptized in the very same location in 1984. 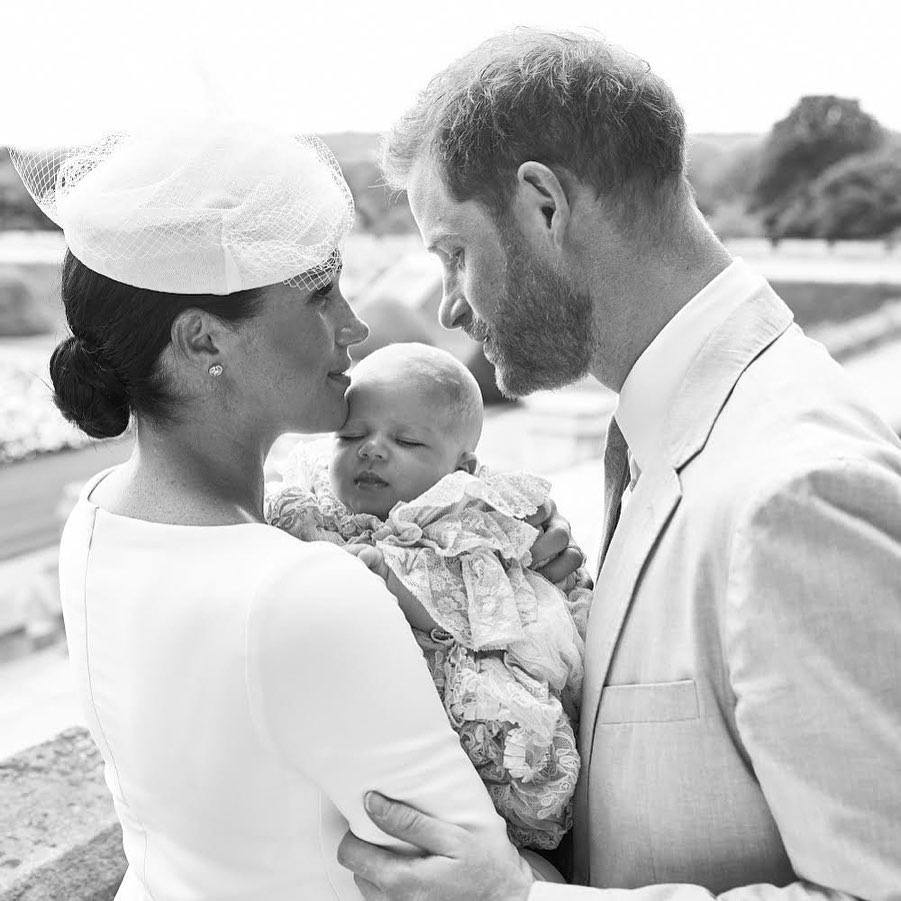 The last royal baby to be christened, 14-month-old Prince Louis, was also photographed with his family members following the special occasion. The little one, who was baptized at the Chapel Royal in St James’ Palace in July 2018, slept in Duchess Kate’s arms in official photos taken by Matt Holyoak, alongside Prince William and his elder two children — Prince George, now 5, and Princess Charlotte, now 4.

Then-newlyweds Meghan and Harry, as well as Princes Charles and Duchess Camilla, attended their nephew’s ceremony and appeared in the portraits.

Three months after Louis’ christening, the Suits alum announced that she was pregnant with her own royal baby. She and the duke welcomed their son in May.

“He has the sweetest temperament,” the former actress told members of the press when the infant made his debut. “He’s really calm. … He’s been the dream, so it’s been a special couple of days.”

Meghan added, “It’s pretty amazing and I have the two best guys in the world, so I’m really happy.”

Keep scrolling to take a look at the adorable family portraits they released following Archie’s christening.