Getting through the darkness. Shawn Johnson opened up about her past eating disorder to her YouTube followers and revealed how she recovered following “self-image issues” brought on by being an elite gymnast.

The gold medalist, 28, recalled her rocky road to self-acceptance during her “body image issues: 110 lbs to pregnant” video posted on Saturday, June 27.

Johnson, who is now married and has an 8-month-old daughter, revealed that when she was training for the 2008 Olympics she restricted herself to 700 calories a day and would often pass out while at practice.

“One of the things that was, I guess, a sacrifice and a cost of the sport was my perfectionism,” she explained, noting she took her own perfectionism too far both in and out of the gym.

“As soon as the Olympics were over and I didn’t have gymnastics and the Olympics to work for, I quickly realized I had a self-confidence and self-image issue,” she continued. “If I couldn’t maintain perfection, I would go to any and all cost to achieve it.” 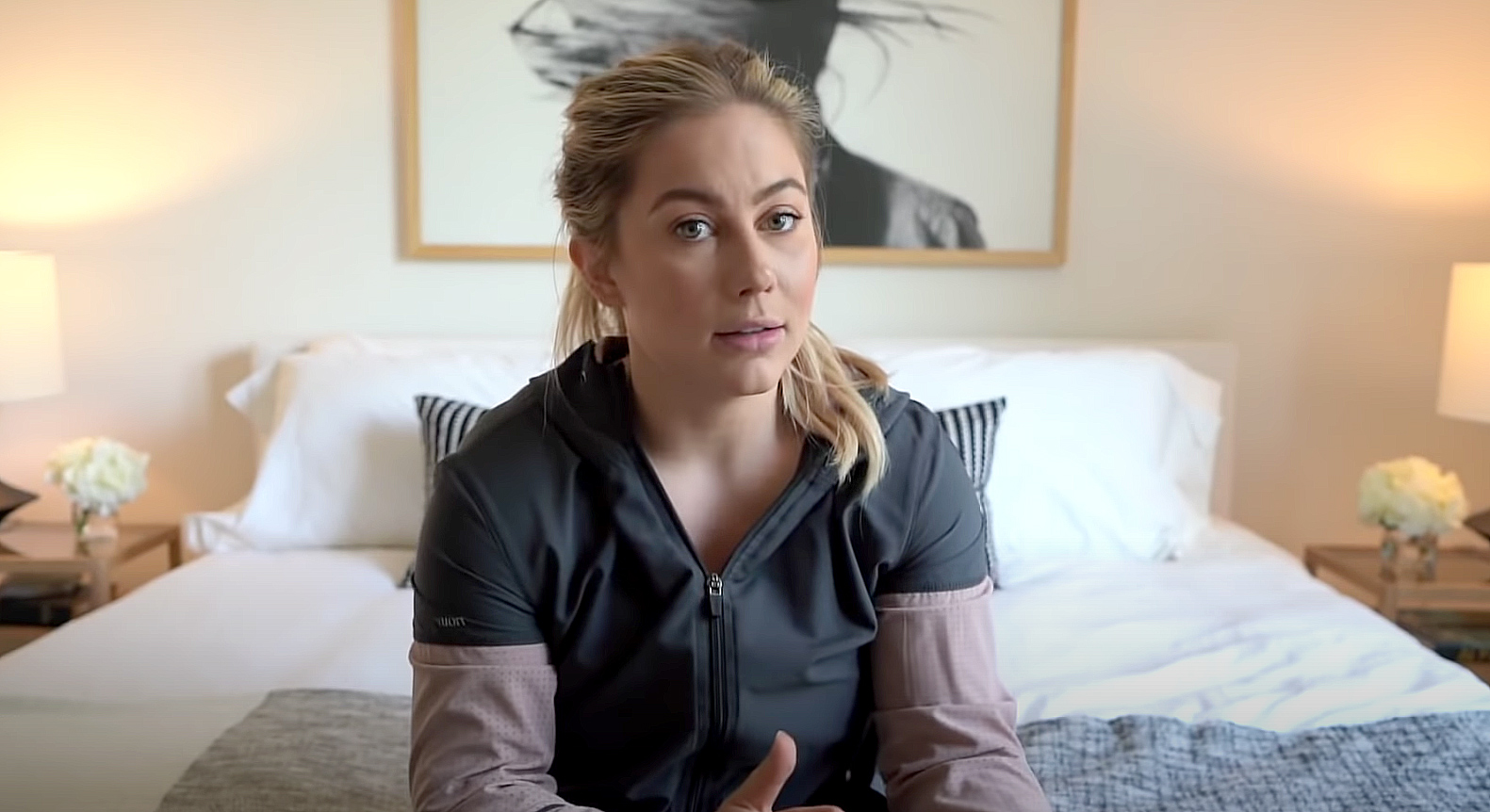 Once the 2008 games were done, Johnson gained weight as a result of not training constantly, which she said she thought was “the worst thing in the entire world.” That perception led to the Iowa native taking weight loss pills and Adderall.

“In my mind, everybody praised me for what I did at the Olympics. They praised who I was as a human being when I was there,” she said. “In my mind, if I could look like that, not necessarily compete or do gymnastics, but if I could be that person again, then the world would say that I was enough and I was accepted, which didn’t make any sense.”

Johnson noted that she went through a “dark kind of spiral” for a few years, which was full of spikes in her metabolism due to taking drugs and fad dieting.

The Olympian revealed that she hit a serious low three years after competing, when she got hurt on a ski trip and acknowledged that she was not happy with her body or her life. This realization led to Johnson’s return to the sport and her attempt at making the 2012 Olympic team.

“I thought it would fix all my problems,” she said, noting that she quickly returned to her bad habits. After competing again, she started to “burn out” on the sport and took Adderall to help her performance.

“There was nothing in my life that was healthy,” Johnson recalled of her life in 2011. She decided to walk away from gymnastics before the 2012 games and hired a therapist and nutritionist to get on track.

Johnson revealed that she still had “deep rooted insecurities” even after meeting her now-husband, Andrew East, a few years after leaving gymnastics.

She continued to make progress, however, by adding more meals and calories into her diet and weening herself off of Adderall. After getting engaged to East, 28, in 2016, Johnson said she was in a good place when she got pregnant and suffered a miscarriage in 2017.

When the couple decided to try for a child again, the former athlete was scared of relapsing if her body changed due to a pregnancy.

In reality, getting pregnant with her daughter, Drew, made Johnson’s fears change. She said she became afraid of not eating enough to “protect her baby,” which was the opposite mentality she had as a teen.

“The world’s constantly trying to change you, but now with Drew, all I want to do is be a good influence,” she said. “Having gotten clean from the medications and the prescriptions and just the obsessiveness, I wouldn’t change anything for the world.”

Johnson added: “I love that I went through it. It was very hard and I don’t wish it on anyone, but I’ve had these tough experiences that make me a stronger mom that will allow me to teach Drew how to be strong as well.”