We know. We know. In Texas everything is bigger. Massive malls, oil fields, dance halls. And in Dallas, epic historical and pop-culture moments. The assassination of JFK. The Cowboys’ five Super Bowl wins. The cliffhanger that left the world wondering… Who shot JR? But today’s Dallas — a mix of tradition, new blood and indie vibe — gives families a big time too. Here, kiddos roam wide-open spaces with lions and tigers and hippos (oh, my!) and boot-scoot with mom. Tweens fill up on crazy-good Southern food and go back to class with a deeper understanding of science and world history. With so many backyards and book bars and parks aplenty, Dallas truly brings kin and kind together. 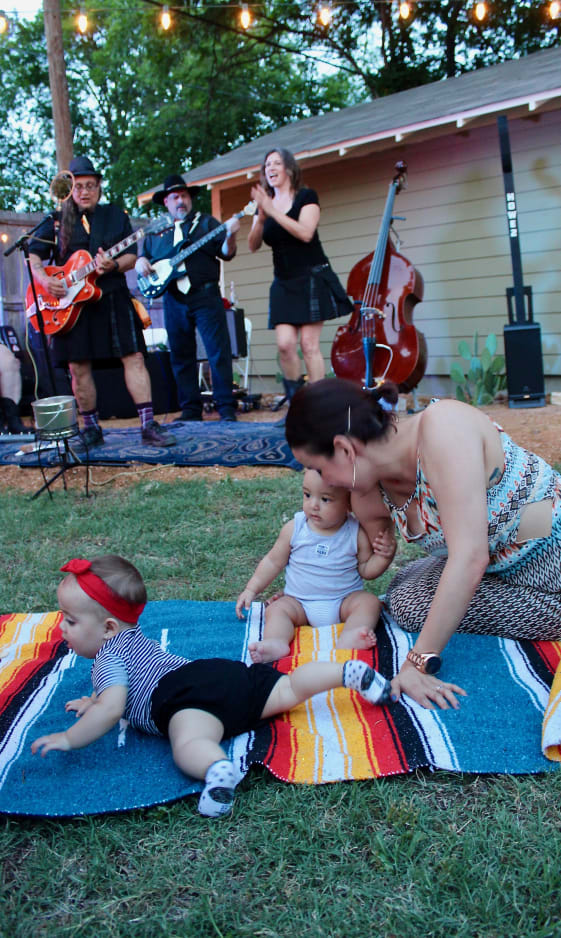 Book a Lower Greenville Airbnb and stroll to eclectic family-owned shops, eat farm-to-table fare and enjoy plenty of patio play. At my niece’s engagement party recently, babies on Bonita Avenue rolled on blankets before a neighborhood Bluegrass band. Likewise, from morning till night, restaurant backyards are abuzz with live music.

Amid tree houses and Airstreams, it’s always a picnic at the The Truck Yard. Check out their rotating food schedule or just go with their signature cheesesteak. Another cool collective of Texas cuisine is The Lot, where parents can play cornhole to the band’s beat while their kids dig in the sand. Also nearby is Pat’s Backyard at The Rustic, offering cactus fritters, calf fries, homegrown steaks and 35 local craft beers. On the lighter side is their jam and toast brunch served Saturdays and Sundays with tunes. Sundown at Granada has dinner music on the patio overlooking Greenville Avenue and next door to the iconic art deco Granada Theater. Here — where Willie Nelson, Adele and Bob Dylan have played — catch concerts and free films — cult classics like Edward Scissorhands, Mrs. Doubtfire or Office Space — on the rooftop on Wednesdays. 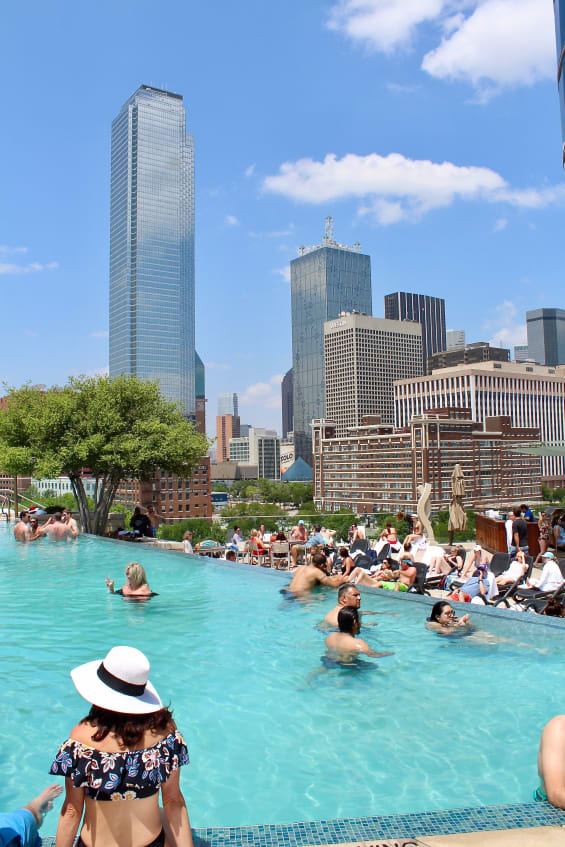 If traveling with tweens or teens, staying nearer the West End Historic District, dense with museums and educational landmarks, is another great option. They’ll thank you for booking Omni Dallas for its fitness center and rooftop infinity pool overlooking Pioneer Park Cemetery and the downtown skyline. You’ll love the central location, helpful staff and free transportation provided within a 2-mile radius of the hotel, which includes Dallas Farmers Market and Klyde Warren Park. 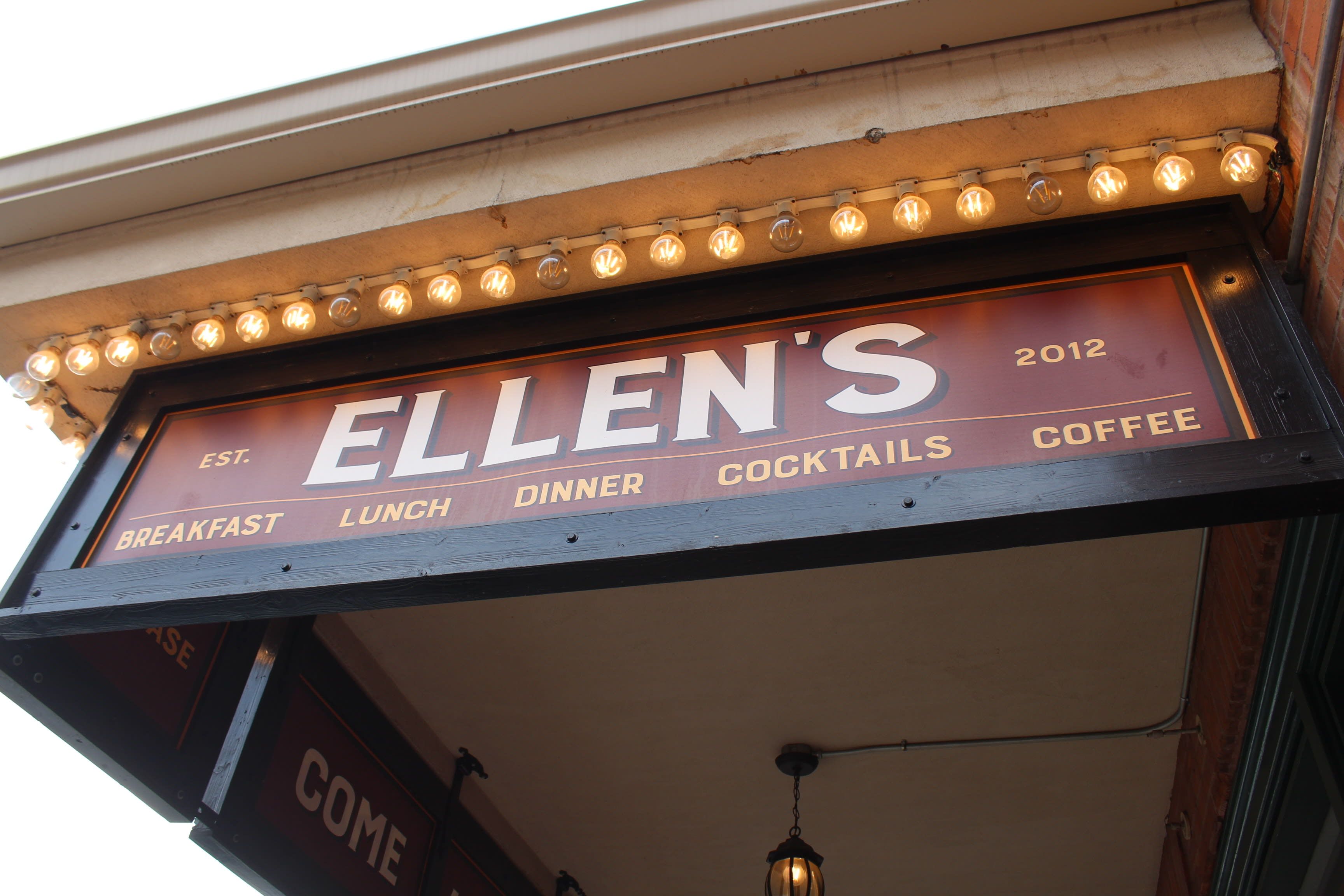 Before feeding their brains, feed their bellies at Ellen’s, which serves brunch all day and is named after the owner’s mom. The service is fast and the portions — the big ol’ breakfast, crab cake Benedict, shrimp and grits, fruit and granola, even the craft cocktails — are huge. Also Meso Maya is another local favorite for brunch and lunch, with its relaxed atmosphere and award-winning regional Mexican cuisine by chef Nico Sanchez. One more must-taste is Bird’s Bakery, Dallas’ go-to for simple, nostalgic made-from-scratch wedding cakes and cookies. Elizabeth Chambers, mom of two young children, learned to cook from her mom and grandmother. Her mini cupcakes and play area keep toddlers busy while moms enjoy adult-size desserts of their own. 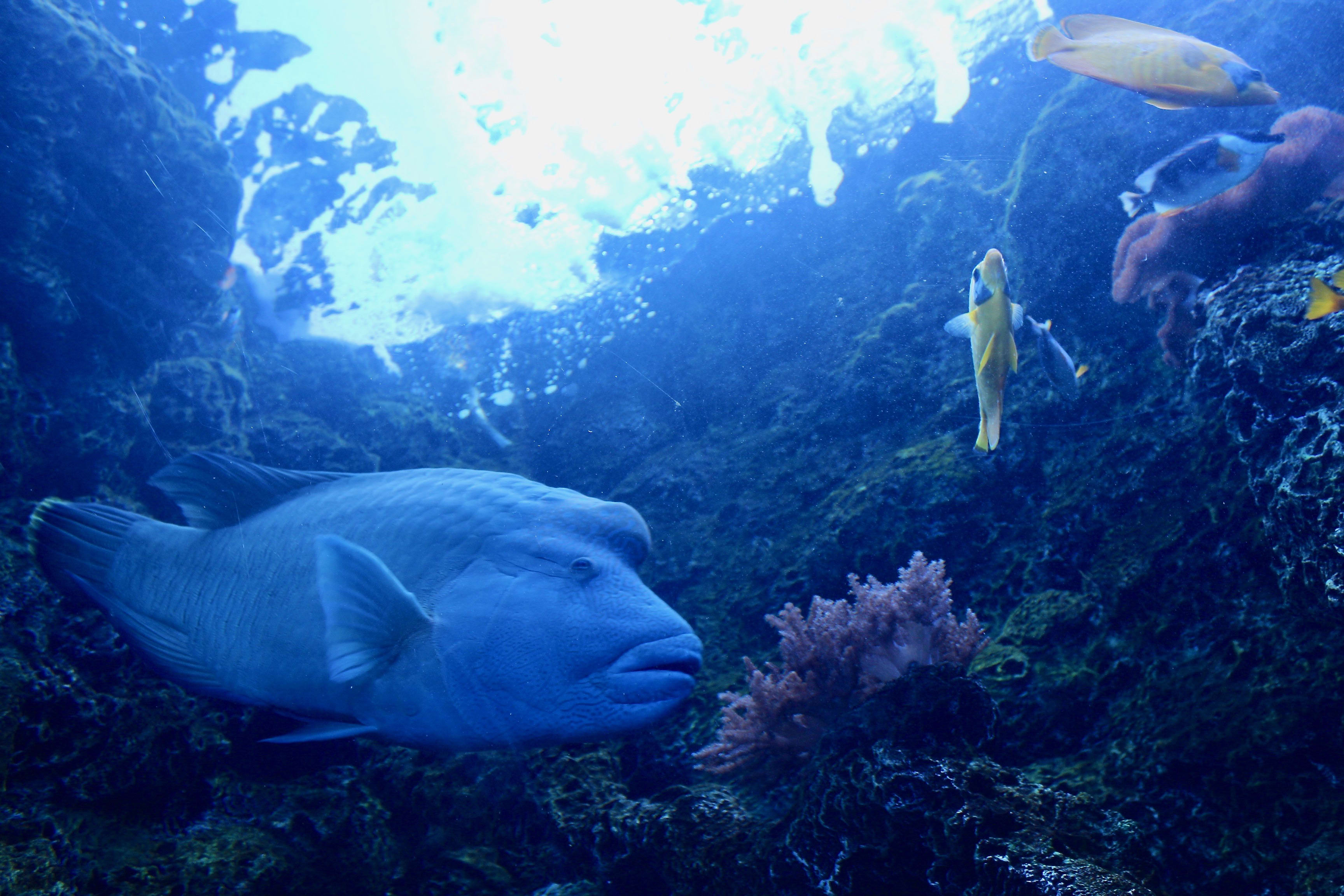 Urban cowgirls and cowboys of all ages will enjoy the Dallas World Aquarium, with its Orinoco Rainforest, South African penguin exhibit and marine life from around the globe. Brochures listing feeding times, talks and performances by the Grupo Pakal performers are provided at the entrance. Partnerships with conservation organizations in the U.S., Venezuela, Brazil, Peru, Panama, Colombia, Mexico and Costa Rica allow children to learn how to protect endangered species.

Steps away is the Perot Museum of Nature and Science, where the not-to-be-missed “Ultimate Dinosaurs” exhibit uses technology to bring to life skeletons of 17 rare species. Nearby is the Dallas Holocaust Museum/Center for Education and Tolerance. Focusing on April 19, 1943, when the 20th deportation train from Belgium was attacked by partisans, the Warsaw Ghetto Uprising started, and the Bermuda Conference met, the center strives “to show that the decision to do the right thing — to stand up against the forces of brutality, hatred, and evil — can be made under the worst conditions… and that the decision to stand by and do nothing can perpetuate human suffering and cost lives.” Likewise, the Sixth Floor Museum at Dealey Plaza profiles courage. The permanent exhibit “John F. Kennedy and the Memory of a Nation” fosters understanding of 1960s culture and encourages cross-generational communication with teens, parents and grandparents. 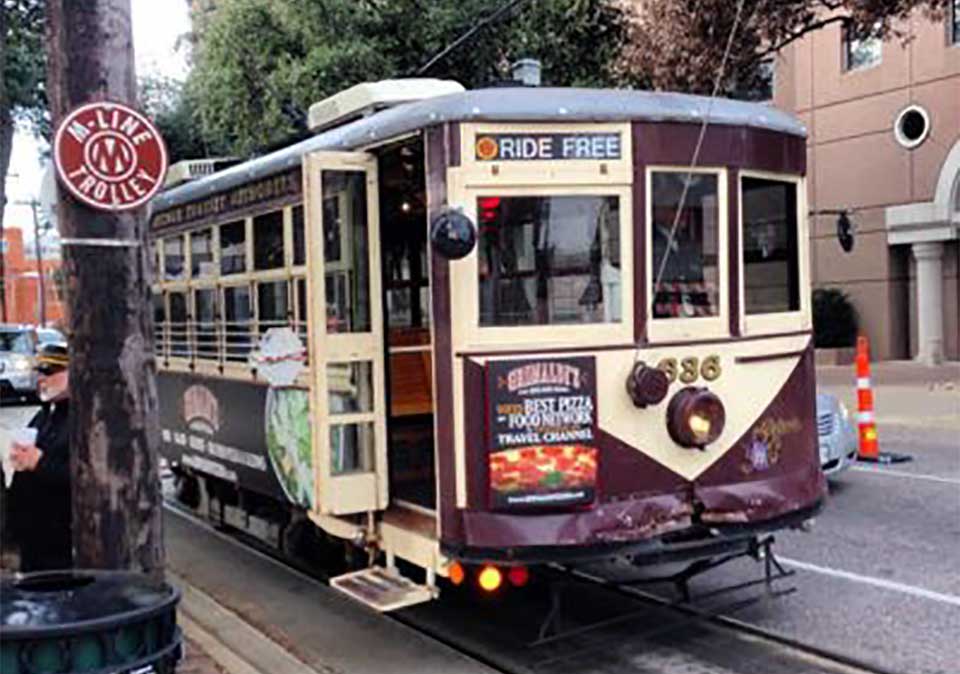 Hop on the free McKinney Avenue Trolley and head south to Oak Cliff. Here, explore the Bishop Arts District, home to 60 independent boutiques, restaurants, bars, coffee shops and art galleries. Nearby is the Dallas Zoo. Started in 1888 with two deer and two mountain lions, today the biggest zoo in Texas has over 406 species across 100 acres. See the “Giants of the Savanna” exhibit, one of the few to mix species — elephants, ostriches zebras and giraffes — and check the schedule for family hikes.

Drop into The Wild Detectives, a bookstore started by Javier García del Moral and Paco Vique, Spanish civil engineers and friends, to get people talking over booze, books, coffee and music. Since 2014, they have programmed over 300 literary/cultural events, and every Sunday, they offer Kids in the Cliff, where children’s stories on themes such as friendship are read and discussed.

And for your last stop, try The Texas Theatre, where they show classic movies and serve the cocktails they inspired. Tell your teens it was opened in 1931 by Howard Hughes and is the historic landmark where Lee Harvey Oswald was arrested for shooting JFK. If you go on class of ‘88 movie night, you can bond over back-in-the-day movies like Big or The Land Before Time.