When you think of The Weeknd what likely comes to mind is the singer and his chart-topping hits —including “Save Your Tears” and “I Can’t Feel My Face,” — the fact that he slayed as 2021 Super Bowl halftime performer, and maybe even that recent mysterious outing with Angelina Jolie. But do you think fatherhood? It seems the “Starboy,” born Abel Tesfaye, is planning for a future with kids, as he shared in a new interview with GQ. 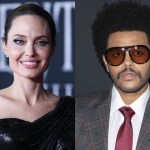 The Grammy winner shed light on his future plans for children despite previous protests. “I eventually want a family. I know I say I don’t, but I know I do. I want children.” While his stance in the past that he didn’t want a family was likely a defense mechanism (in the words of the article’s author Mark Anthony Green), the singer added, “I guess I say it because I like the trajectory of my career. But also I feel like having children would influence me and inspire me more.”

So his future kids would probably hear dad’s music as they get older, and The Weeknd has given some thought to how he’d explain his sexual lyrics to them. “At the end of the day, it’s my art,” he says, “and that’s who Daddy was.”

Up next for The Weeknd is a new album, which may be released on Aug. 6 — at least that’s what he’s been teasing lately with Instagram posts like this. In a July 13 tweet, he said “… the dawn is coming” followed by “just so there’s no confusion, it’s a full body of work.”

Don’t worry, The Weeknd, we’ll be on the lookout for the album — and no pressure on those future babies!

Before you go, check out these celebrities who gave their kids unique baby names.